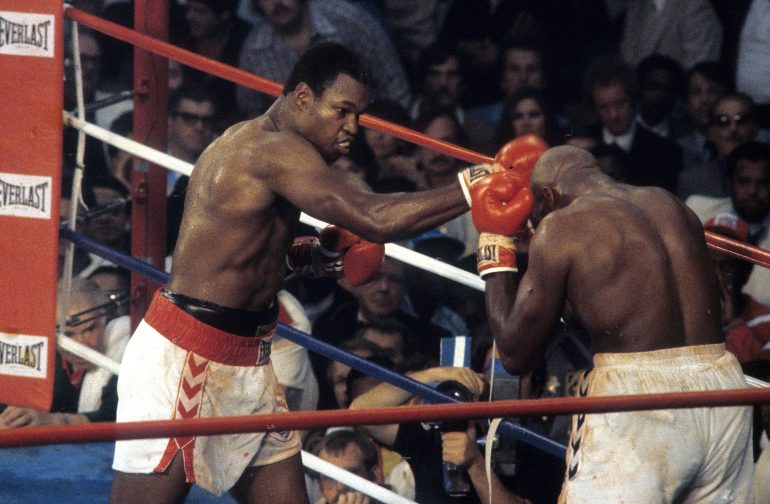 Holmes (left) at war with Shavers in their 1979 rematch. Photo by The Ring/ Getty Images
02
Sep
by Tom Gray

One by one we’re losing the greats from that sparkling heavyweight golden era of the 1970s. Ali, Frazier, Norton, Quarry and Lyle to name a few. While some were greater than others, the supporting players helped define the superstars and created a rich quality within the glamor division that has rarely if ever been matched.

On Thursday it was announced that two-time heavyweight title challenger Earnie Shavers had passed away at the age of 78. The cause of death is as yet unknown. While Shavers never reached the pinnacle of the sport, he was revered by fans the world over. Since news of his passing became public, social media has been inundated with tributes and highlight reel knockdowns and knockouts.

All-time great heavyweight Larry Holmes mixed with Shavers twice and has almost half a century of history with one of the sport’s ultimate power punchers.

“I sparred with him up at Grossinger’s (boxing gym) in the early 70s,” Holmes told The Ring on Friday. “I was one of five sparring partners. Earnie wanted you to work. He wanted you to come in, try to hit him with whatever [his opponent] was going to hit him with and that was it. I did that. Sometimes I got lucky and hit him good. Sometimes I didn’t. He was a great fighter.”

On Sept. 29, 1977, Shavers came very close to hitting the jackpot against then-champion Muhammad Ali. In Round 2, Shavers landed a succession of right-hand bombs, any one of which would have put a lesser man out for the count. “The Greatest” bluffed his way out of trouble and displayed incredible fighting guts to claim a 15-round unanimous decision.

“I tell you what, when Earnie Shavers hit Muhammad Ali, he felt it,” said Holmes, who has always been outspoken about the damage his mentor absorbed that night. “I always told Earnie that Ali was messed up and slow [because of the punishment he took in that fight.] Earnie would say, I didn’t do that, everyone else did it. I told him, ‘Nobody else hit like you, Earnie!’

“It was a close fight with Ali and Shavers. Earnie hit him hard and it lasted all day. If Earnie hits you today, it lasts until tomorrow.” 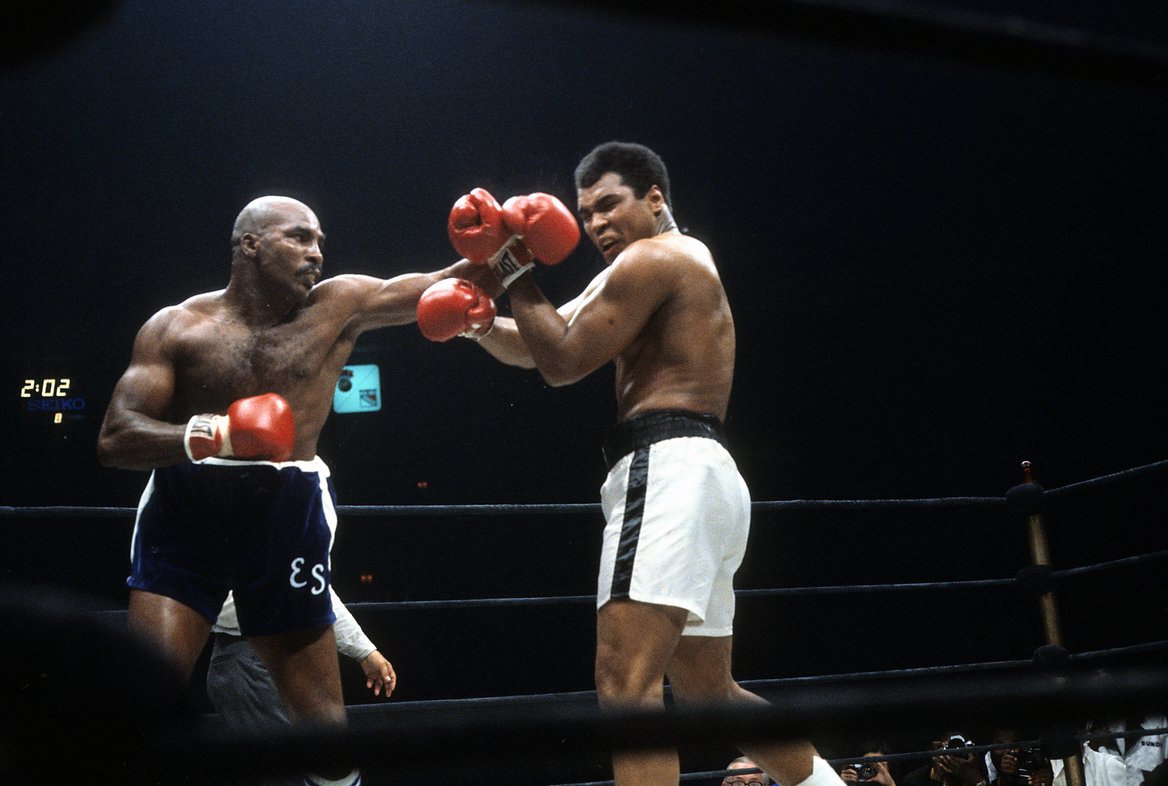 Six months after Shavers had rocked Ali’s world at Madison Square Garden, he was matched against an undefeated Holmes at the Caesars Palace Sports Pavilion in Las Vegas. Shavers launched his vaunted bombs, but Holmes boxed a near-flawless fight to claim a dominant 12-round unanimous decision win.

On June 9, 1978, Holmes relieved Ken Norton of the WBC championship via 15-round split decision and so began one of the most dominant reigns in heavyweight history. In his fourth defense, Holmes was matched against old rival Shavers, who became mandatory challenger after crushing Norton in just 118 seconds.

Holmes banked six rounds of the Shavers rematch without breaking sweat. The challenger bled from cuts around both eyes and absorbed even more punishment than he had in fight one. And then it happened. In Round 7, Shavers’ right hand crashed into Holmes’ jaw and the champ went down as though he’d been shot.

“Earnie came to my house a lot over the years and we’d laugh and talk,” recalled Holmes. “He’d say, ‘I had you, Larry!’ He hit me a couple of times, knocked me down and stuff. I told him, ‘You hit too damn hard!’ I’ve said it before, he knocked me out with that shot and when I hit the ground I woke up. Not long ago, I told him that story.

“If they’d made me fight Earnie again, they’d have had to pay me a whole lot of money. And he could box, too. He had to be able to box to last as a long as he did. No one really wanted to fight Earnie. He’d hit you, hurt you and it was Goodnight Irene.”

Shavers succumbed to an 11th-round stoppage in the Holmes return. He would never fight for the title again and had patchy form against a new generation of heavyweights during the 1980s. The Alabama-born slugger retired with a record of 74-14-1 (68 KOs).

As has been the case with many of the heavyweights who competed in the same era, the sport eventually caught up with Shavers. Holmes had noticed his friend’s plight. “Earnie had been a little limpy – you’d get a word or two and that was it,” he said. But despite being aware of this slow decline, the former champ was still affected when Shavers’ death was confirmed.

“Earnie was always good to me. He came here to Easton (Pennsylvania) a lot of times. If I needed something, he’d come – no charge or nothing. He came to a golf tournament here and everyone liked him. Earnie was a good guy and he never complained about anything.”

While he never made champion, Shavers’ legacy is that of a homerun hitter – arguably the hardest single-punch destroyer in boxing history. Others that he’s matched up against in this category include Sonny Liston, George Foreman, Mike Tyson and Deontay Wilder.

So where does “The Easton Assassin” rate Shavers as a puncher?