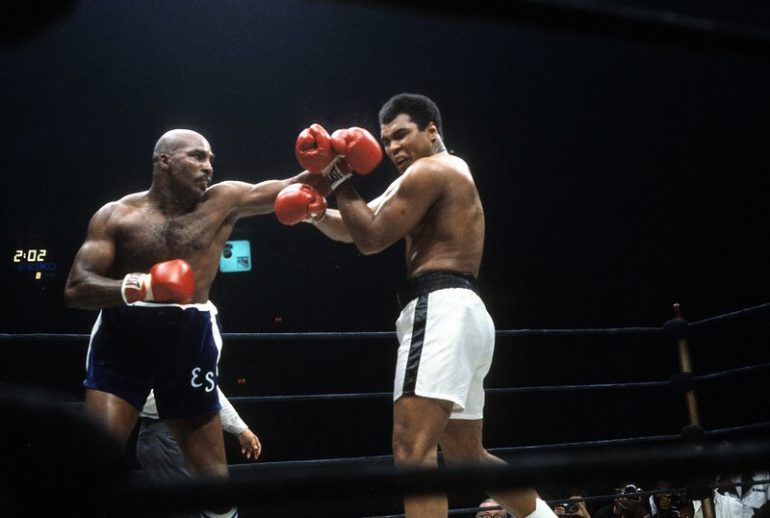 Earnie Shavers, considered by many to be the heaviest punching heavyweight boxer in history, has died.

The news was announced Thursday, a day after Shavers’ 78th birthday. A cause of death was not immediately known.

Shavers (74-14-1, 68 knockouts) fought between 1969 and 1983, before making ill-advised ring returns in 1987 and 1995. He fell short in two attempts at the heavyweight championship, rocking Muhammad Ali repeatedly in a unanimous decision loss in 1977, and dropping Larry Holmes in an eleventh-round stoppage loss in 1979 with one of the most devastating right hands that didn’t produce a knockout win.

Shavers’ fearsome punching power and shaved head intimidated many opponents, as he counted respected contenders like Jimmy Ellis, Jimmy Young and former heavyweight titleholder Ken Norton among his knockout victims. In other decades, the Cleveland-based puncher would have been a heavyweight champion, but he fell short in the divisions toughest era, losing to contenders like Jerry Quarry and Ron Lyle.

Iron-chinned Randall “Tex” Cobb, who stopped Shavers in a sloppy, entertaining brawl in 1980, explained Shavers’ power in a later interview: “Nobody hits like Shavers. If anybody hit harder than Shavers, I’d shoot him.”

Holmes, who fought Shavers twice, said Shavers hit even harder than Mike Tyson, who was the only man to stop Holmes in his career: “He hit me and I was face down on the canvas hearing saxophonist Jimmy Tillis,” said Holmes.

Ali admitted post-fight that Shavers had hurt him several times in the fight, and later named Shavers as the hardest puncher he’d ever fought, outpacing other knockout punchers like Sonny Liston, George Foreman and Joe Frazier.

Born August 31, 1944 in Garland, Alabama, Shavers turned professional after 26 amateur bouts and was guided early on by future promoter Don King after he relocated to Ohio. Shavers was ubiquitous in Las Vegas during his later years, signing autographs for fans at casino appearances.

The Ring ranked Shavers as the tenth greatest puncher of all-time in a 2003 list. He was upgraded to No. 7 in the publication’s recent special ranking the top 100 punchers of the last 100 years.