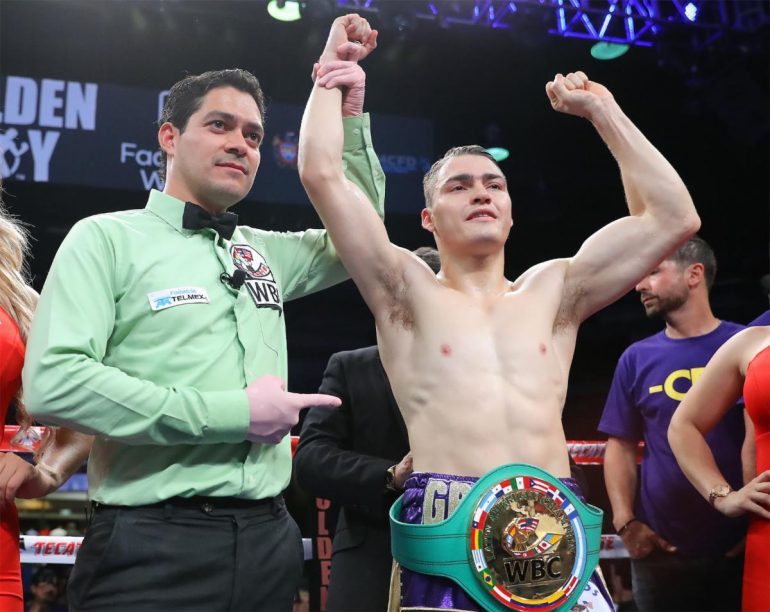 “I am very happy and feel super enthusiastic about staying with Golden Boy,” said Oscar Duarte. “We faced very difficult times during the pandemic where I didn’t get to have a lot of activity inside of the ring. But I am feeling very hungry to show the world who Oscar Duarte is. I am coming into this with firm steps and everything I have inside of me. I have momentous gratitude for Oscar De La Hoya and all of the Golden Boy team for trusting me and for the opportunity to be a part of their great company.”

Duarte’s last appearance as the co-main event of Munguia vs. Kelly solidified what many had seen in him: a physically tough fighter with natural power that will continue to make waves in the division.

“We signed Oscar Duarte as a young prospect with only five fights under his belt, and have developed him to become a world title contender,” said Chairman and CEO of Golden Boy Oscar De La Hoya. “We are proud to have him continue to be a part of the Golden Boy family and one day become a World Champion representing Mexico.”

“We feel very excited about this new deal and are filled with utmost gratitude for Golden Boy, Oscar De La Hoya and his entire staff for the confidence in Oscar Duarte,” said manager Gabriel Soto. “Without a doubt we have a future star in our hands, a future world champion, and a future idol who 100 percent represents Mexico. As his manager, alongside Memo Rocha, we are fully confident that after a brief pause due to the pandemic, Duarte will come back into the ring with everything.”

Managed by one of the biggest Latino celebrities, actor Gabriel Soto, Mexican fighter Oscar Duarte made his professional debut on the undercard of Victor Terrazas vs. Cristian Mijares in 2013, defeating Manuel Isaias via first round technical knockout. In September of 2015, Duarte made his introduction to U.S. fans with an impressive four-round win over previously unbeaten Alejandro “Po Po” Salinas. He formally signed with Golden Boy in 2016 and has since built out his fighter profile becoming a two-time WBC Latino Light interim title holder in 2019 and then captured the vacant NABF Lightweight title in 2020. Duarte will be looking to fight for a future world championship in the stacked division.