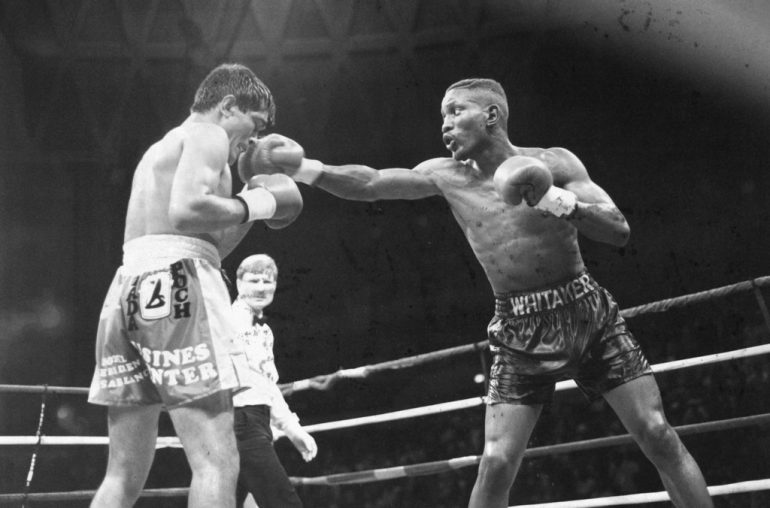 A master of his craft.

On August 20, 1989, Pernell Whitaker scored a thoroughly one-sided 12-round unanimous decision over Jose Luis Ramirez to add Ring and WBC lightweight titles to his IBF version at The Scope in Norfolk, Virginia. The official scores were 120-108, 120-109 and 117-111.

Whitaker, who captured his first title by outpointing Greg Haugen six months earlier, had history with Ramirez. In March 1988, “Sweet Pea” ventured to France and outboxed the Mexican warrior for the majority of a 12-round fight. However, when the judges scores were rendered, Ramirez had shockingly retained his WBC title on a split decision.

“I don’t think I did anything wrong the first time,” Whitaker told The Ring years later. “It’s always good to get a rematch of a fight you should have won. Ramirez was the champ. I don’t know what he did well – I just countered what he did. He fought the way he thought he could to win the fight, but I learned a lot from the first fight.”

The 25-year-old Whitaker put on a dazzling display in his home city. He kept his opponent on the end of an accurate southpaw jab, controlled distance and displayed incredible grace. By comparison, Ramirez was fighting in slow motion. The former Olympic champ frequently stood in the pocket and avoided punches by moving his head, bending at the waist or bending at the knees.

There were times when Whitaker intentionally placed himself in danger by retreating into a corner and daring his man to unload. Ramirez would release punch after punch and hit thin air. The home fighter’s timing and reflexes were just astonishing.

“I just went out and did things a little different and made it look a little easier the second time around,” Whitaker recalled. “I knew I was going to do a lot better than the first time; I knew I could make this fight a lot easier than the first time. I (think I won nine rounds in the first fight) and the rematch, I won all of them. He didn’t get a single round from me. I was a young kid. Winning a world title is always exciting; I was super excited for my family – my mom, really.”