Albert Bell returns to action against Nicolas Polanco in September 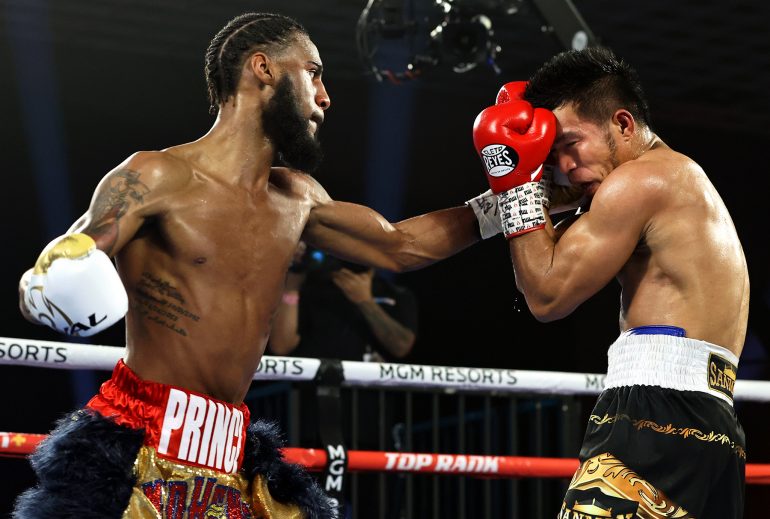 Unbeaten junior lightweight Albert Bell will face Nicolas Polanco on September 3, promoter Vick Green confirmed to The Ring on Tuesday evening. The 10-round bout will take place at the Huntington Center in Bell’s hometown of Toledo, Ohio.

Bell (21-0, 6 knockouts) last fought on April 15, also in Toledo, defeating Martin Diaz of Nicaragua by decision over eight one-sided rounds. The win over Diaz took place less than seven months after Bell stopped Daulis Prescott in the opening round.

The 29-year-old recently had a war of words with once-beaten Chris Colbert. Green stated Bell would love to fight Colbert, but nothing went beyond the preliminary talking stages.

“(Colbert) does a lot of talking, but always has an excuse (for not finalizing a deal),” Green told The Ring. “He knows Albert would destroy him.”

Polanco (20-2-1, 11 KOs), who resides in Santo Domingo in the Dominican Republic, lost by majority decision to Jaime Arboleda in his last bout on January 14. The 32-year-old was unbeaten in his previous four bouts after losing by unanimous decision to countryman Javier Fortuna.

Green also announced lightweight Thomas Mattice (18-3-1, 14 KOs) will fight in the co-main event that evening. The 31-year-old will face an opponent to be determined.

Mattice, who resides in nearby Cleveland, knocked out Jessie Cris Rosales of the Philippines in his last bout on May 21. He won by knockout over then-unbeaten Michael Dutchover in September 2019.

Heavyweight prospect Roney Hines (11-0, 8 KOs), another fighter who resides in Cleveland, will square off against Detroit’s Craig Lewis (14-5-1, 8 KOs) in an eight-round bout. Lewis has lost his last four bouts, all against contenders and prospects, including Junior Fa, Jermaine Franklin, Carlos Takam, and, most recently, Zhilei Zhang.