On this day: Muhammad Ali debuts in Ireland, stops Al ‘Blue’ Lewis in 11 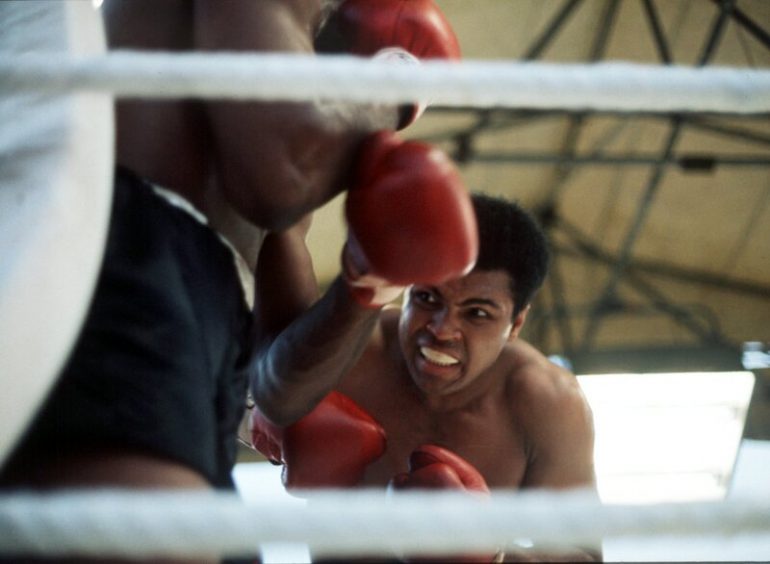 A largely uneventful fight with interesting events surrounding it.

On July 19, 1972, Muhammad Ali scored a dominant 11th-round stoppage over Al ‘Blue” Lewis at Croke Park in Dublin, Ireland. The official time was 1:15.

Ali, who had won six fights in a row since suffering his first loss to then-heavyweight champion ‘Smokin’ Joe Frazier, elected to travel overseas for the second time in 1972. In April of that year, he’d visited Tokyo and scored a lopsided 15-round decision over power-puncher Mac Foster.

The fact that Ali was no longer champion was irrelevant. “The Greatest” could still draw a crowd anywhere.

Ironically, however, the crowd at Croke Park became the problem. Thousands of fans crashed the gate and entered the 80,000-seat arena for free. As a result, the show lost a fortune, which was heartbreaking for local promoter Michael Sugrue, who, in conjunction with Harold Conrad, had brought Ali to Dublin.

Joe Bugner and future light heavyweight champion John Conteh made appearances on the undercard before Ali entered the ring to a hero’s reception.

The fight was largely one-sided. Ali boxed off the target, peppered Lewis with jabs and mixed in the odd flurry. It was a very small ring, so Ali was forced to work, but he was never seriously threatened.

Prior to the bout, there were rumors that Lewis, who was six pounds heavier than Ali at 223 ½, had once dented Ali’s ribs in a sparring session. Sure enough, in Round 5, Lewis broke through with a body assault that momentarily troubled Ali. It was an infringement that the Detroit-based fighter would pay dearly for.

Seconds later, Ali timed his man dropping into a crouch and scored with a solid right to the head. Lewis went down hard, his massive frame sprawled across ring center. However, referee Lew Eskin administered what seemed like an endless count and Lewis was saved by the bell.

As had been the case in recent outings against Jimmy Ellis, Buster Mathis and Jerry Quarry (rematch), Ali would take his foot off the gas if he felt he’d done enough. It was the same against Lewis. Ali poked and prodded with the jab for the remainder of the fight before Eskin made a mercy stoppage in the eleventh.