An Inductee Experiences the International Boxing Hall of Fame – Part One 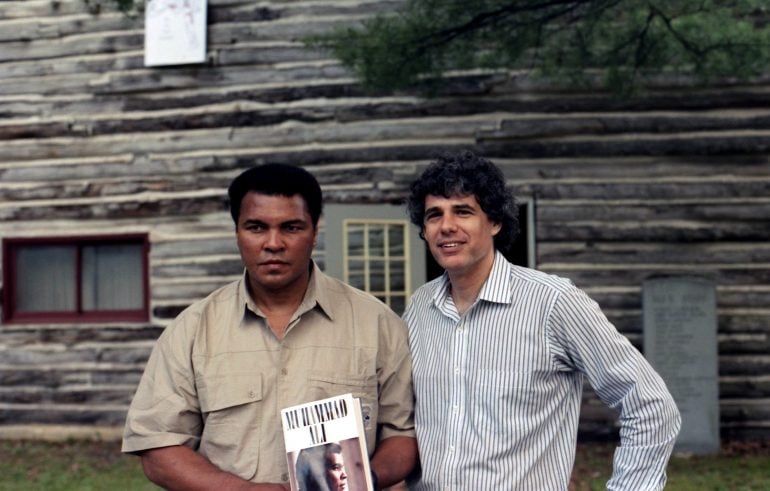 On Sunday, December 1, 2019, I arrived home in mid-afternoon after visiting my mother and checked my telephone answering machine. There was a message from Ed Brophy asking me to call him at the International Boxing Hall of Fame in Canastota. When I checked my email, there was a similar message asking me to give Ed a call.

Earlier in the year, my name had been placed on the ballot for induction into the International Boxing Hall of Fame for the first time. The public had been told that the names of the newest inductees would be announced on December 4. Like every nominee, I hoped I’d be chosen. Given the realities of the induction process, I doubted that I would be. Still . . .

“Ed’s not a sadist,” I reasoned. “He wouldn’t be calling to tell me that I didn’t get in.”

I called Brophy back and he congratulated me on being chosen for induction. There would be a news embargo until the inductees were announced as a group on December 4.

I honored that request with one exception. My mother was 94 years old, an age shadowed every day by the spectre of mortality. So I telephoned her and shared the news.

The International Boxing Hall of Fame in Canastota (a village in upstate New York twenty miles east of Syracuse) exists primarily because of the efforts of one man. 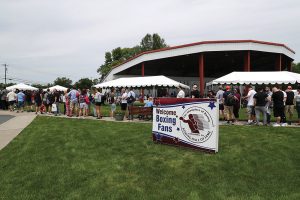 Fans line up at the International Boxing Hall of Fame for the Weekend of Champions induction events on June 9, 2018 in Canastota, New York. Photo by Alex Menendez/Getty Images

Ed Brophy was born in 1956 and grew up in Canastota. He was an avid boxing fan with a particular affinity for local heroes Carmen Basilio and Billy Backus. In 1954, The Ring magazine had launched a Hall of Fame located at Madison Square Garden but it was disbanded in 1987. Similar attempts to establish a boxing hall of fame over the years had floundered. But a voice in Brophy’s head whispered, “Build it and they will come.”

And it happened. On June 8-9-10, 1990, the International Boxing Hall of Fame hosted its first induction weekend. Muhammad Ali was among the forty-six fighters and seven non-combatants honored.

Brophy has been executive director of the IBHOF since its inception. Boxing owes him a debt of gratitude. The hall has three more full-time staffers – media director Jeff Brophy (Ed’s nephew), events coordinator Zack Babcock, and Rachel Shaw (a secretary-receptionist). The rest of the work is performed by part-time employees and, to a great extent, volunteers.

Anyone can suggest to the IBHOF that a name be placed on the ballot. These nominations are weighed by a review committee that makes recommendations to a screening committee that, in turn, selects the names that appear on the final ballot.

For the most recent election, Brophy told The Ring, the review committee consisted of Nigel Collins, Tris Dixon, Steve Farhood, Bob Goodman, Jack Hirsch, Graham Houston, Dan Rafael, Lee Samuels, and Bruce Trampler. For years, the screening committee was comprised of two historians (Hank Kaplan and Herb Goldman) and boxing maven Don Majeski. Kaplan died in 2007 and wasn’t replaced. At present, the screening committee consists of Bobby Cassidy, Lee Groves, and Marc Ratner. In future years, Brophy will rotate the names on one or both of these committees.

Once the ballot is finalized, it’s sent to electors, who vary in number from category to category. There are roughly 200 electors in the men’s modern category. The other categories have fewer electors: women’s modern (25); men’s old timer (75); women’s trailblazer (10); pioneer (25); observer (100); and non-participant (100).

I don’t want to sound ungracious about a system that elected me. I’m deeply grateful for the honor. But there’s room for improvement.

First, there should be more transparency in the voting process. Unlike the Baseball Hall of Fame, the International Boxing Hall of Fame doesn’t announce vote totals.

“We feel that, when the inductees are announced, a person is in and that’s it,” Brophy says of the process. “Each inductee is entitled to the same reception by the Hall of Fame. No inductee should be considered or made to feel less equal than another.”

That’s a reasonable position. A bigger problem is that the identity of the electors isn’t made public (although it’s known that all full members of the Boxing Writers Association of America are among those who receive ballots in the men’s modern category).

“Making the names public could lead to lobbying and other unnecessary pressure on the electors,” Brophy explains. But anonymity can lead to a lack of accountability.

A sometimes ill-informed electorate is an even more serious issue. Many of the electors are relative newcomers to the sweet science and have little understanding of anything that happened in boxing more than a decade ago. And while the Hall says that electors are chosen based on their expertise in a given category, the facts don’t always bear that out.

Jackie Tonawanda is a case in point. Tonawanda hung around the fight scene in the 1970s and 1980s, loudly proclaiming herself to be “the female Ali.” At one point, she sued the New York State Athletic Commission because of its policy against licensing women to box. She also frequently telephoned editors and writers, urging them to report the results of her latest ring conquest.

The problem was that there weren’t any ring conquests. As outlined by Randy Gordon earlier this year in a thoroughly-researched investigative report, Tonawanda was a fraud. Her entire ring career (amateur and pro) consisted of one fight – a February 16, 1979, loss to a woman named Diane Clark (who lost her only other pro bout).

Tonawanda was chosen for induction into the International Boxing Hall of Fame’s Class of 2021 as a “women’s trailblazer” by a voting pool of ten electors. Quite possibly, the number of votes she received for induction can be counted on the fingers of one hand with digits to spare. Her apologists say that Tonawanda’s induction can be justified by the publicity she brought to women’s boxing. That’s like saying Rosie Ruiz, who jumped unnoticed onto the course a half-mile from the finish line during the 1980 Boston Marathon and was declared the winner in the women’s division (a designation revoked eight days later) belongs in a track and field hall of fame because of the publicity she brought to women’s marathon running.

That said; the International Boxing Hall of Fame in Canastota is far and away the most credible boxing hall of fame that has ever existed. 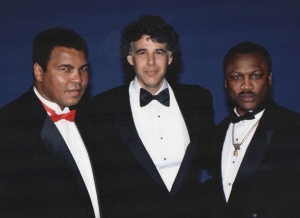 The author of this article is now enshrined in the IBHOF with two of the greatest heavyweights of all time.

I received a lot of congratulatory emails and telephone calls, including one from George Foreman that particularly moved me. Larry Merchant offered the thought, “This is the first time you were on the ballot. That means you’re a first-ballot Hall of Famer.” Jerry Izenberg (to my mind, the greatest sportswriter of the past sixty years) told me, “To be acknowledged by your peers is a great honor unless your peers are in boxing.”

The induction ceremony and related events were scheduled for June 11 through June 14, 2020. Then the coronavirus intervened. Restrictions on social gatherings and travel were put in place. The 2020 ceremony was canceled, as was the ceremony for the next class of inductees slated for June 2021. Finally, a historic “trilogy” came to pass. Three classes were inducted simultaneously into the International Boxing Hall of Fame from June 9 through June 12, 2022.

Of the living inductees, only Klitschko, Rijker, and Fernandez were unable to attend. Klitschko is engaged in the ongoing life-and-death struggle in Ukraine. Rijker was a late cancellation because of the sudden death of a close friend. Fernandez was at home, caring for his wife who’s seriously ill.

Induction Weekend was a walk down memory lane for me. I met Roy Jones for the first time when he fought Jorge Vaca at Madison Square Garden in 1992. I was in his dressing room in the hours before and after six of his biggest fights. I’ve discussed Pythagorean philosophy with Wladimir and Vitali Klitschko over breakfast and known Laila Ali since she was ten years old. Lou DiBella and Margaret Goodman are longtime friends.

Memories of Induction Weekend and some thoughts on writing will be posted in three additional articles on RingTV.com in the days to come.

Thomas Hauser’s email address is [email protected] His most recent book – Broken Dreams: Another Year Inside Boxing – was published by the University of Arkansas Press. In 2004, the Boxing Writers Association of America honored Hauser with the Nat Fleischer Award for career excellence in boxing journalism. In 2019, he was selected for boxing’s highest honor – induction into the International Boxing Hall of Fame.