On this day: Mike Tyson crushes Michael Spinks in 91 seconds 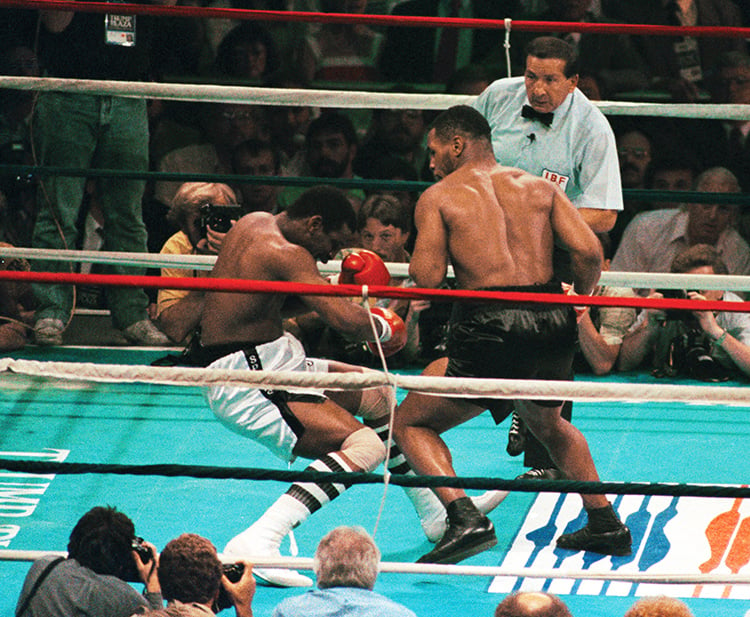 It was a massacre!

On June 27, 1988, Mike Tyson rubberstamped his dominance within the heavyweight division by brutally knocking out The Ring and lineal champion Michael Spinks. The official time was 1:31.

On the strength of his holding IBF, WBA and WBC titles, Tyson was already labelled by several boxing outlets and his then-broadcaster HBO as the undisputed champion. A rampaging knockout artist, most of Iron Mike’s fights were over in short order as reflected by an intimidating 34-0 (30 KOs) record.

Spinks was also undefeated at 31-0 (21 KOs) and had a legitimate claim to the championship. “The Jinx” became the first light heavyweight to move up and claim heavyweight honors by sensationally outpointing Ring, IBF and lineal champion Larry Holmes in September 1985. Spinks retained those titles on a controversial decision in a direct rematch and blasted out the relatively unknown Steffen Tangstad (TKO 4) in his second defense.

However, when Spinks refused to face unbeaten contender Tony Tucker in the HBO unification series, he was stripped of the IBF title. Instead, he opted for a more lucrative matchup with Gerry Cooney, who he stopped in five rounds. Meanwhile, Tucker defeated Buster Douglas for the vacant IBF crown.

Tyson would outpoint Tucker to win his third sanctioning organization title, but the Spinks showdown remained the talk of boxing. When it was officially signed, Tyson-Spinks was the richest heavyweight championship fight of all time, with Tyson on a reported $22 million purse and Spinks guaranteed $13.5 million.

That money was made quickly.

Two days shy of his 22nd birthday, Tyson, as he always did, charged his opponent with killer blows from the opening bell. Spinks, whose knees had been giving him trouble for some time, didn’t have the foot speed to locate safe distance and Tyson had absolutely no respect for his punching power.

“My trainer (Kevin Rooney) told me he’d bet both our purses that I would knock him out in one round and I thought he was serious,” said Tyson during his post-fight interview with HBO. “He’s just told me I was lying, but I went out and knocked him out in the first round.”