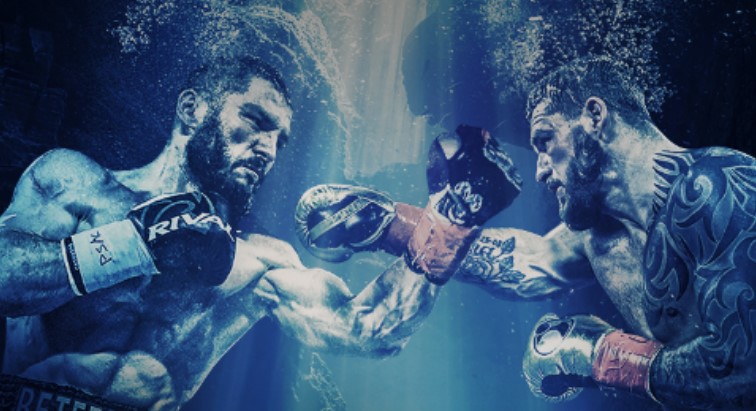 On Saturday, Artur Beterbiev will put his IBF and WBC light heavyweight titles on the line against WBO counterpart Joe Smith Jr. in a potentially explosive unification match-up at the Madison Square Garden Theater, New York.

Beterbiev, who is ranked No. 2 by The Ring at 175-pounds, was a standout amateur, winning gold at the 2009 World Championships and having fought at the 2012 Olympics. The physically imposing Russian moved quickly as a professional. He won the IBF light heavyweight title, stopping Enrico Koelling (KO 12) and defended against Callum Johnson (KO 4) and Radivoje Kalajdzic (KO5). His breakout win came against Oleksandr Gvozdyk (TKO 10) in a unification bout. The 37-year-old has since beaten Adam Deines (TKO 10) and Marcus Browne (KO 9).

Smith, who is ranked No. 3 by The Ring, turned professional in 2009. However, it wasn’t until the Long Island native shocked Andrzej Fonfara (TKO 1) and became the first fighter to stop the legendary Bernard Hopkins (KO 8) that he gained acclaim. He hit a rough patch dropping decisions to Sullivan Barrera (UD 10) and WBA titleholder Dmitry Bivol (UD 12). The 32-year-old rebounded strongly notably beating former WBO titleholder Eleider Alvarez (TKO 9) and then claimed the vacant WBO title edging past Maxim Vlasov (MD 12). He has since made one defense against late-sub Steve Geffard (KO 9).

On paper, Beterbiev (17-0, 17 knockouts) and Smith Jr. (28-3, 22 KOs) should be an exciting battle of offensive minded punchers. Who can land first? Alternatively, the fight ends up a war of attrition, with the man able to absorb the others power emerging victorious. Beterbiev is 37 and has had a long amateur career, will he begin to show signs of wear and tear? How will Smith deal with the educated pressure of someone as physically strong and relentless as Beterbiev?

“I like Beterbiev to win a high-contact battle that will leave fans with their mouths open. The styles can’t fail to gel, so I think we’re in for a potential Fight of the Year. Given their respective KO ratios, I foresee both guys visiting the canvas early and being shaken up throughout. I just think Beterbiev has that something extra. But with all that said, I leave the door open for Smith. He is a huge puncher and Beterbiev must be careful.”

“An excellent high-impact fight on paper, and one that should live up to expectations, really exciting. Both men are noted punchers, who are both very offensive. In some ways, it’s about who blinks first. I think Smith may take the better shot but Beterbiev is the better, more rounded fighter. Neither is hard to find and so I expect there to be a lot of action in a battle of wills and ultimately attrition. I wouldn’t be shocked if Beterbiev is down early but climbs off the canvas to walk Smith down to score a late stoppage. Beterbiev to score a bloody 10th round stoppage win.”

“It really helps Smith’s cause that this fight is being staged in New York City because Madison Square Garden’s Theater will be stuffed with his raucous Long Island supporters, whose sonic support could lift their man’s performance level exponentially. Given Beterbiev’s history of slow starts and early knockdowns, Smith’s best chance is to jump on the Russian early and hope one of his bombs will end Beterbiev’s fight before it really gets started. But if Beterbiev gets past the early storm and kicks into a higher gear (usually around the third or fourth round), he has the skill, ruggedness and big punch to emerge victorious in the later rounds.”

“I look at the Artur Beterbiev-Joe Smith Jr. fight, in advance, the same I did Devin Haney – George Kambosos Jr. encounter in retrospect… an elite boxer against a very good boxer. While I admire and respect Smith for getting the most out of his abilities and career, Beterbiev is a cut above sporting superior experience, reflexes (even at age 37), speed, skillset, and most importantly pure power! I’d be shocked if the fight goes the distance, and somewhat surprised if the fight sees double-digit rounds. I look for Beterbiev to take a couple rounds to get warmed up and gauge Smith, after that the power punches and connect rate improves with each stanza before Beterbiev stops Smith in the sixth round.”

“This matchup is guaranteed to bring violence. Beterbiev is the older fighter and has had periods of inactivity in his career. Given his style, at some point he’s going to “look old overnight” in the ring. Additionally, Smith has shown improvement in recent bouts. One could make the argument that he’s faced the better opposition over the last 5-6 years. All that being said, I just can’t bet against the Russian. He might be the strongest fighter pound-for-pound in all of boxing. Beterbiev late TKO.”

“Beterbiev has 17 fights, 17 victories, 17 KOs. Expect the perfection to continue. Despite the perfect record, there have been some recent flaws in Beterbiev, who turned 37 in January. But there aren’t enough of them for Joe Smith to score an upset of the proficient Russian turned Canadian. Smith is tough, but Dmitry Bivol was just seconds from stopping him at the end of a one-sided decision in March 2019. In his 18th pro bout, look for Beterbiev to do what narrowly eluded Bivol.”

“It’s hard to dislike Joe Smith, a working-class hero inside and outside the ring. His crowd-pleasing style makes for great fights, and his clash against Beterbiev could be a great fight while it lasts, but unfortunately it won’t last long. Beterbiev is a force of nature, and although sometimes he takes more punches than what he should he is still much too powerful for Smith to harbor any hope of reaching the final bell. A competitive bout in the early going will become a demolition once the damage starts to pile up on Smith.” 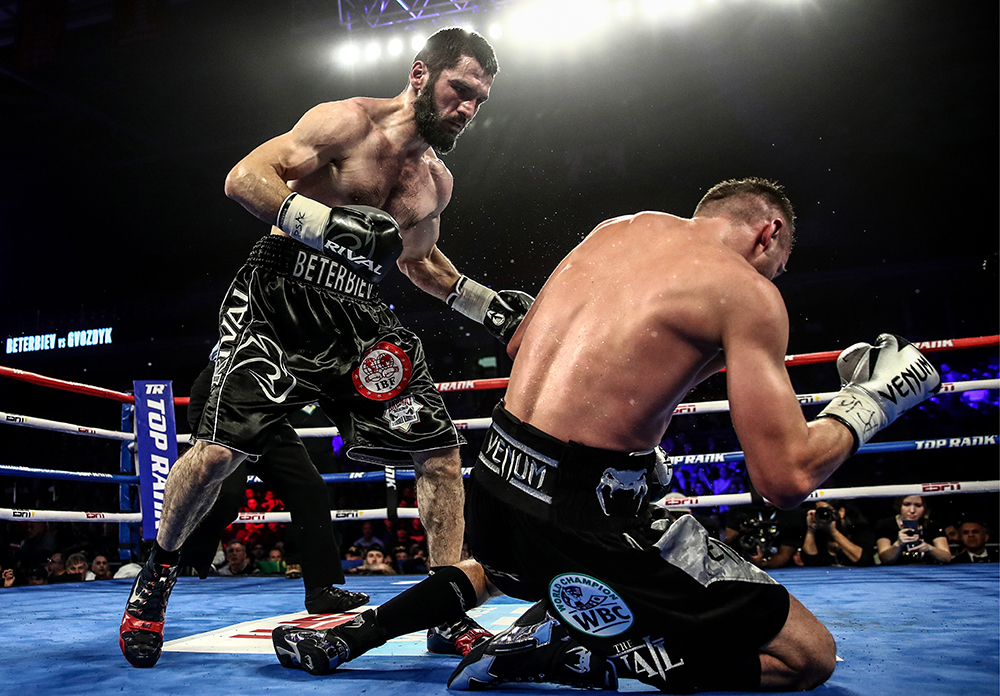 “With the recent spate of unification fights, this is the best of the bunch. Beterbiev is a human wrecking ball. No, he’s more than that, he also possesses and intelligence not gifted to men his weight. Beterbiev is a quite brilliant all-rounder, who will surely be put through the wringer when he fights Smith Jr. in this mouth-watering unification fight. Smith goes into this on a four-fight winning run. I wouldn’t back against Smith if he was fighting anyone else and I mean no one. But I see Beterbiev as the winner via split decision.”

“I like Smith, he’s big, strong and has power in both hands. I think Smith will have some success but the educated pressure from Beterbiev will be too much. I pick Beterbiev by late KO.”

“This fight will be a war. Smith will have some good moments early on but I feel Beterbiev will break him down a get a late round stoppage. Beterbiev in nine rounds.”

“I think Beterbiev is going to be too strong for Smith. Smith will start to feel it later in the fight that is why I am picking a later knockout. Beterbiev TKO 10. I am however routing for Smith so if he can pull the upset, that would shake up the division and make it even better.”

“It’s an underrated fight. Both are rugged and have power in both hands. My prediction is Beterbiev will stop Joe Smith Jr. in the mid-to-late rounds.”

“I think that Joe smith will make the fight fun for as long as it lasts. But I suspect that Beterbiev is just too strong for him. I’m picking Beterbiev to stop Smith in six.” 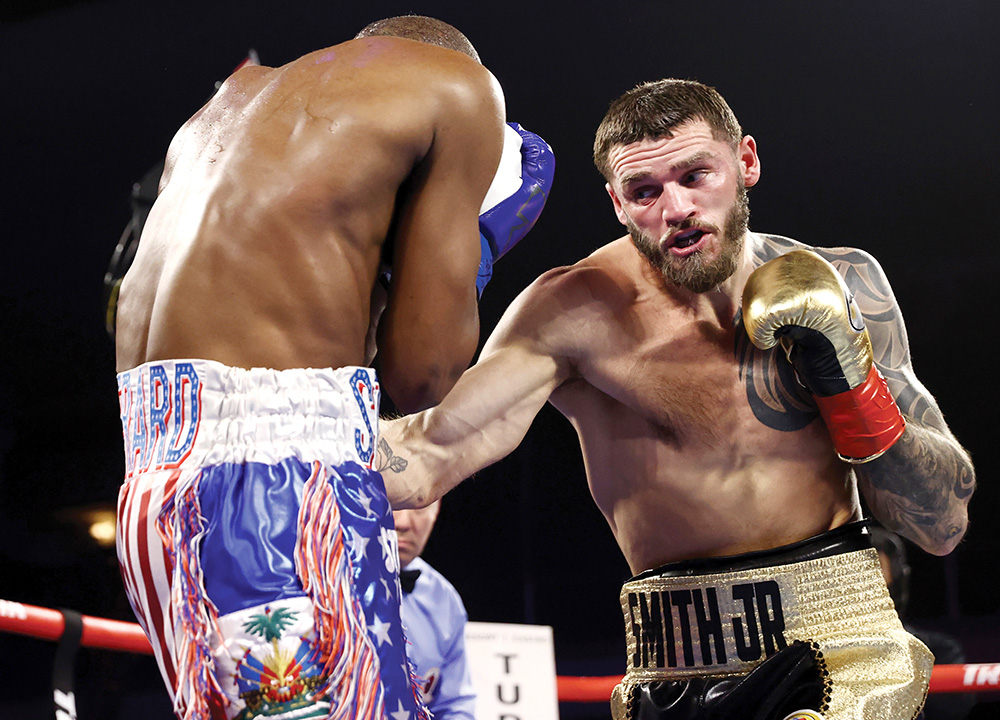 “This should be a good fight to watch and I expect Beterbiev to win by knockout. Smith is big and strong but he’s simply too easy to hit while Beterbiev is as close to suffocating certainty as it gets inside a boxing ring. Smith will serve up openings for Beterbiev, who carries fearsome power until the very end. The stoppage could come at any time really but I see Beterbiev beating up Smith inside eight rounds.”

“There’s a temptation to say, “The winner will be whichever puncher lands first,” but I have to favor Beterbiev because … he’s likely to land first! In a fight that will feature heavy, heavy punches, I’ll go Beterbiev by late-rounds stoppage.”

“I think it’s a good fight. It’s two punchers, so whoever lands first will probably win. I’m leaning toward Beterbiev because I think he’s more skilled and has a better amateur background.”

“Good fight. Both big punchers, who won’t have to go looking for each other. I think Beterbiev’s better skill level will be the difference. Beterbiev by late stoppage.”

“Beterbiev will win inside the distance, say by Round 9. He throws more, lands more, is the harder puncher and the overall better fighter. Nobody can top Joe Smith’s toughness, but in this case that only results in the bout going past six rounds.”

“Joe Smith Jr. and Artur Beterbiev are two of the most heavy-handed punchers in boxing. Both are also proven to take a big punch, so this fight will go rounds. I see Beterbiev having success early and Smith timing him with something big. I think power, youth and blue-collared championship experience are enough to take down the monster.”

“Beterbiev vs. Smith looks to be a really good fight as they both seem to like to engage. The fight will be competitive as long as it lasts. Smith’s jab will give Beterbiev a bit of a problem at the beginning, but once Beterbiev over comes it, he’ll breakdown Smith little-by-little. I think Beterbiev will stop Smith in the second half of the fight. Beterbiev is getting older and is slowing down a bit, but in this fight, I think he will have enough of what it takes to beat Smith by late stoppage.”