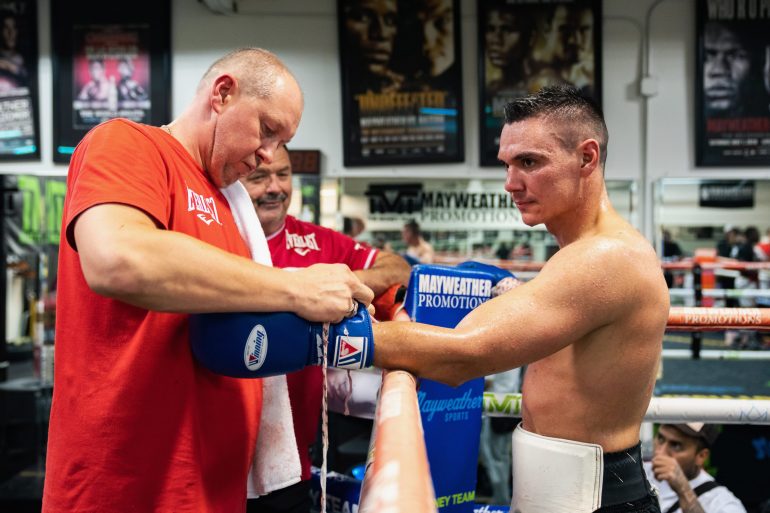 Tszyu (son of Hall of Famer Kostya) arrived stateside last Saturday from his native Australia to finish training camp in Las Vegas before heading to Minneapolis. After amassing a 20-0 record with 15 knockouts, Tszyu looks to move himself one step closer to a title shot with an emphatic victory on March 26.

Tszyu and his trainer Igor Goloubev made a few statements from their local base at the Left Right Boxing Gym in Las Vegas.

“We’ve done a few camps here in Las Vegas before so we’re familiar with the terrain out here,” said Tszyu, currently rated No. 5 by The Ring at junior middleweight. “It’s not too far to then go to Minneapolis, but it’s a lot warmer here is Las Vegas, so I’m glad I came here first. Adjusting to the time difference was tough at first but I’ve definitely recovered. By the time I arrived in Las Vegas, it was just about sharpening everything up.

“I’m coming to fight and I’m coming to win. I’m not here to ‘tip-tap’. If that means going for the knockout, I’ll go for it right away. I’m not here to out-jab someone and win on the scorecards. From the first second when the fight starts, my objective is to take him out. Every second of every round, I’m going to be in front of my opponent’s face.

“This has been a long time in the making. I’ve been keen on making my debut here ever since I beat Jeff Horn [August 2020]. It’s good to finally be here and I’m quite excited to be on this platform. This is a real opportunity for me.

“My dad hasn’t talked to me too much about what to expect fighting in the U.S. Mostly he just reminds me to stay ready, which I always am. I’m a professional and I’m fighting nonstop. I don’t take rests or honeymoons like some of these other fighters.

“It’s a big deal for me to be in this position headlining on Showtime. You dream of it as a kid, and now for it to actually be happening, it’s unreal. I’m the first Australian who’s had their U.S. debut as a headline act, having not even won a world title yet. It shows that what we’ve done so far is pretty good for the moment. We’re here to make statements.

“This is going to be an interesting fight. I’m quite interested to see what he’s going to bring. Gausha has the tools to win. He’s got great skills and quick hands and a good variety of punches. He does the simple things very well. I like those types of styles. I’ve sparred guys like that in the U.S. and it’s a fun style to fight against.

“I don’t look particularly big or strong, but when I get in the ring, I give off that dominance that says ‘this is my ring. This is what I do and you’re coming onto my stage’. I present that dominance straight away and let everyone know.

Tszyu had a few words to say about the Jermell Charlo-Brian Castaño 154-pound title rematch taking place May 14 as well.

“Charlo is a cautious fighter with power in both hands,” said Tszyu. “He wobbled Castaño a few times. Charlo waits to land that perfect shot and that’s why Castano’s output wasn’t too high in that fight. I thought Castaño fought a great fight and out worked him. Charlo didn’t know what to do at times. I think it’s either going to be Castaño by decision or Charlo by knockout in the rematch.

“I’m coming for everyone in the division. I’m coming for the belts. You have to have confidence in yourself. I believe that I defeat either Charlo or Castaño. I wouldn’t be in the sport if I didn’t believe that. I’d take those guys to places they’ve never been and that’s all that matters to me.”

His trainer followed up with a few comments of his own.

“Tim is going to make adjustments, like he always does, based off what Gausha brings in the first round,” said Goloubev. “Tim is an absolute pressure fighter. He’s going to be right on top of Gausha from the start. There’s going to be no rest and nowhere for him to go. This is going to be fought on the inside.

“Gausha is a crafty fighter. He’s got a good style from his amateur background and he’s also got strong legs and upper body. We’ve seen footage of him and we know that he can punch, that he’ll move and that he throws lots of jabs. He’s all-around a very good fighter.” 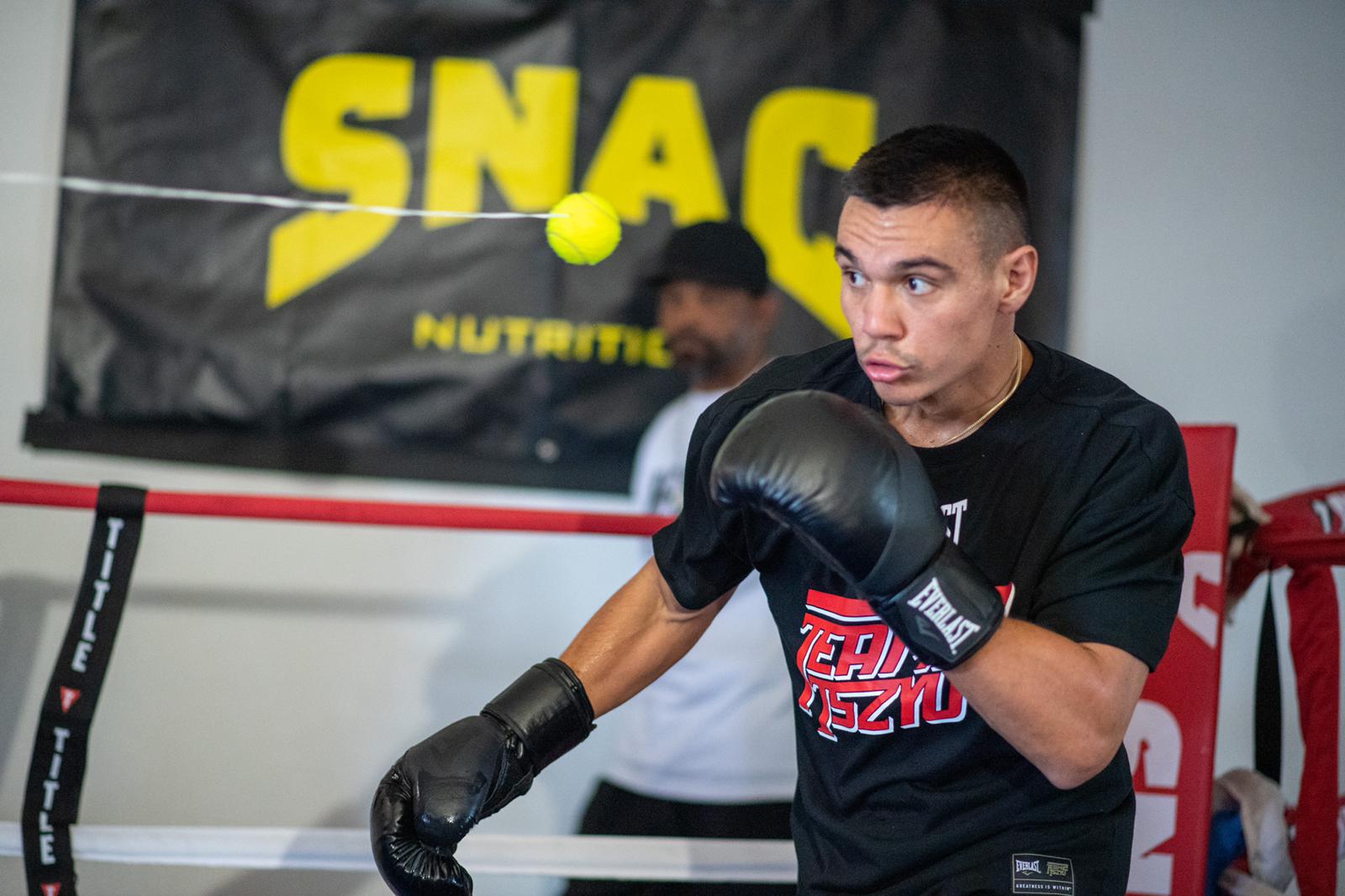