Josh Taylor: I won’t just be vacating my belts and moving up – that’s not a given 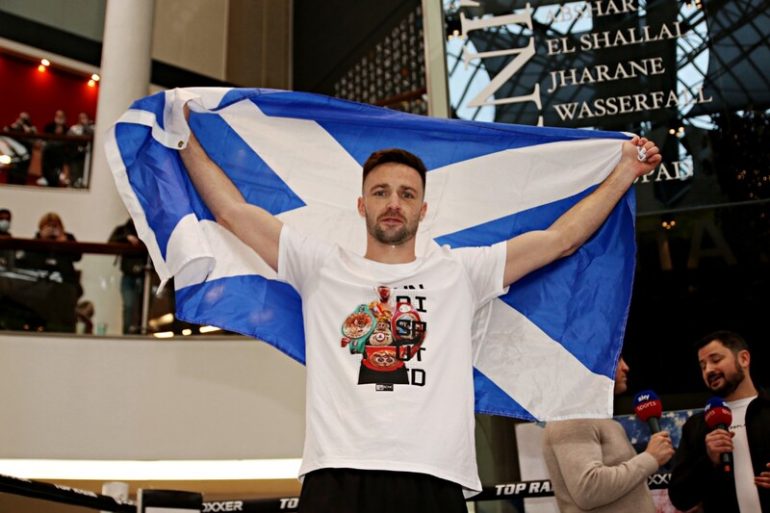 “I was injured ya clown!”

It was only five words, but they were fired with the same spite that Josh Taylor puts into his blurring combination work.

Taylor, the undisputed junior welterweight champion of the world, and challenger Jack Catterall were at Sky Sports studios in London to film The Gloves Are Off, a short buildup segment that the U.K. broadcasting giant uses to promote big fights. The 31-year-old Taylor is frequently intense, but the lack of authentic bad blood in this matchup saw him pretty relaxed in comparison to how he’s been ahead of other bouts.

And then it happened.

From across a very small table, Catterall, a classy technician from Lancashire, England, suggested that Taylor fabricated a knee injury that delayed the original December 18th date. Clearly insulted, Taylor’s eyes widened, his tone changed perceptibly, and those five words were delivered in a sinister tone.

With just a splash of bad blood now, the two southpaws finally face off this Saturday at the SSE Hydro in Glasgow, Scotland. Taylor has recovered fully from the aforementioned injury and insists that the delay has only been of benefit.

“We didn’t really stop training, but I wouldn’t have been as ready as I’d want to be for December 18th,” explained Taylor (18-0, 13 KOs) in a recent interview with The Ring. “I wasn’t able to prepare diligently enough. First I caught Covid, then I had a chest infection, then I was in pain with my knee. By that time we were only six weeks out from December 18th.

“I wasn’t able to run. I wasn’t able to do S&C. All of that affected a large block of my preparation. I probably could have been ready for December 18th – just – but I wouldn’t have been confident in my preparations. I am the champion and I can afford to put the fight back and that’s what we did. I don’t want to lose these belts. I believe I could have won the fight without being fully fit, but it wasn’t a risk I was willing to take, especially with how hard I’ve worked to achieve what I’ve achieved.” 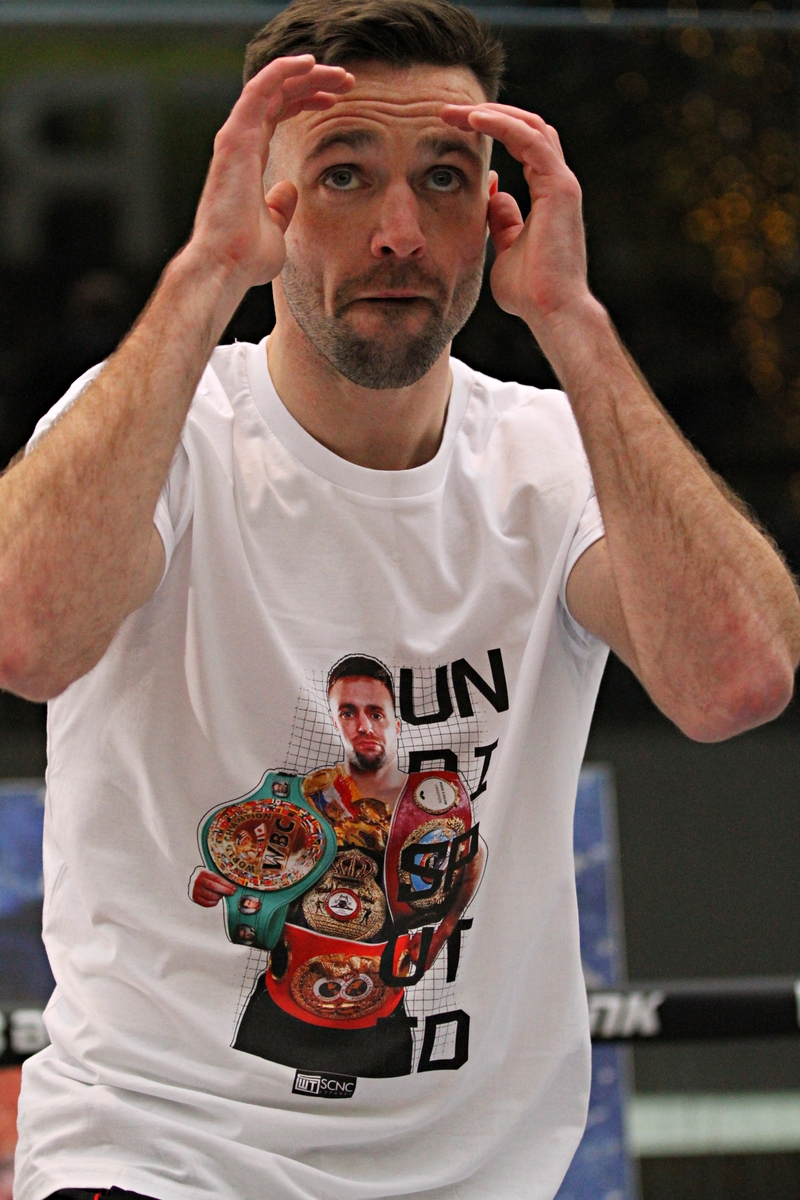 The popular belief is that Taylor is bursting at the seams to make the 140-pound limit, but the Edinburgh man insists that nothing could be further from the truth.

“I’m making the weight perfect,” said the champion. “I used to do all my own weight cuts, right up until the [Regis] Prograis fight. But I’ve brought on a nutritionist and cook, John Popi, and he’s second to none. I get all my supplements, nutrition, the right food, the right times, calories counted.

“I used to do it all myself. I’d come in from training, absolutely knackered, then I’d cook. Some days, you can’t be bothered because you’re tired. John’s very knowledgeable; he does MMA himself, so he knows about the weight cuts. He knows what I’m going through, first-hand, as a professional MMA fighter. He’s made life so much easier. For the last two camps I’ve made 140 easier than I ever have. I’m eating like a horse and I’m like machine. If I move up it won’t be because of the weight cut, it’ll be because I want to set new goals and new targets.”

A plethora of top fighters at 135 and 140 pounds are waiting like tigers in the grass for Taylor to move on to welterweight. In full stealth mode, they can then feast on the vacant titles left behind. However, the fiery Scotsman insists that these fighters may have to starve a little while longer.

“Everyone’s expecting me to move up, but there’s still big fights at 140,” said Taylor. “No matter what fight I’m in now, it’s going to be huge. But if I’m staying at 140, then I’m keeping my belts and you’re going to have to rip them from me. There’s no way I’m vacating any of these belts, so they’re all going to have to get in line. I won’t just be vacating my belts and moving up – that’s not a given. I’ll see how I feel and it’ll be on my terms.

“I like making history and adding to my legacy. I could retire today and my name would be up there in the history books with the titles I’ve won and the things I’ve done. It makes me incredibly happy and proud.”

Taylor will be the first Scotsman to defend an undisputed championship since flyweight legend Benny Lynch stopped then-unbeaten Peter Kane at Shawfield Park in Glasgow on October 13, 1937.

Taylor vs. Catterall, plus undercard action, will be broadcast live on Sky Sports in the U.K. and on ESPN+ in the U.S.