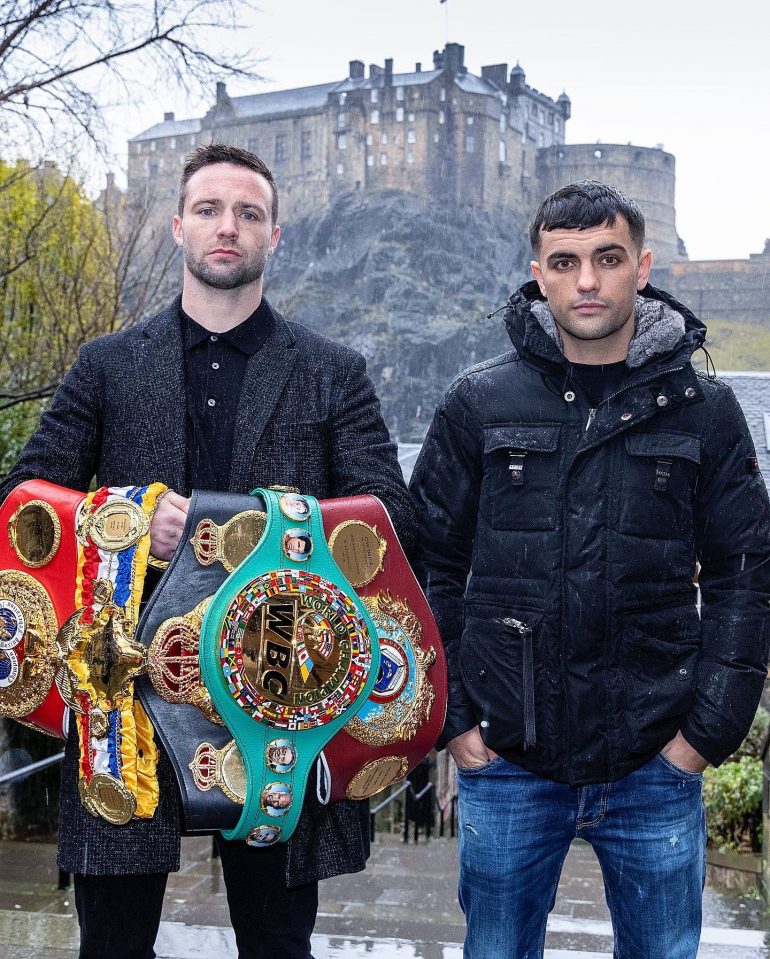 It might be on enemy soil and it might be against one of the pound-for-pound best fighters in the world, but this is exactly what Jack Catterall has been waiting for.

The 26-0 Chorley southpaw is the mandatory challenger for one of Scottish star Josh Taylor’s many belts and they finally meet in the Hydro in Glasgow on Saturday.

Catterall stepped aside so Taylor could become the unified champion, against Jose Ramirez last May, and he waited for his shot not knowing for certain that Taylor wouldn’t land a big money fight with the likes of Manny Pacquiao or Terence Crawford.

Taylor’s been linked with many high-profile names, but Catterall said the decorated Scot would be remiss to be thinking of anyone but him ahead of their contest.

“I don’t know,” Catterall said, when asked whether Taylor might have overlooked him. “It would be very stupid and I’d think his team have not tried speaking about fights in the future with Crawford at welterweight. I believe Josh is experienced enough to take me as a serious threat and I am going to be that, but it’s a big fight. Josh has talked about his big aspirations of being a two-weight world champion and this is his big homecoming bringing all his titles back, but I’m a real threat and I’m going to show that.”

Catterall hasn’t boxed since November 2020 as he’s awaited his shot but he says trainers Jamie Moore, Nigel Travis and Asam Fiaz, along with strength coach Johnny ‘Velocity’ Reynolds and nutritionist Sam McKenzie have got him ready.

“Training has been sweet,” Catterall continued. “I’ve been flying, so I’m in a good place, mentally, physically… I can’t wait for it. It’s been a long road here, and over the last two years we’ve had a few twists and turns but we were hoping, after the step aside, that we’d get the fight and that there were no scenarios where I didn’t get to fight Josh, but I can look passed that now, and we’re almost here.”

The challenger’s had plenty of time to study Taylor but the mood in the camp has been positive, as it always tends to be when the big fights come.

“Obviously there’s been a bit more media attention,” Jack explained, “but it’s what we’ve been working towards for the last 12 months so there’s a real buzz. Everyone’s been in everyday, things have switched up, the training, the sparring, there’s been a really good atmosphere in the gym. I think I’ve got the right team around me, keeping me on track, keeping me focused and it’s been really good.”

And Taylor is someone Jack’s met a few times before. They’ve been, for the most part, cordial and professional but Catterall said he would never give much away to his opponents. He’s quiet and respectful. They had met once or twice before Taylor fought Ramirez, and then Catterall went to Las Vegas for that.

“I saw how he was at the weigh-in with Ramirez and how he is fight week when he’s all fired up, which is natural,” Catterall said. “But I keep my cards close to my chest and I don’t believe he can read me as a character. We did a two-day media tour and it was quite professional. There was the odd comment which was forced to try and get a bite out of me but I don’t really let any of that get through to me. I’m in the position now where I’m fighting Josh. The fight’s sold. I’ve not got to go and sell the fight, so the way I look at it is to focus on me, not trying to act out of character and get the views up on social media etc and I certainly won’t change who I am. We had a media day a few weeks ago, we filmed The Gloves Are Off [for Sky Sports] and were in each other’s company for about half-an-hour before the cameras started rolling and there were security guards there but the respect is there and once that bell rings all respect is gone and it’s game time for me.”

Of course, it will be hostile on the night but Catterall says he’s ready for that, too. Moore is thorough when it comes to his fighters being familiar in their surroundings, be it the type of fight to prepare for or taking the time to imagine what it will be like for Jack in Glasgow on the night.

“I’ve visualised it plenty of times,” Catterall went on. “I’ve visualised this moment probably every day for the last few months and I expect it to be hostile. I’ve said it in previous interviews I’ve been the away fighter, albeit on a smaller scale, over in Belfast and Leeds but it’s going to be amplified. I’ve got a lot of support coming up, but it’s up in Glasgow so they’ll be outnumbered but when the bell rings, they can’t do the fighting for him. It’s just me and him in there.”

For some, that would be a daunting prospect but for Catterall it’s a matter of everything he’s wanted and waited for finally arriving. He knows it’s a big job but it’s one he is up for.

“He’s a tremendous fighter,” conceded Catterall. “The only difference between me and Josh is opportunity. I fully believe all the previous fights he’s had, I would have won as well. I’ve probably been denied a couple of opportunities over the years that has moved me down to below world level, but this is my time to go out there and prove I belong at the top. Me and Jamie have done our homework in watching Josh’s fights, looking at his rhythms and what he does and doesn’t do well. Josh sometimes is his own worst enemy in fights. He pumps out a lot of volume but sometimes he fights face first and he’s come through and won but he’s been in some tough fights and I believe I’m a different fighter to anyone he’s faced before.”