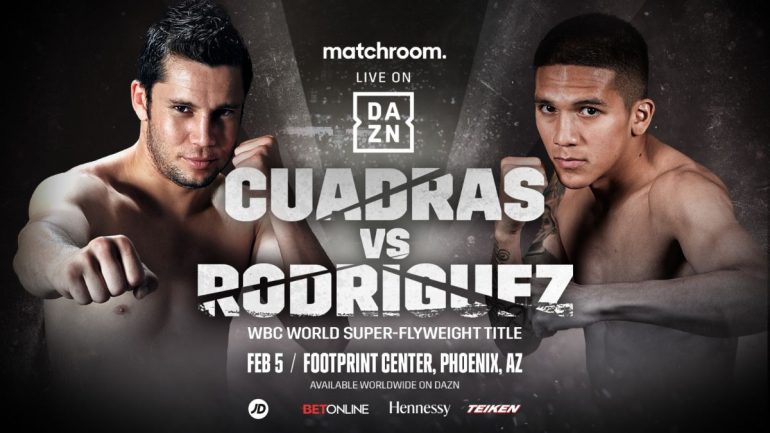 Young gun Jesse Rodriguez was ready (even on short notice) to seize his moment.
01
Feb
by Ryan O'Hara

Carlos Cuadras is no stranger to making adjustments.

The former junior bantamweight titlist, who is seeking a second title reign, will face unbeaten Jesse “Bam” Rodriguez, who moves up from flyweight, for the vacant WBC 115-pound title this Saturday, on DAZN, from Footprint Center in Phoenix, Arizona.

The switch was no problem for The Ring’s No.6-ranked 115-pounder.

“I’m happy and I’m very anxious to step in the ring again with this new surprise, of course,” Cuadras stated through an interpreter. “I’m happy to return. It has been over a year since I fought [Juan Francisco] ‘El Gallo’ Estrada but I’m ready and motivated to once again become world champion.

“The change hasn’t resulted in any frustration because I came prepared, whether it was for Rungvisai or Jesse Rodriguez. Obviously we had a strategy for Rungvisai but we had to make some modifications for Rodriguez. But like Rungvisai, he’s a southpaw and I had been training against southpaws. I have the medicine to defeat Jesse Rodriguez.”

The 33-year-old Cuadras (39-4-1, 27 KOs), of Mexico City, who won the WBC title in an eight-round technical decision over Sor Rungvisai in May 2014 and went on to make six defenses before losing the belt to Roman ‘Chocolatito’ Gonzalez in September 2016, overcame a different form of medicine over four years ago that nearly derailed his career. 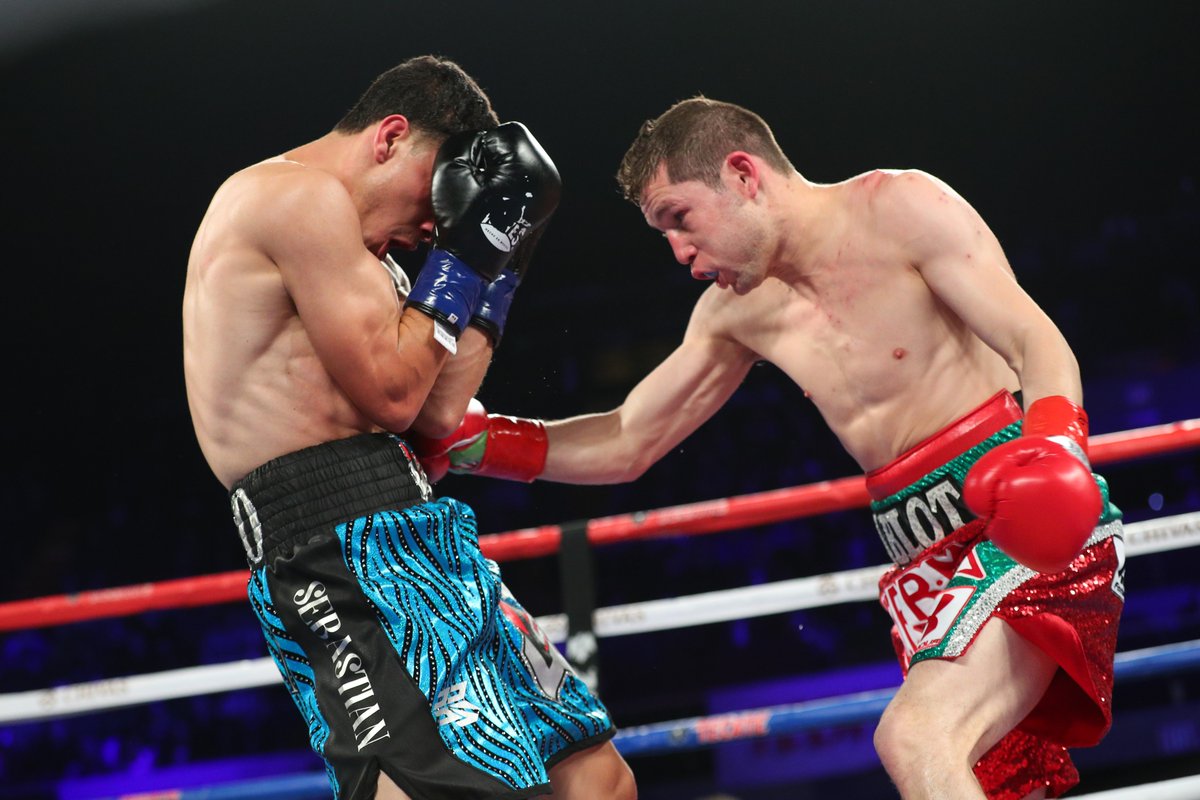 Following a majority decision loss to McWilliams Arroyo in February 2018, Cuadras was suspended by the WBC after declining to submit to a drug test. Four days later, he announced he was entering rehab to seek treatment for drug and alcohol abuse. Cuadras credited his support system for getting him through an extremely difficult time.

“I was able to [beat drug and alcohol abuse] through the care of my family,” he told The Ring. “My wife was always [by my side] and, of course, the desire to come forward. As a human being, we all make mistakes but I retook my path. I made mistakes but I’m on a new path now to become a world champion again and I’m very prepared for that. All of those issues remain in the past and long forgotten.”

Cuadras fights for the first time since fighting The Ring Magazine/WBC world champion Estrada, who recovered from a third-round knockdown to stop Cuadras in the 11th round of their October 2020 rematch. Their first bout in September 2017 was a unanimous decision win for Estrada.

Despite getting stopped in their most recent battle, Cuadras has a goal of making it a trilogy, though he admits his handlers may not be so fond of the idea.

“I have my heart set on fighting him again. I’m open to many options but Teiken Promotions manages my career and they are going to want what’s best for me.”

The only way for Cuadras to avenge those losses is with an impressive victory over Rodriguez, who has stopped his last six opponents.

“I have to deliver a good fight, win convincingly to demonstrate to the fans that I’m willing to fight any fighter and any opponent. I want big fights, Chocolatito, [Julio Cesar] Martinez, Estrada; I’m ready for any of them.”

THE NEUTRAL CORNER: EPISODE 299 – PREVIEWS OF CUADRAS VS RODRIGUEZ, THURMAN VS BARRIOS