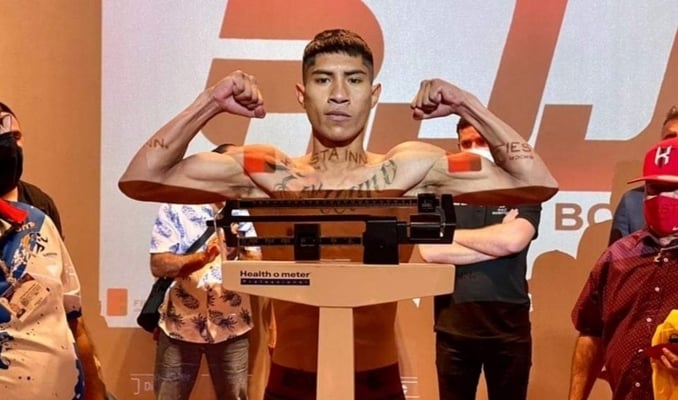 The clash between Torres and Flores will be part of the World Cup Boxing Series’ inaugural ‘4-man Lightweight Tournament.’ The other fight pits Alberto Ruiz against Isai Hernandez.

The WBC approved the tournament at its annual convention in November, with the overall winner set to earn a regional title belt and a possible world ranking.

“We are extremely grateful for the WBC to sanction our upcoming ‘4-man Lightweight Tournament,” said Guy Taylor, matchmaker for Roy Jones Jr. Promotions. “The semifinals will be held on February 24 [and] the championship final June 2.

“The WBC hopes to be able to sanction more World Cup Boxing Series (WCBS) tournaments and create great regional champions to enter our world rankings and achieve their goals with the WBC.”

Semifinal action will be contested in eight-round bouts with a 10-round bout in the championship final. The WCBS will also feature one ‘overtime’ round, if needed, to declare a winner in the event of a draw.

Torres (14-0, 9 knockouts), who is promoted by Roy Jones Jr. Promotions, defeated Guillermo Avila by unanimous decision in his last bout on December 17. The 20-year-old has defeated modest opposition since turning pro at the age of 16 in December 2017.

Flores (14-5, 6 KOs), who resides in Los Mochis, Mexico, last fought on September 4, losing by knockout to unbeaten Jesus Saracho. He had won six of his previous seven bouts prior to the loss against Saracho.

The bout between Ruiz and Hernandez will be a crossroads clash between punchers.

Ruiz (11-4, 8 KOs), who resides in Cuernavaca, Mexico, scored a devastating knockout win over previously-unbeaten Jair Valtierra on August 20. In his last bout, on December 10, the 28-year-old lost to once-beaten Pedro Bernal Rodriguez by unanimous decision.

Hernandez (11-2-1, 7 KOs), a resident of La Paz, Mexico, fought to a three-round no-contest against Francisco Lopez, who sustained a cut following an accidental clash of heads on November 12. The most-noteworthy fight in his career was a unanimous decision loss to former lightweight titleholder Miguel Vazquez on April 16.

Taylor believes any of the four fighters can win the tournament and compete as a contender in a talented lightweight division.

“To have undefeated Luis Torres, Mexico’s top-rated lightweight prospect, and Alberto Ruiz in this tournament should show everyone the quality fighters we are providing,” said Taylor. “Any man can be defeated on any given night and that’s the beauty of a tournament model.”