Gilberto Ramirez vows to dispose of Yunieski Gonzalez, calls for Bivol to fight or vacate title 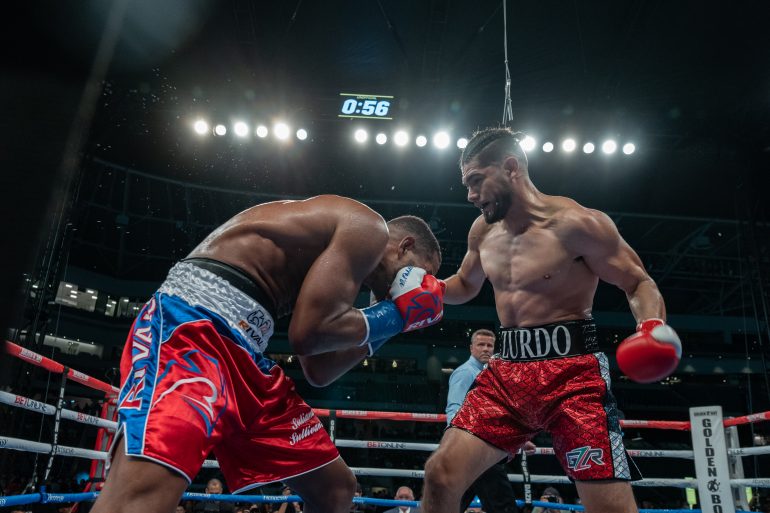 Nothing ever really phases Gilberto “Zurdo” Ramirez. The imminent danger he faced in the Genaro Estrada section of Mazatlán, Mexico, is treated the same way he confronts adversaries in the ring: With a phlegmatic, merciless face. When he isn’t trying to deliver the coup de grace, Ramirez is a soft-spoken family man grinning broadly, delighted that he discovered boxing before taking on the career of an assassin.

Mazatlán is a coastal city in Sinaloa. On the one hand, it is known for its beaches and delicious food, and on the other, drug traffickers wreak havoc on life and prosperity.

“The law of the neighborhood was to kill or be killed,” Ramirez told The Ring on Monday afternoon. “I chose boxing because I wanted to know how to fight on the street to survive. Eventually, no one wanted to fight me.

“Then I became an amateur champion and a [super middleweight] world champion. That is what started it all. I smile a lot because I’m so grateful, and I don’t know where I would be in life without boxing.”

If Ramirez were a dentist, he’d be considered as a cover star for People magazine. However, his status as a prizefighter is a more ambiguous proposition: a former champion and a perennial main event attraction lacking a signature fight.

And that is why the 30-year-old southpaw Ramirez (42-0, 28 KOs) has been pushing to fight undefeated WBA light heavyweight champion Dmitry Bivol (19-0, 11 KOs).

According to sources reporting to The Ring, Golden Boy Promotions made Bivol a seven-figure offer for the fight. The company signed Ramirez to a multi-fight deal following his amicable split with Top Rank the previous July.

Zurdo confirmed the offer was legitimate and, in an uncharacteristic move, called out Bivol.

“So typical, he was afraid of losing his belt,” he quipped. “He knew what was coming. Now I have a new opportunity to prove myself, and I’m facing Yunieski Gonzalez [on Saturday].

“Eventually [the Bivol] fight is going to happen because he just had his fight with [Umar] Salamov already. I need to get past Gonzalez, and I know he will come forward and try to take this future opportunity with Bivol away from me. But I’ve been in the darkness working hard. I will beat Yunieski, and then we’ll see if Bivol wants to fight.”

Ramirez subsequently decided to hold nothing back against his rival and even said that Bivol should be stripped if he continues to avoid him.

“Bivol was the one who called me out,” recalled the The Ring’s No. 7 rated light heavyweight. “He said that he didn’t avoid me, but when the time came to sign the contract, he didn’t sign it. I signed the contract and he didn’t. It’s just a part of boxing, and it makes no sense to me.”

“At the end of the day, he has to fight me. If he doesn’t want to fight me, he either needs to give up the title or [the WBA] needs to [strip him] so we can give the fans what they really want.” 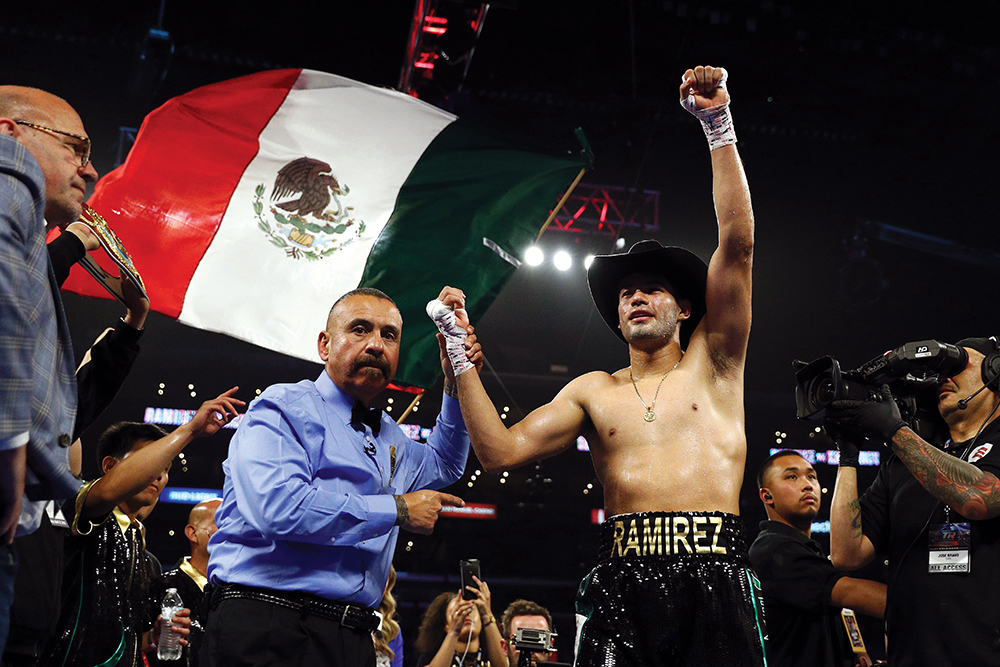 Ramirez, who held the WBO 168-pound title from 2016 to 2018, to his enduring credit, also took the chance to rail against his fellow contenders for essentially waiting on a lottery ticket to fight Mexican superstar Canelo Alvarez.

“That’s the problem with boxing right now,” he said. “And I’d like to say that Bivol was waiting on Canelo as well. And now [Canelo’s] moving up to cruiserweight, so I don’t know what’s going on in [Bivol’s head], but when he’s prepared, we can have a good fight.”

But while his frustration is legitimate, he has chosen to stay active, unlike some boxers in or around his weight class. Gonzalez (21-3, 17 KOs), 36, a Miami-based Cuban, albeit past his prime, was more than willing to step up, thus earning the respect of Zurdo.

“Yunieski was available and willing to fight me,” Ramirez acknowledged. “He has put a lot of passion into this. He told me, ‘Hey, I have nothing to lose.’ Anyone that has that kind of mindset, it’s a dangerous fight. He is going to come at me with everything he has.”

When Ramirez takes on Gonzalez on December 18 at AT&T Center in San Antonio, Texas, it will mark three years ago to the day he fought the relatively unknown Alfonso “El Tigre” Lopez.

Now, why is that significant? Well, this bout took place after his split with Top Rank, and it was a fight that virtually nobody in the boxing community was aware of at the time because it wasn’t televised on any major network. In fact, the card was promoted by Ramirez’s own company, Zurdo Promotions. The consensus in the sport was that Ramirez had made a terrible mistake.

Fast forward 14 months, which included an extended hiatus due to the ongoing COVID-19 pandemic; Zurdo is now a product of Oscar De La Hoya’s Golden Boy. Whether his move proves to be a mistake or a career-defining gamble of a lifetime, the ball is in his court. Ramirez credits his family more than anything for keeping his hunger and drive amplified.

“Family is always important,” he said. “They support me as I prepare and remain focused on my fights. I know that every day that I don’t spend with my [two] kids, it will be worth it because I will be able to support them with their lives. I also want to show everyone, no matter where you come from or what you’re going through, you can achieve anything as long as you work hard.”

But don’t get it twisted, the man behind the smile and the charisma chose to be a professional boxer, but inside his core, he is an assassin: “The Mexican Assassin.”

He wants blood, and Bivol remains the target.

“Yeah, of course [I see myself knocking out Bivol],” said Zurdo. “That’s my goal. I want to knock out everyone. I have the power and the skills to be the best in my division.”