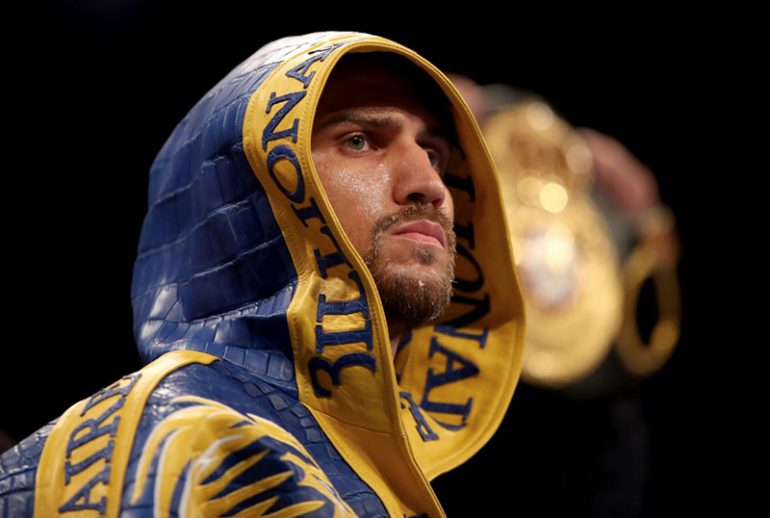 In 2019, Commey (30-3, 27 KOs) was blown in two rounds by Lopez, relinquishing the IBF lightweight title. He’s fought once since, stopping Jackson Martinez in February of this year.

Lomachenko would have liked to have had another shot at Lopez. But before he did that, he proved his mettle against tough contender Masayoshi Nakatani, stopping him in nine in February. Lopez went the distance with Nakatani in July 2019.

Before “Loma” did anything, he made sure he got his mojo back after the Lopez setback.

“After losing to Lopez, I became a more religious man,” Lomachenko said through Egis Klimas, his manager. “I am more disciplined in life in finding my religion, but my point of view was not focused that much on my faith. I am Russian Orthodox and it’s helped me become more disciplined in my life.

“I know Commey has a lot of power and has a long reach. He’s a very strong lightweight and he has a big heart. I don’t know how I will look; I can promise that I will show the best I can. I will do what I train to do, and do what my father teaches me.”

Lomachenko, 33, from Ukraine, is still bothered by his first six rounds against Lopez, when it seemed “Loma” was not himself.

“I hope people can see who I really am,” Lomachenko said. “This depends on my health and it’s all about being healthy during the fight. If you’re healthy and 100-percent, you can show your best. If you’re not healthy, not ready for 12 rounds, it will not be a good 12 rounds. Everything is good. I feel healthy.”

In December 2020, Lomachenko told The Ring, ““In the beginning of the fight, I was worried about my shoulder, because I knew I had a problem,” Lomachenko said. “I couldn’t use the straight jab, or the right hook or the right uppercut. I saw in the first half of the fight that I didn’t do anything to win that fight.

“I can tell you which rounds I won, and which rounds he won. I see at least a draw, but if you want to count punch-to-punch, I can say I won that fight by one round.”

On Monday, Oct. 19, 2020 in Los Angeles, days after the Lopez fight, Lomachenko did undergo surgery on his right shoulder to repair a torn right rotator cuff.

“I’ve built my strategy for Commey and each fighter I change my tactics for that opponent,” Lomachenko said. “Of course, the Lopez loss has given me more motivation and I will prepare more seriously in my next fights. I’m motivated 100-percent and hungrier.”

Lomachenko laughed at the reference and said in jest, “Yeah, maybe.”