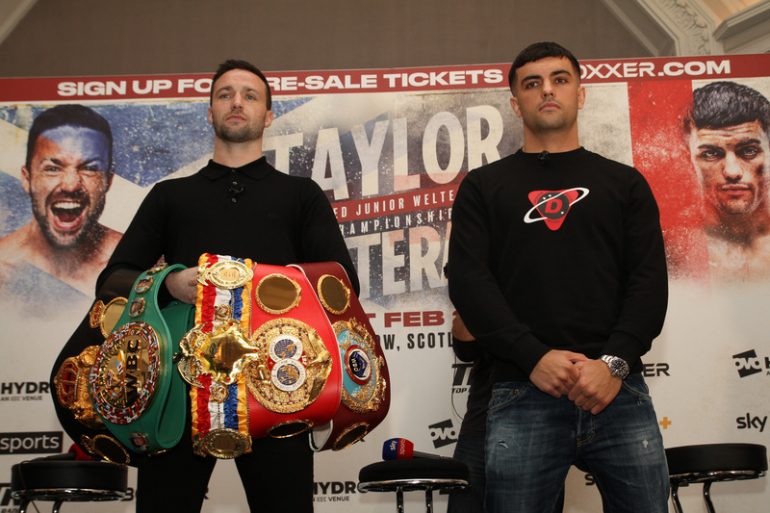 EDINBURGH, Scotland – There are fighters who will train three times a day, six days a week in preparation for a world title bout. Wear and tear isn’t just sustained in the ring, it mounts up during roadwork, and arduous strength and conditioning regimes also take their toll.

Over the past two-and-a-half years, proud Scotsman Josh Taylor has put his body through the ringer. The Edinburgh man has completed prolonged training camps for a trio of career-defining world title bouts against dangerous and unbeaten opposition. All three encounters were tough and grueling, but Taylor had his hand raised every time and emerged as the undisputed junior welterweight champion.

However, while training for a title defense against England’s Jack Catterall, Taylor sustained a painful knee injury. The breakneck schedule and all the hard work had finally caught up with him. Physio was required, and the Catterall fight, which will take place at the SSE Hydro in Glasgow, was pushed back from December 18 to February 26 of next year.

Christmas is coming, the goose is getting fat… but Taylor definitely won’t be.

“I’m used to it,” Taylor told The Ring with a shrug. “Last year was the only year that I was able to enjoy Christmas since turning professional. Even when I was an amateur, I always had a tournament coming up at the end of January, I was always training through Christmas, so I’m not really bothered. This isn’t going to change anytime soon and I can enjoy Christmas once I’ve retired. I guess it’s a wee bit of a gutter (laughs). Who wants to train through Christmas Day? It’s a wee bit shit, but you just have to get on with it. Jack will be the same.”

Taylor (18-0, 13 KOs) has more than earned his stripes. Wins over Viktor Postol, Ryan Martin, Ivan Baranchyk, Regis Prograis and Jose Ramirez have vaulted the 30-year-old southpaw up to No. 5 in the mythical pound for pound rankings. It’s therefore no surprise that Catterall is a prohibitive 6-1 underdog in a two-horse race.

“There’s no room for me to be complacent and I never am,” argued Taylor. “I’ve learned from other fighters – even recent history – when they’ve overlooked a fighter and it’s gone tits up. You can’t afford to do that.

“I believe that Jack’s a very good fighter and he’ll be coming with his A-game. This is his shot at the lottery. I’ve worked hard to get all these belts, I’ve beat champion after champion, and he’s getting a shot at becoming undisputed champion in one fight. It’s my job to make sure that doesn’t happen. But I also think that on my day he doesn’t live with me. On my day, on form, prepared right, he doesn’t get near me.” 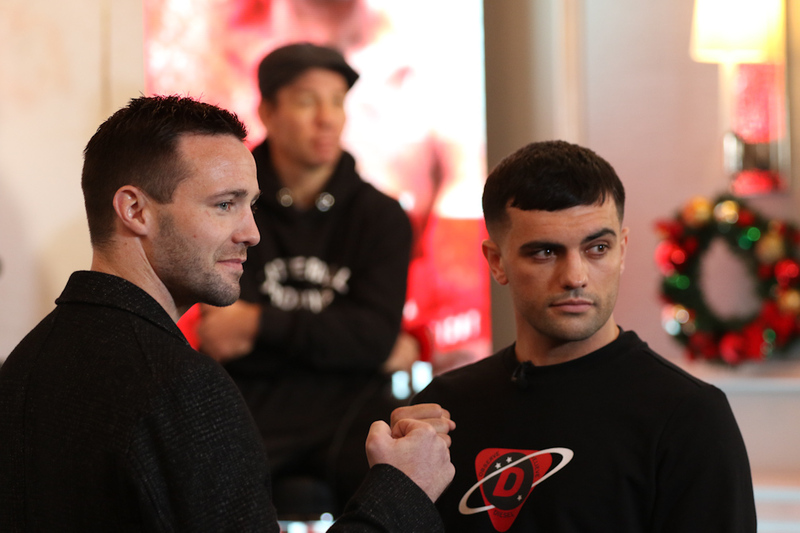 One of the most impressive things about Taylor’s rise has been his versatility. It was a quick injection of pace and a heavy late-round knockdown that secured the Postol win. He outslugged the slugger when he faced Baranchyk. He was a too cute and crafty for Prograis. A one-punch body shot knockout in the opening round put mandatory challenger Apinun Khongsong back on the plane to Thailand. And Jose Ramirez’s aggression was used against him.

Taylor can win in so many different ways. Can Catterall present any surprises?

In just 18 fights Taylor has practically guaranteed himself a place in the Hall of Fame, but the fire continues to burn inside him. If he defeats Catterall, then his 140-pound days could be over and it’s the welterweight division that will be put on notice.

“I want to leave my name in the legacy books,” said the champion. “Every fight from here on in, it’s got to be creating a little bit of history.

“And it’s good to be fighting in Scotland. I’ve not fought here since I boxed Baranchyk and that was over two years ago. It’s great to be back and I can give my family and fans a good night and a good victory. I’m looking forward to being back at the Hydro, it’s my home away from home.”