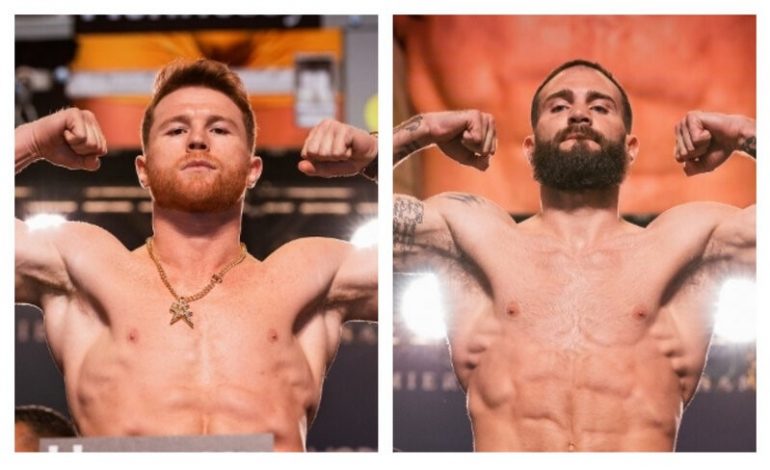 For those readers who have yet to earn their hardcore-fan stripes, you may require a history lesson on Murray Sutherland.

Born in Edinburgh, Scotland in 1954, Sutherland fought a who’s who of world class opponents from middleweight to light heavyweight during the early 1980s. Among the men he faced: Thomas Hearns, Michael Spinks (twice), Matthew Saad Muhammad and Bobby Czyz.

Following two unsuccessful light heavyweight title attempts, against Spinks and Saad Muhammad, Sutherland accepted that he was too small for the division and dropped down to 160. The only problem with that plan was that undisputed middleweight champion Marvelous Marvin Hagler had the same message for any challenger entering his domain: Trespassers will be eaten.

Winning a world title at middleweight wasn’t going to happen for Sutherland. That’s when the IBF came to the rescue.

The New Jersey-based governing body had crowned their first world titleholder, cruiserweight Marvin Camel, in December 1983 and sought recognition. The likes of Hagler, Donald Curry and Aaron Pryor would soon be upgraded to full champion in their respective divisions, but it was Larry Holmes’ decision to relinquish the WBC heavyweight title and accept the IBF version that gave the fledgling organization some serious clout.

But before all that, the IBF saw an opportunity to create a new division. There had been interest in a weight category between 160 and 175 pounds for several years but nothing had come to fruition. All of that changed in Atlantic City on March 28, 1984 when Sutherland scored a 15-round unanimous decision over tough American Ernie Singletary to pick up the inaugural IBF 168-pound title.

However, Sutherland’s new-found status was short-lived. Less than four months later he was knocked out by South Korean Chong Pal Park, who made seven successful defenses before giving up his title in order to fight for the inaugural WBA super middleweight belt in December 1987. At home in South Korea, Park defeated unheralded Mexican Jesus Gallardo via second-round stoppage and could now lay claim to being a two-time world champion.

But if you thought that was opportunism, you ain’t seen nothing yet! 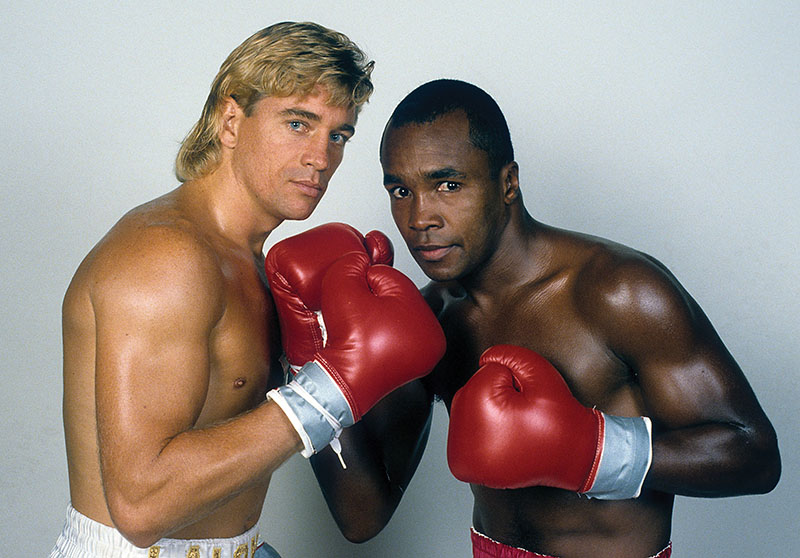 Photo by The Ring/ Getty Images

I once spoke to Sugar Ray Leonard about the circumstances that led to him facing Donny Lalonde for the latter’s WBC light heavyweight title as well as the inaugural WBC super middleweight belt. The charismatic all-time great was very honest and reminisced about his former A-side status with glee.

“I was in the Ali position, or the Floyd Mayweather position,” chuckled Leonard. “Only Ali could have fought a wrestler (Antonio Inoki). Only Mayweather could fight a UFC guy (Conor McGregor). Only Sugar Ray Leonard could fight for two world titles at different weights in one night.

Sugar Ray had brought the superfight to the super middleweight division. After scoring a spectacular ninth-round knockout over Lalonde on Nov. 7, 1988, Leonard quickly dumped the 175-pound title in order to reignite rivalries with two of “The Four Kings” at super middleweight.

First up was a unification bout with Hearns, who had captured the inaugural WBO 168-pound title by getting off the floor to outpoint James Kinchen three days before Leonard-Lalonde. Once again Sugar Ray flexed his muscles at the negotiating table, forcing “The Hitman” to agree to a 164-pound catchweight. Desperate to avenge his 1981 loss, Hearns acquiesced and turned in his finest performance in years, dropping Leonard twice before coming out on the wrong end of an unforgiveable draw in June 1989.

More political hilarity surrounded Leonard’s third meeting with Roberto Duran. A 162-pound catchweight was in effect for this one, but both fighters made middleweight (Leonard was 160 and Duran was 158). Duran still held the WBC 160-pound title that he’d won courtesy of a thrilling 12-round split decision over Iran Barkley in February 1989, but he stood to be stripped when he entered the ring to fight Leonard at the higher weight. However, with both men now middleweights, promoter Bob Arum suggested to WBC president Jose Sulaiman that the 160 and 168-pound titles could be up for grabs. Following the Leonard-Lalonde backlash, Sulaiman wisely declined. In a forgettable fight, Leonard outscored Duran and vacated the super middleweight title shortly thereafter.

In the ensuing years, a host of terrific fighters have held a version or versions of the super middleweight crown: Chris Eubank, Nigel Benn, Steve Collins, Michael Nunn, James Toney, Roy Jones Jr., Joe Calzaghe, Carl Froch and Andre Ward among them. Eubank and Benn produced a sizzling rivalry in the U.K.; Jones was otherworldly at 168; Calzaghe ruled for over a decade and was the first Ring Magazine champ; Ward also reigned supreme.

Either Canelo Alvarez or Caleb Plant will join those great names after they’ve duked it out at the MGM Grand in Las Vegas on Saturday. For the first time in almost four decades, boxing will crown an undisputed super middleweight king.