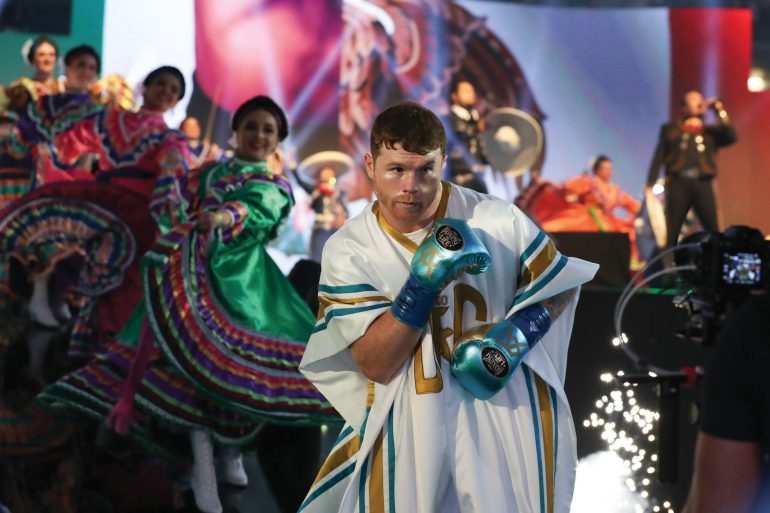 LAS VEGAS – Pound-for-pound king Canelo Alvarez has authored plenty of significant victories in his career on his way to winning world titles in four weight classes from junior middleweight to light heavyweight and becoming the sport’s biggest current star.

But Ring super middleweight champion Alvarez, who also hold the WBA, WBC and WBO titles, said that defeating IBF titleholder Caleb Plant to become the first ever undisputed 168-pound world champion would be the greatest accomplishment of his storied career so far.

“Being the undisputed champion is huge for my legacy,” Alvarez said. “Not only would it be an honor to be the first Latin American fighter to do it, but there’s only a select club of fighters who have achieved this. (Trainer/manager) Eddy (Reynoso) and I said in the beginning that the goal was to be undisputed, and now we’re one fight away.”

“The goal is to be an all-time great,” Alvarez said. “I’m so proud of the journey I’ve taken to achieve that. I’m not going to stop until I’ve tried my best to reach that goal.” 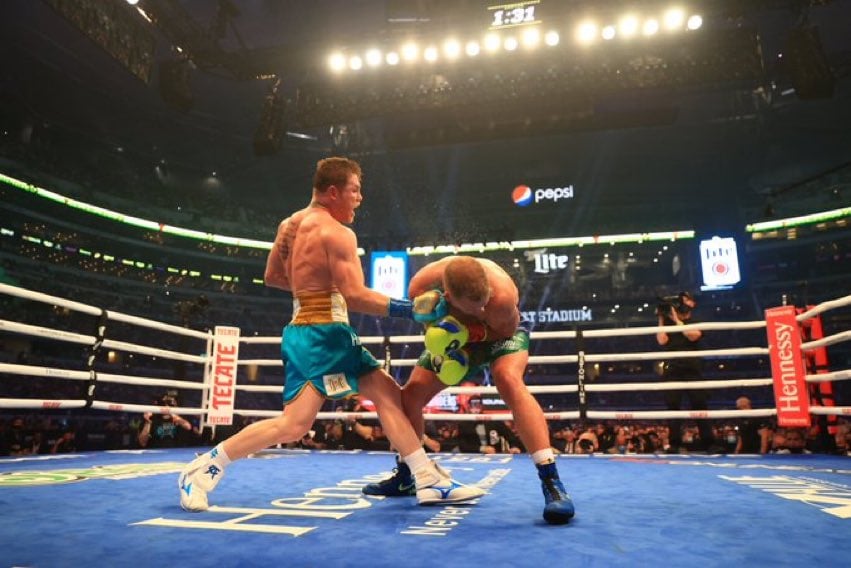 Canelo Alvarez (left) is one step away from achieving undisputed status at 168 pounds after dethroning Billy Joe Saunders. Photo by Michelle Farsi/ Matchroom

Showtime Sports president Stephen Espinoza, who first worked with Alvarez on five consecutive fights from 2013 to 2014 and has welcomed him back to Showtime for the fight with Plant, believes Alvarez is a special fighter.

“Eleven of his last 12 fights have been against (reigning or former) world champions. He is looking to be the first Mexican in the four-belt era to be an undisputed champ and if Canelo is successful, he will have done so in just 11 months after winning his first (super middleweight) title.”

In December, Alvarez toyed with Callum Smith in a one-sided decision to take his Ring and WBA titles and the vacant WBC belt. In May, he stopped Billy Joe Saunders in the eighth round to add the WBO title to his collection.

Before a potential victory over Plant, Alvarez and trainer/manager Eddy Reynoso are in agreement as to what Alvarez’s biggest victory has been so far.

They both say it was his dominating unanimous decision victory over Puerto Rican legend Miguel Cotto to win the middleweight championship in November 2015 at the Mandalay Bay Events Center in Las Vegas.

“I think it was the Cotto fight. Why? Because after that the fight I am more confident in the ring,” Alvarez told The Ring. “I learned a lot of things from that fight.”

Besides winning a title in his second weight class, Alvarez’s victory over Cotto is one of the biggest in the rich history of the Mexico versus Puerto Rico boxing rivalry.

“(Saturday) will be the most important fight of Saul’s career,” Reynoso told The Ring, using Alvarez’s given first name. “(Up to now it was) Miguel Cotto, because he is a (future) Hall of Famer. It really just left a mark fighting that sort of class fighter and it lifted Saul to a whole other level.”