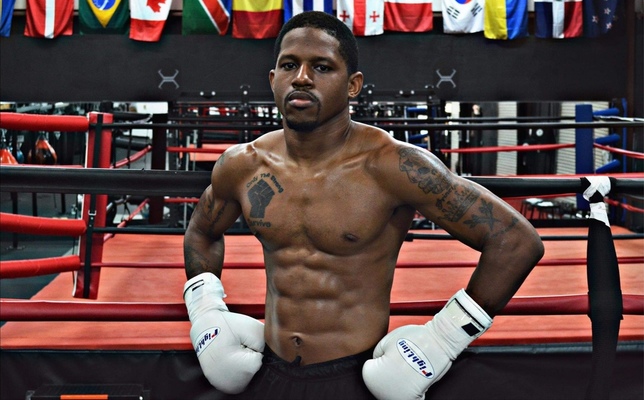 In his pre-bout interview with The Ring, the 32-year-old noted that Guzman (24-2, 23 KOs) took nearly two years off after he suffered his first loss in his first title defense back in July 2016 in Japan. He went as far as to say that he would “chuck him right back out in front of the world,” implying that Guzman would take another extended hiatus or even retire.

However, a majority of ringside observers felt the Dominican had done enough to win the fight. Jackson did concede that it was not the blowout that he initially perceived.

“It was a close fight. Guzman was a former world champion with a good record. You have to face adversity when you press the pace in the fashion that I did, but I got the victory,” he stated. “I kinda feared [the judges] were gonna give the fight to him, but [at the same time] not really.

“It turned out to be a 50-50 fight. I knew that I had a chance to win as well, and two of the three thought I did the better work in the ring.”

The 32-year-old Jackson (18-1, 11 KOs), who is originally from Anniston, Alabama, explained that while Guzman had success on the outside, his decision to be “boring” is what cost him the fight.

“He’s a good fighter, but his style isn’t for everyone. It was boring for the crowd. They were booing him, but I’m not gonna knock him. He’s a crafty guy, a vet, and a former world champion. He did what he had to do, but I’m here to come forward. I’m a dog.”

Jackson isn’t focused on boxing for the time being. He is looking forward to some relaxation time before he takes on his next opponent.

“I don’t mind fighting anybody next. I don’t back down to no face, but I need to rest,” he admitted. “It was a big victory on my resume, and I’m looking forward to indulging in this victory.”