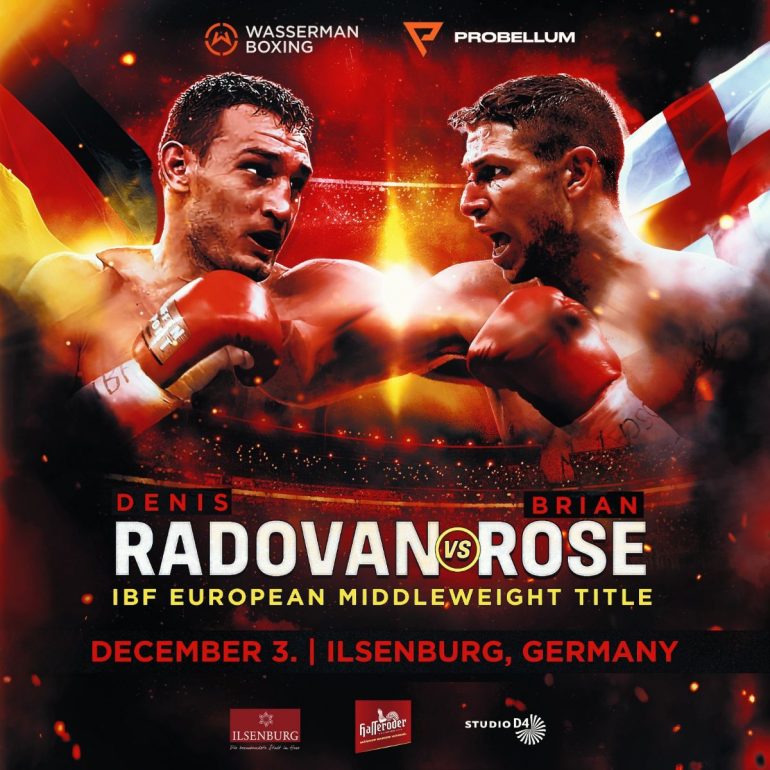 After a month of almost daily announcements of partnerships with major boxing players around the world and signings of prominent fighters, Richard Schaefer’s Probellum promotional outfit has announced its first live card, this time in collaboration with Wasserman Boxing.

This is the first in a series of high-profile events that both companies are planning in Germany following a new partnership between powerhouse promoter Wasserman Boxing, formerly Team Sauerland, and major global boxing and media company Probellum.

Radovan, who is undefeated in fifteen professional contests, will make the first defense of the IBF belt he claimed with a unanimous points win over Nuhu Lawal in September 2020. The exciting fighter from Cologne can expect a tough test as he takes on former British champion Rose.

“I’m looking forward to getting back in the ring,” said Radovan. “My opponent is very experienced. He has fought at a high level and shared the ring with many world class boxers. I am expecting hard fight but I will be well prepared and ready to defend my title.”

“Following successful shows in Austria, England and Latvia in the last few weeks, we can’t wait to get things started again in Germany,” said promoter Kalle Sauerland. “This is the first of many events we will stage in partnership with Probellum that will help bring German boxing back to the glory days. Fans in Ilsenburg can look forward to an incredible night of boxing on December 3, full of great match ups, exciting fights and world class fighters.”

“This is what we hoped for from our partnership with Wasserman Boxing: the joint implementation of events that promise excitement and high-quality boxing,” said Richard Schaefer, president of Probellum. “I look forward to seeing rising German star Denis Radovan and further fights that will be announced soon. This is just the beginning of our new partnership; we look forward to many more events together with Wasserman Boxing.”