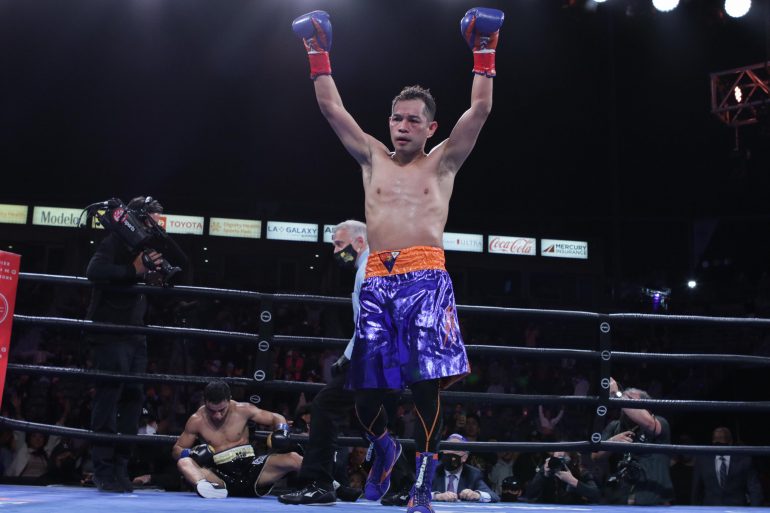 Nonito Donaire regained the WBC bantamweight title with a four-round KO of Nordine Oubaali 10 years after winning it with a second-round TKO of Fernando Montiel. Photo by Jhay Oh Otamias
11
Oct
by Ryan Songalia

Donaire and Schaefer have done business in the past, with Donaire signing with Schaefer’s company Ringstar Sports in 2017.

“Richard Schaefer has always been a ‘fighter’s first’ promoter,'” said Donaire (41-6, 27 knockouts). “I am convinced that with his vision, leadership skills and passion for the fighters he will elevate the sport and most importantly continue to empower fighters. I am proud to be part of Team Probellum and continue my relationship and friendship with Richard.”

Donaire, who was born in the Philippines and raised in California’s Bay Area, made history in his most recent bout, knocking out the previously unbeaten Nordine Oubaali in May to become the oldest bantamweight champion ever.

“Nonito is one of the greatest fighters in boxing. A future Hall of Famer and four-division and nine-time world champion, but it is not just his talent in the ring but his personality, charisma and values outside of the ring which make him the champion and role model he is,” said Schaefer.