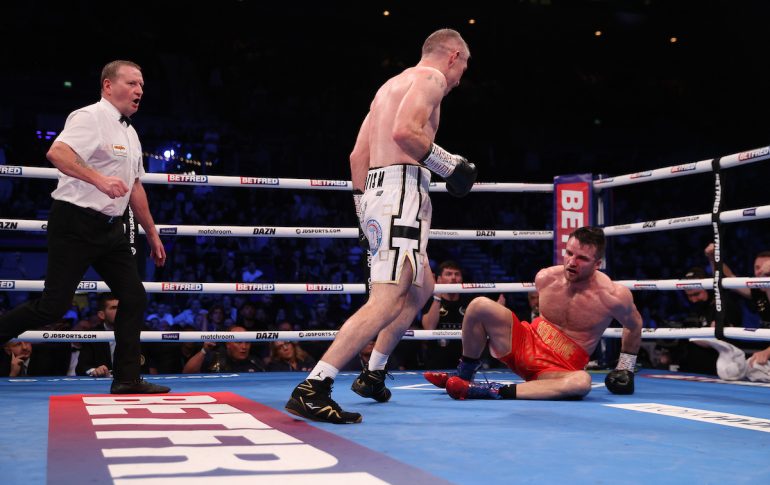 Former WBO junior middleweight titleholder Liam Smith overcame a shaky start to score an emphatic and impressive eighth-round stoppage over Anthony Fowler at the M&S in Liverpool, England on Saturday.

Following a frenetic pace through the first four rounds, Smith found his mark with a perfect right-hand shot in the fifth that decked his local rival heavily. Fowler found his feet, but he was hurt and his predicament was blood to a shark.

“It was a great fight and I always knew it would be competitive for the first six,” acknowledged Smith during his post-fight interview with DAZN. “I’ve been in with bigger punchers and I feel like I have a good chin at this level. I thought it was all over in Round 5.”

The knockdown was high-quality, but the finishing sequence in Round 8 was even better. Smith caught his man with a sharp four-punch salvo that culminated with a clean-up left hook to the head. It was a world-class combination. Fowler found his feet but he was woozy and the bout was called off by referee Howard Foster. The official time was 2:04

Right on cue, Matchroom Promoter Eddie Hearn confirmed that Smith-Vargas will take place in the U.S. early next year.

Fowler’s jab was effective early and a hard right-hand counter produced a cut over his opponent’s left eye in the opening round. It was a terrific shot, and he also scored with a fantastic two-fisted burst in the third, but Smith was biding his time and imposed his championship experience on Fowler.

Educated pressure carried the day for Smith, 33, and he proved that there’s still plenty left at the tank.

With both fighters hailing from Liverpool, a renowned boxing hotbed, this was an eagerly anticipated domestic showdown and it didn’t disappoint. 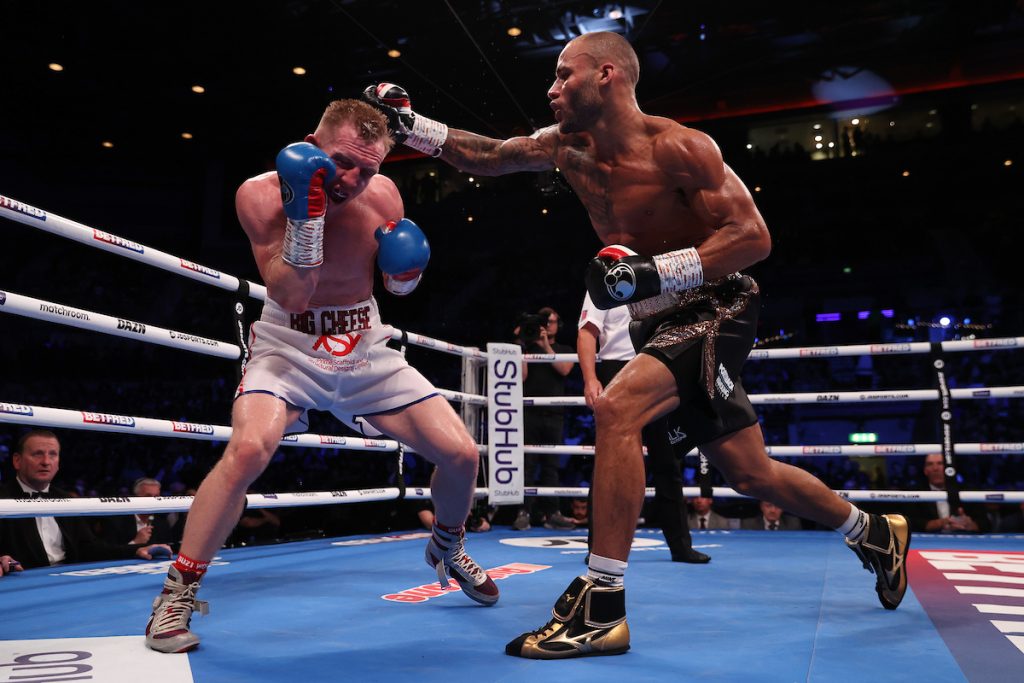 In another memorable fight, Troy Williamson claimed the British junior middleweight championship with a spectacular 10th-round knockout over Ted Cheeseman.

During the course of a fierce exchange in the 10th, Williamson nailed the champion with a perfect left hook that knocked him out upon impact. Referee Michael Alexander stopped the fight without administering a count. The official time was 0:50.

“We knew how hard it was gonna be, but we worked our arse off in the gym,” said Williamson (17-0-1, 13 KOs) during his post-fight interview. “I’ve showed everyone who I am tonight.”

There was excellent action throughout and Williamson produced some great form in the biggest moment of his professional life. The challenger was the more effective fighter in the first half and stunned the habitually durable Cheeseman in the sixth.

However, Cheeseman, a battle-hardened gladiator bounced back to shake his man badly in the seventh and the tide appeared to have turned.

Williamson had other ideas.

The ending was a candidate for knockout of the year and the bout itself might be a lock for British fight of the year.

Southpaw McGrail had everything his own way and was very close to scoring a stoppage in the final session after landing a brutal left to the body.