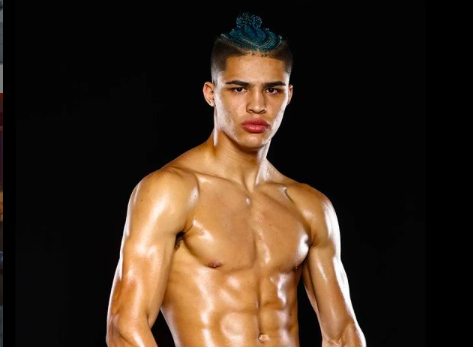 The undercard of the upcoming Jamel Herring-Shakur Stevenson tussle is shaping up as a solid showcase of young talents.

Top Rank has just announced that unbeaten Puerto Rican-born junior middleweight young gun Xander Zayas will attempt to improve his 10-0 (7 KO) unbeaten mark at the expense of Dan Karpency (9-3-1, 4 KOs) in a six-round bout, scheduled as the co-main event of the October 23 card to take place at Atlanta’s State Farm Arena. 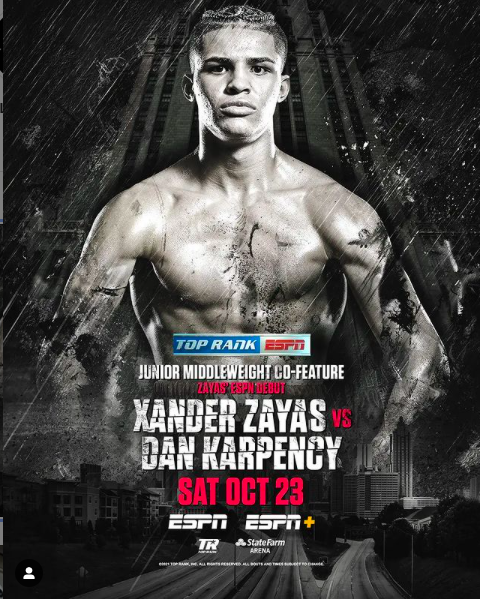 “Fighting underneath a main event like Herring-Stevenson, in front of the great Atlanta fans, is an honor,” said Zayas, 19, in a press release. “It will also be my first time fighting on ESPN as a co-feature, and I will not disappoint. My goal is to win Prospect of the Year, and I’m coming to Atlanta to put on a spectacular show,” said the San Juan native, who is coming off a six-round decision win over Jose Luis Sanchez back in September (see video below).

Being groomed to become the next Puerto Rican sensation since his signing at the tender age of 16, Zayas has received a lot of air time in his short career. He scored four first-round stoppage wins in his first six bouts and has been featured in the televised portions of several Top Rank cards since his much publicized signing with the Las Vegas-based company led by Hall of Fame promoter Bob Arum.

Also appearing in the undercard of the “Throwdown in A-Town” card, Muhammad Ali’s grandson Nico Ali Walsh will be looking to beat James Westley in their mutual quest for the second win of their respective young careers, this time in a four-rounder in the 160-pound division.

All three fights, including the main event, will be streamed live on ESPN.

Prior to that, a portion of the undercard to be streamed by ESPN+ will feature Evan “Yung Holy” Holyfield, Evander Holyfield’s son, who will be looking to improve his 7-0 (5 KO) mark against Charles Stanford (6-3, 3 KO) in a six-round junior middleweight bout.

Former U.S. Olympian Troy Isley (2-0, 1 KO) will also be featured in a six-rounder at middleweight.