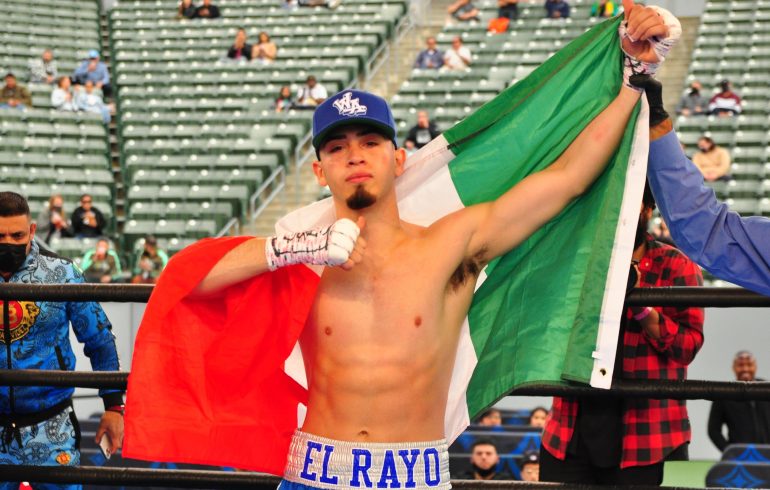 A brace of Premier Boxing Champions (PBC) cards will take place across two days next weekend.

Both cards will take place at Mechanics Bank Arena in Bakersfield, California and will will air live on FS1.

Valenzuela (9-0, 6 KOs), who is originally from the boxing hotbed of Los Mochis, Mexico and now resides in Seattle, Washington, scored an impressive knockout victory over Donte Strayhorn on August 21. That fight took place on the undercard of the Manny Pacquiao-Yordenis Ugas fight that aired on FOX pay-per-view.

The 22-year-old, who is a stablemate of unbeaten former two-time super middleweight titlist David Benavidez, has stopped his last five opponents.

Berrio (22-3-1, 13 KOs) lost to unbeaten Juan Pablo Romeo by unanimous decision in his last bout, on April 22. The 30-year-old has split his previous four fights, with the two losses coming against Zaur Abdullaev and Pavel Malikov in Russia.

In the co-feature, Suray Mahmutovic (3-0, 3 KOs) of Daly City, California will square off against Iowa’s Pachino Hill (6-0, 5 KOs) in a six-round clash of unbeaten super middleweights.

Headlining Sunday’s card, unbeaten junior lightweight prospect Maliek Montgomery will face the first significant test of his young career when he faces Aleem Jumakhanov in a 10-round bout.

Montgomery (10-0, 10 KOs), who resides in Macon, Georgia, last fought on April 3, stopping Weusi Johnson in four rounds. The 25-year-old has only faced only one fighter with a winning record.

Jumakhonov (9-3-2, 5 KOs), who is originally from Tajikistan and now resides in the Los Angeles suburb of Reseda, knocked out Jorge Ramos in the third round of his last bout on September 12 of last year. The 30-year-old pulled off the upset win in September 2019, defeating then-unbeaten Anthony Chavez by unanimous decision.

In the co-feature, junior welterweight prospect Omar Juarez (11-1, 5 KOs), who suffered his first loss as a pro to All Rivera, in his last bout on June 27, will square off against Mexico’s Jairo Lopez (26-13, 17 KOs) in an eight-round bout.

Opening the telecast will be a four-round junior featherweight bout between Hawaii’s Angel Barrientes (5-1, 4 KOs) and Victor Torres (7-8-1, 5 KOs) of Modesto, California. Torres has won his last four bouts.