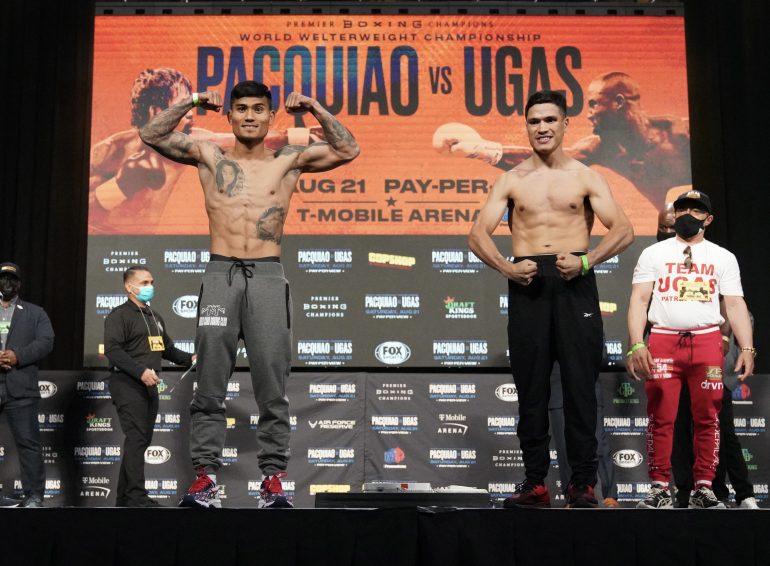 Featherweight Julio Ceja has been released from a local hospital following his brutal knockout defeat at the hands of Mark Magsayo.

The 28-year-old Ceja (32-5-1, 28 knockouts), a Mexico native based in Palmdale, California, was ahead on all three scorecards when Magsayo knocked him unconscious with a massive right hand in the 10th round of a “Knockout of the Year” contender on the undercard of the FOX Sports Pay-Per-View telecast headlined by Manny Pacquiao vs. Yordenis Ugas, at T-Mobile Arena.

As Ceja was already falling to the canvas, Magsayo connected with another right hand that left him motionless on his back. Ceja was tended to by medical personnel for several minutes before he was able to sit on his stool.

Ceja eventually walked out of the ring but required assistance to get to his locker room.

If nothing else, it was a sensational, shocking and impressive comeback for the Philippines’ Magsayo (23-0, 16 KOs), who himself was on the deck in Round 5. And Ceja appeared on his way to scoring the upset before getting his own lights turned off.

And Magsayo, despite knocking Ceja down in the opening round, was down considerably on all three scorecards entering the 10th round of their WBC featherweight eliminator. Max DeLuca and Lisa Giampa had Ceja up 86-83, while Don Trella tallied a score of 87-82.