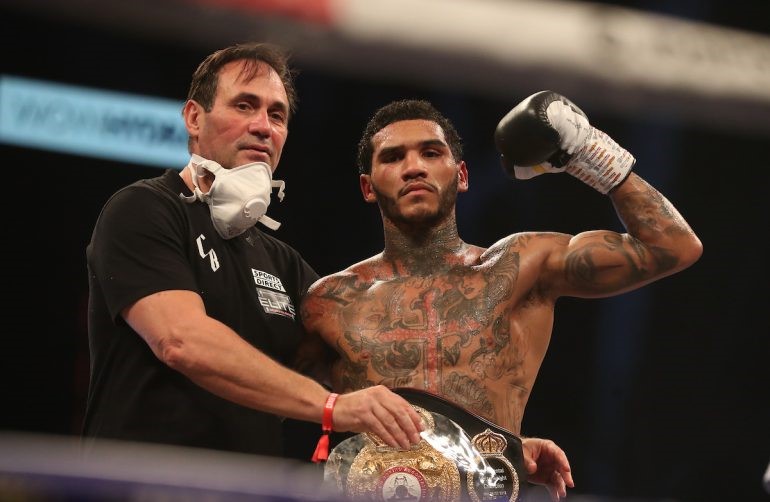 There aren’t many people in boxing who don’t know that Conor Benn “crushes it in the gym.”

The exciting welterweight contender tops the bill this weekend for week one of Matchroom Boxing’s Fight Camp against Adrian Granados but there’s no sign of Benn slowing up even though we are just days away from the contest.

“I change my body clock so there’s training in the evening, so I do all my explosive work in the evening and I did my last sparring yesterday [Monday] in the evening so I’m used to performing at this time,” Benn explained, late on Tuesday night. “What I’ve realized, these last two camps especially, is I’ve trained the day before the weigh in. I monitor it throughout the week but last camp I did a 30-minute jog at a relatively good pace on the treadmill and then did six sprints on the incline on the treadmill afterwards. That indicates to me I’ve done my weight right, it indicates to me that I’m full of energy and I’m fine, and if I’m struggling to do that then I know I’ve not done my weight that well. I like to train the day before the weigh in. I don’t need to rest – I’ve tapered down this week anyway.”

Benn is trained by Tony Sims and there’s a buzz about the man who’s being linked with a who’s who of welterweights, from Josh Kelly to Shawn Porter. Benn’s 18-0 and caught the eye defeating veteran Samuel Vargas in 80 seconds in his last fight. 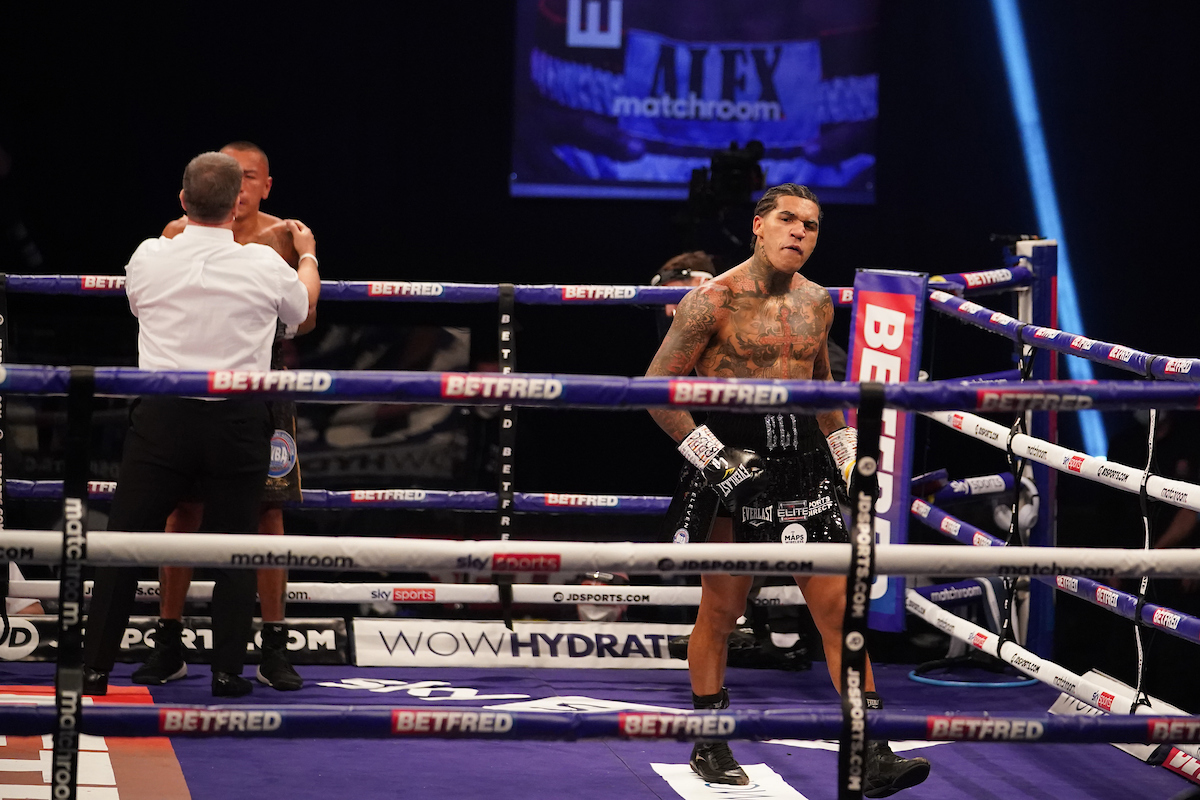 Granados is 21-8-3 and vastly experienced. Matchroom want to get Benn rounds and build his experience and Benn rates his opponent highly.

“He’s a good fighter, that goes without question,” admitted the 24-year-old. “He’s fought the best of our generation, the likes of Shawn Porter, I believe he beat Adrien Broner, he fought Robert Easter, Danny Garcia… so he’s a good veteran of the sport. I believe he’s a good fighter but I believe I’m a great fighter. Every time I test the waters I pass with flying colors and I’ll do the same this time around. He [Granados] talks, saying I’m world class at talking shit and I’m going to be humbled but at the end of the day, no one is up running with me at three in the morning, no one is sparring 15 rounds with three different guys, no one is doing their sprint work, diet and 100 per cent in the gym with me, so I have the right to speak like that. I have the right to be as confident as I am.”

Benn has become a father, too, and while life’s responsibilities might have changed, his mindset has not. Some fighters have talked about being softened by fatherhood – not Benn.

“It’s nothing like that,” Benn replied, smiling at the suggestion. “I don’t fight to put food on the table, I don’t fight for that reason. I fight because I love fighting. I fight because I love to win. I fight because I’m good at it and I love to fight. With my son coming along, it’s more to do with who I am as a man, the decisions I make inside and outside the ring, what I stand for, what I represent and how I conduct myself – and thinking twice before I make a decision. It’s changed me that way as a man. My dad was never Nigel Benn to me, he was dad first and then he was The Dark Destroyer. Being a dad is a priority for me.” 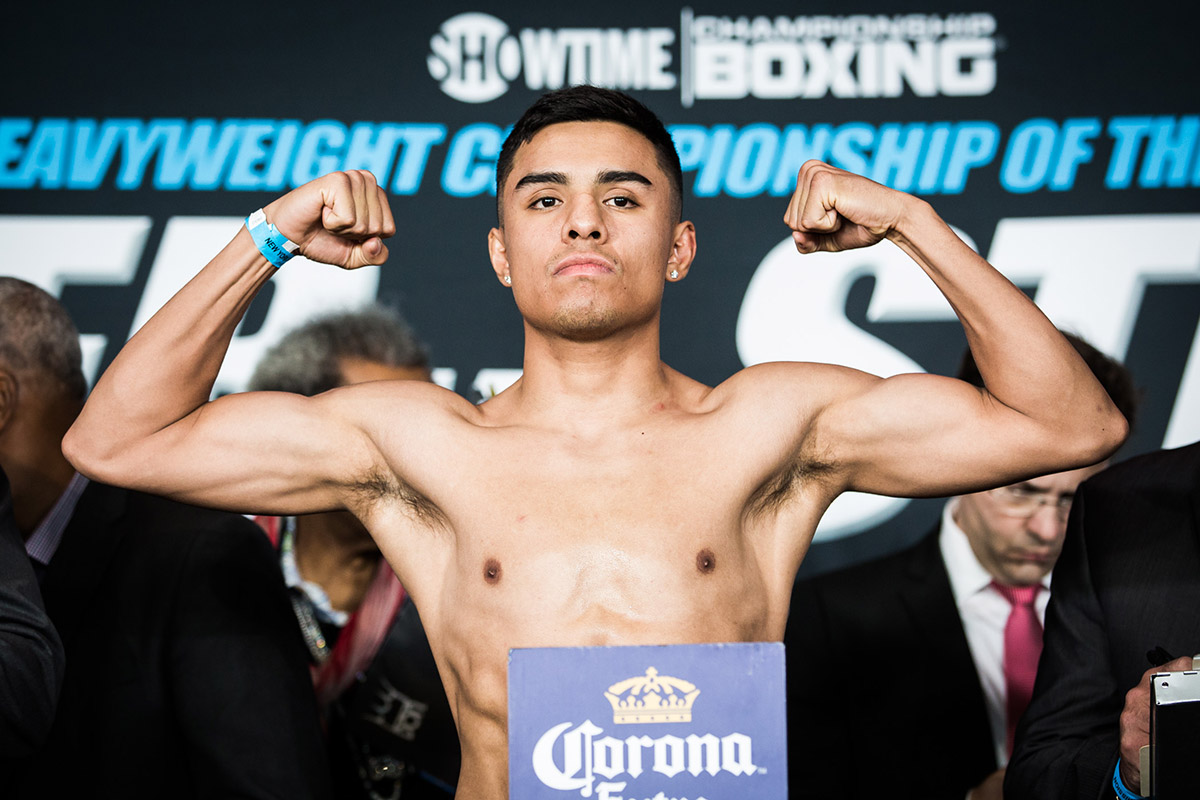 Granados is his boxing priority this week, even while he’s being asked questions about Kelly, about Porter and other big names at the weight. His focus is fixed on Granados.

“You can create the hype but don’t believe it,” he said, of keeping his mind on the job. “I don’t focus on what anyone’s got to say because if I lost my next two fights it’s the end of the world, I’m finished. You’re never as good as they say you are when you win and you’re never as bad as they say you are when you lose. I take it with a pinch of salt what they say.”

Benn has boxed just 68 rounds as a pro and there’s no need for him to rush into bigger fights. He knows that, even though there is a groundswell of momentum behind him in the UK.

“Kell Brook turned pro and won his world title at 28,” said Benn, drawing parallels with another fighter he’s been linked to. “And that was with a massive amateur background [which Benn didn’t have], so I’m way ahead of where I thought I would be. If I keep performing the way I’m performing I don’t see why I can’t fight for a world title in my next couple of fights. So far everything’s been going great but we’ll see, we’ll take every fight as it comes. It takes one punch to change everything.”

But for now, Benn is in the ascendency. His stock has never been higher and there’s talk about Amir Khan and the rest. Not only that, but he’s won over many detractors and created a huge fanbase, and he’s seen opinions change about him, too.

“Of course, but my dad said to me once, the higher the monkey climbs the more he shows his batty!” Benn joked. “The public will eventually see you for who you are and then the ones who choose not to? That’s their problem not yours so you’ve just got to be you. Not everyone’s going to like you. If you’re trying to appeal to everyone you’re a mug.”