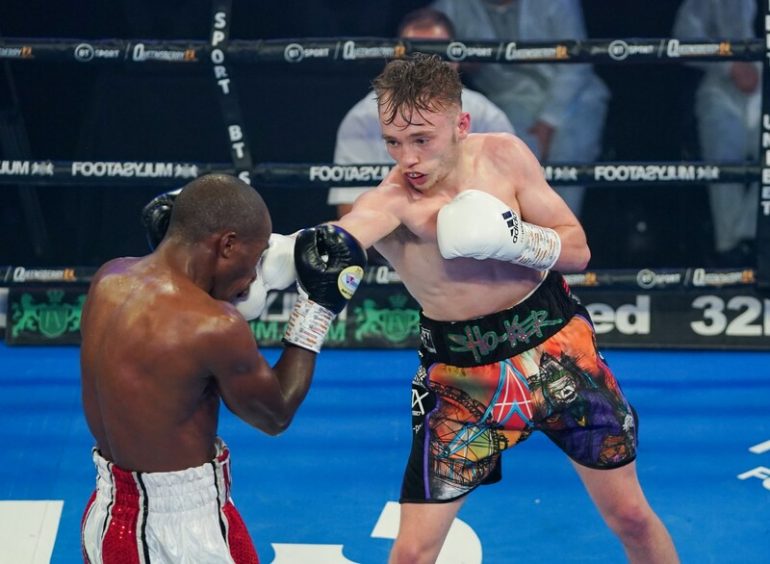 THE IBF WORLD flyweight champion Sunny Edwards will make a first defence of his title against the unbeaten Filipino Jayson Mama at the Copper Box Arena on Saturday September 11.

For ‘Showtime’ Sunny, 16-0, this mandatory challenge for his belt comes just over four months after his exquisite skills proved simply too much for the former long standing and decorated champion Muruti Mthalane at York Hall, where he became his promoter Frank Warren’s 149th world champion a matter of months after the Hall of Famer celebrated 40 years in the professional sport.

This time around, the 25-year-old Edwards will have the additional boost of crowd support inside the Copper Box on a show that falls squarely near the beginning of the traditional boxing ‘season’.

It should make for a spectacular start to the new campaign, with Edwards up against a 16-0 challenger, whose KO-record justifies his stage name of ‘Smasher’. The 24-year-old has stopped nine of his 16 opponents and hails from a nation with a rich pedigree in the lighter weight classes.

Promoter Frank Warren commented: “This is a bit of a step into the unknown against an unbeaten fighter who will be as confident of victory as Sunny was against Mthalane. Jayson Mama was good enough to step aside to allow Sunny his shot at the South African great and now it is his turn to attempt to upset the odds.

“To my mind though, Sunny is the best flyweight on the planet and this is just the beginning of a glorious reign as champion. He wants to unify and win the Ring Magazine belt and we will look to do that, but he has this mandatory obligation to navigate through first and he cannot take anything for granted.

“After winning his title in an eerie atmosphere, it would be fitting if the public really come out in their numbers to support Sunny on his journey as world champion and I hope the Copper Box is full to the rafters in recognition of his achievements.”