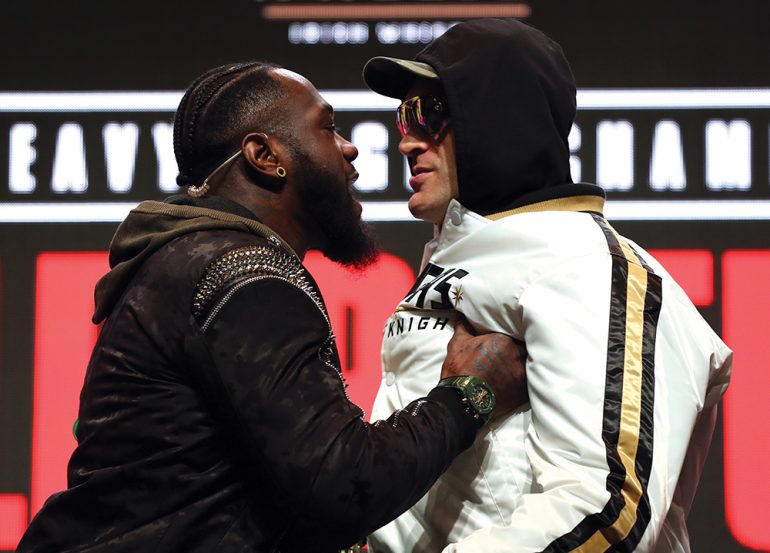 The Ring Magazine world heavyweight champion Tyson Fury is refusing to take the blame for the postponement of his third fight with Deontay Wilder.

The bout was scheduled to take place on Saturday night but was pushed back when Fury and a number of people in his camp reportedly tested positive for COVID-19.

While it was initially reported that Fury was fully vaccinated, it later turned out that he only received only the first dose required for full vaccination status. Furthermore Fury’s co-promoter Bob Arum, of Top Rank, revealed that he was worried about possible side effects from the second shot.

Despite the unfortunate circumstances, Fury still doesn’t believe he should be held at fault for what transpired.

“I’m the last person to blame,” Fury told Daily Mail. “I don’t have a large entourage, unlike most world champions with all their ass-licking hangers-on. Since coming back into full-time camp, I hadn’t been anywhere other than my new house here and the Top Rank gym, nor had my team.

“The only people whose movements I couldn’t completely control were my sparring partners, who change. They came in and out of the bubble and everyone knows this town is full of COVID. I suspect we caught it from one of them.”

In February 2020, Fury floored Wilder twice en route to a seventh-round TKO to win the WBC title from the American. Neither man has not fought since.

“Mentally he’s a broken man. I destroyed him last time in seven rounds and I will ruin him quicker next time. Inside five. He knows that if we fought 10 times I would win 10 times,” Fury concluded.

DESPITE REPORTEDLY TESTING POSITIVE FOR COVID-19, TYSON FURY IS MAKING THE ROUNDS