Will a win over William Zepeda open doors at 135 for Hector Tanajara Jr.? 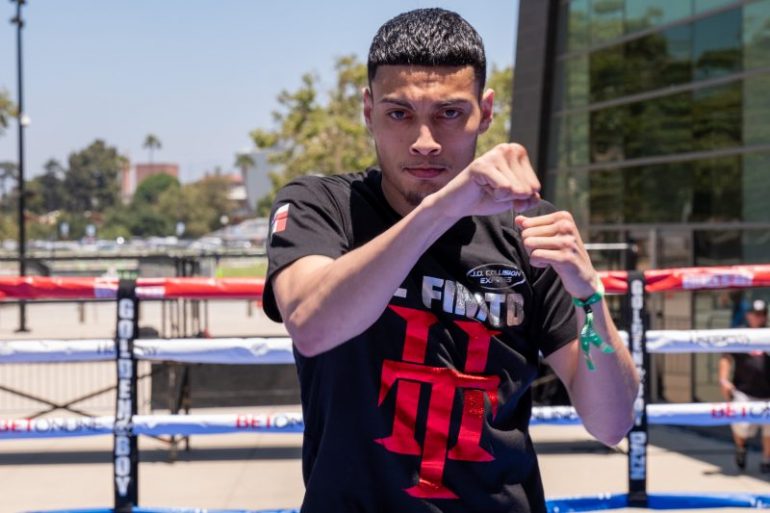 If Hector Tanajara Jr. is worried about facing a power-puncher in William Zepeda, he sure isn’t showing it.

Then again, having sparred Mikey Garcia, Jose Ramirez and Vergil Ortiz, Tanajara believes Zepeda may be in over his head.

Tanajara and Zepeda will square off Friday evening, at Banc of California Stadium, in Los Angeles, California. The 10-round bout will be part of the stacked DAZN stream that will also feature the lightweight bout between Joseph “JoJo” Diaz and Javier Fortuna and the light heavyweight clash between Gilberto Ramirez and Sullivan Barrera (9 p.m. ET/ 6 p.m. PT).

The clash between Tanajara and Zepeda is one of, if not, the most anticipated and evenly-matched fights on the Golden Boy Promotions card. Tanajara will attempt to outbox and counter the more aggressive, powerful Zepeda in what would be the most important fight thus far in their young careers.

Tanajara (19-0, 5 knockouts) is not overlooking Zepeda but believes he is the more complete fighter and the sparring and training he receives at the Robert Garcia Boxing Academy, in Riverside, California, will be the difference.

“I’m approaching this fight as I would any other but I take every fight as important as the next,” Tanajara told The Ring over the phone Monday. “I took this training camp to the next level. I’m in the best shape of my life. I know [Zepeda] will be in the best shape to face me as well.

“I am familiar with Willam. I sparred him at the Olympic Training Center [in Colorado] when I was 15 or 16 years old. He has power but he’s built his record in Mexico. I believe I’ve fought the tougher opposition. My career has been tougher than his. He’s strong and comes forward but I have faced the better opposition.”

Tanajara has benefited from the amount of work he has received from trainer Robert Garcia, who trains a who’s who of titleholders, unbeaten fighters and contenders. One day, Tanajara could be sparring Vergil Ortiz Jr.; the next day, Tanajara will trade punches with Jose Ramirez. Tanajara believes he has become a more complete fighter because of the amount of sparring he has received against some of the top fighters in boxing today. 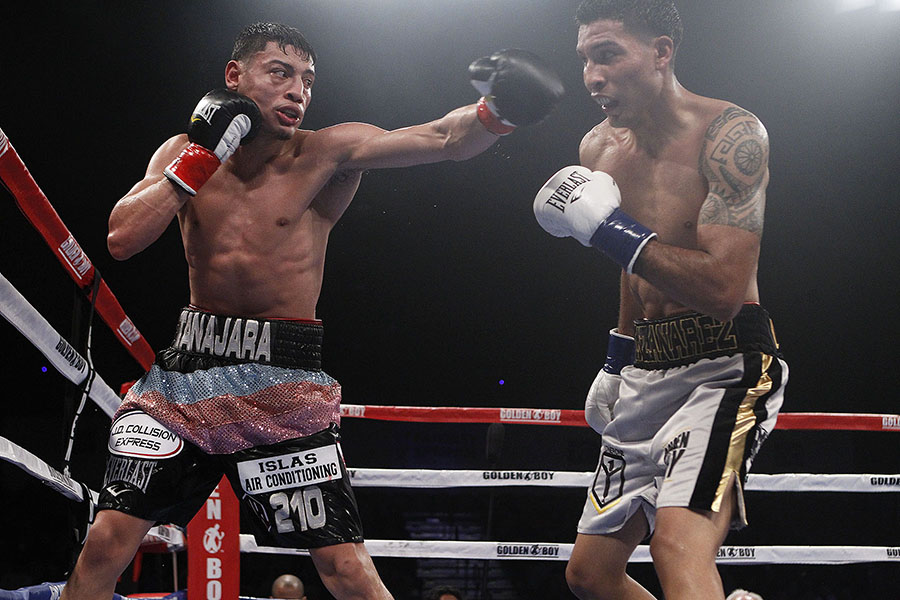 “There’s no better sparring than at the Robert Garcia Boxing Academy,” said Tanajara, who is managed by Rick Mirigian. “That place gets me mentally and physically ready for these fights. I always felt that the sparring is harder than the fights itself. The fight may seem hard but the work we put in the gym makes it easier.

“I really like sparring with Vergil. He’s two weight classes heavier than me but he’s one of the best fighters in boxing today. He pushes me to my limits. Because I spar Vergil, my fights look easy. My opponents don’t have the skills like the fighters I spar daily at the gym. I’m really grateful for the sparring I receive.”

On top of the sparring, Tanajara also counts on the advice and wisdom from Garcia. Whether he motivates Tanajara in the corner during a fight or asking about family after a training session, Garcia has created an unbreakable bond with Tanajara.

“Having someone like Robert in my corner means everything,” said Tanajara. “He is one of the reasons where I’m at in my career. I wouldn’t have learned as much if it wasn’t for his words of encouragement and motivation. He’s like a big brother, a second dad. He talks to me about life outside of boxing. It’s a good feeling having someone like him in your corner. He’s been in big fights in his career and he gives me advice. I have all confidence in the world having Robert in my corner.”

A win over Zepeda (22-0, 20 KOs) would put Tanajara into contender status. Tanajara is eager to face the best fighters at 135 pounds later this year or in early 2022.

While he admits he has yet to hit his ceiling, Tanajara believes his talent, work ethic, level of sparring and having a trainer like Robert Garcia is a winning combination to one day fight for a major title.

“This fight is going to show the world what type of fighter I am. I can see me fighting for a world title in a couple of fights. A win over Zepeda will definitely open more days for me.

“I’m down to face anyone. Fighting [WBC beltholder  Devin] Haney would be the most ideal because we both fight on DAZN. I’d like to fight Ryan Garcia as well. I know these fights will become a reality after I beat Zepeda and as long as I keep winning.”

HECTOR TANAJARA JR.: ‘DEVIN HANEY IS THE MOST BEATABLE OF THE TOP DOGS’