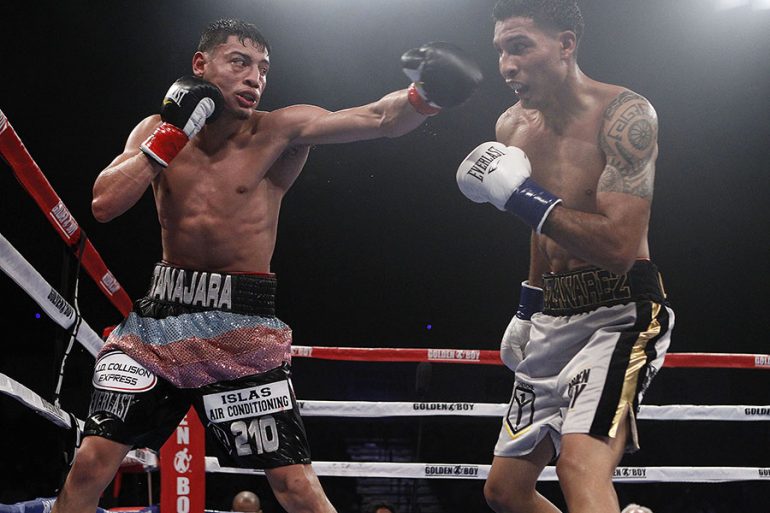 Tanajara is the latest to sign his deal, joining both welterweight Vergil Ortiz Jr. and junior bantamweight contender Joshua Franco, it was announced on Tuesday afternoon.

All three fighters are promoted by Golden Boy Promotions and trained by Robert Garcia.

The 23-year-old, who made his pro debut at the age of 18, in August 2015, is confident that both MTK Global and Mirigian can take his career to the next level.

“I’m very excited and believe that working with MTK Global as my advisors will elevate me in the sport of boxing,” said Tanajara. “They have a well-respected track record of getting things done and are behind some of the biggest fights we’ve seen recently. I just have to continue working hard and let them do what they do best.

“Having Rick Mirigian as my manager is a game-changer and his work ethic is something I truly admire. I know he’s going to work relentlessly to get me and my team the best fights around and help me get me to be the superstar I know I will be.”

Mirigian, who is based in California’s Central Valley, also manages WBC/WBO junior welterweight titleholder Jose Ramirez. Mirigian is confident that Tanajara has not hit his ceiling yet as a fighter and can contend at 135 pounds.

“Hector Tanajara is right there to fight (WBC titleholder) Devin Haney, Ryan Garcia, (The Ring Magazine lightweight champion) Teofimo Lopez and the rest of the division in the years to come and after.

“He can beat these guys and the big fights await for this undefeated star. With a complete team in myself, MTK Global, and (the Robert Garcia Boxing Academy) RGBA, we will go out there and look to get these type of fights for him.”

“He’s already managed to amass a superb unbeaten record of 19-0. We’re confident that, alongside Rick Mirigian, we can help him achieve huge success in the sport.”