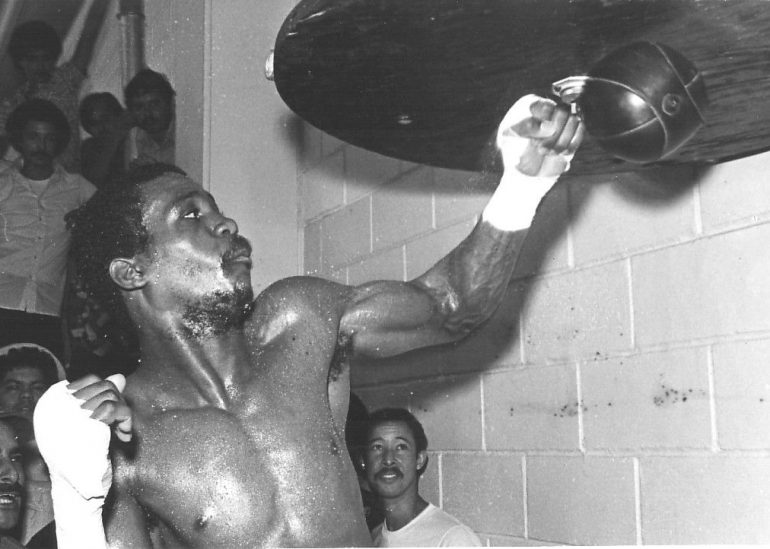 Photo from the WBC
08
Jun
by Anson Wainwright

Talented boxer-puncher Alfredo Escalera held the WBA 130-pound title in the mid-1970s. The active titleholder made 10 successful defenses before losing an all-time classic to the legendary Alexis Arguello.

Escalera was born in Carolina, in the north east of Puerto Rico on March 21, 1952.

“I was born in ‘La Cerámica,’ a neighborhood in Carolina, which is an industrial zone,” Escalera told The Ring through Fernando Gaztambide. “Our economic situation was precarious, there were nine of us. The way we helped was by delivering meals which my mother prepared. When I was a little older, I worked with my dad in construction.”

As a youngster he was often involved in altercations and things escalated from there.

“I fought at school and around the neighborhood too,” he explained. “It seems like it was already in my veins at birth. A neighbor started taking me to the gym. I was about 10 or 11 years old when I started.” 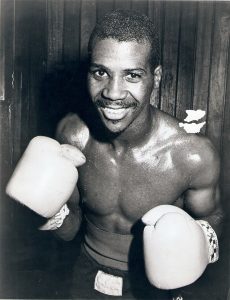 Things moved up a gear when his parents divorced and he moved to New York City with his mother, living there from 1964 until 1970. In his final year in the Big Apple, Escalera won the New York Golden Gloves sub-novice 135-pound championship.

“That was like winning a gold medal in the Olympics,” said Escalera, who had 37 amateur fights.

Escalera made his professional debut with a fourth-round win over journeyman Bobby Payzant in September 1970. However, he had to learn on the job, combing a day job and boxing and went a middling 12-5 in his first 17 fights.

Something clicked and the Puerto Rican ran off 14 consecutive victories and was rewarded by promoter Ernesto Gallardo, who invited him to Mexico.

“Gallardo mentioned that I could be given the opportunity for a world title,” he explained. “In that time, I had four fights, of which I only won two, but the doors opened to me to meet other people in the boxing environment.

“I met Professor Ramón Velázquez, who was the president of the WBC at that time, and Don Fraser, who was a promoter and manager. I did my workouts at the Velázquez gym. My coach was Víctor Valle. I learned a lot from him and his training sessions and they gave me the exposure I needed. Velázquez saw a potential in me to become a world champion.”

Fraser brokered a deal with Keodo Promotions for Escalera to face WBC titleholder Kuniaki Shibata in Hitachinaka, Japan in July 1975.

“My experience in Japan was very good,” he said. “Upon our arrival at the airport there were more than 200 journalists, something new for me. The reception was like a champion, they let us use a limousine to travel around. The organization seemed perfect. We had bodyguards for our safety and protection.”

After a tentative opening Escalera sprang into life late in the second-round stunning Kuniaki with a combination that left the defending champion flat on his back.

“I didn’t imagine that I could beat him so fast,” he said of his coronation. “At the end, Kuniaki hugged me, a gesture of respect and admiration. Kuniaki proved to be a true champion. I will never forget that night. I achieved everything I had dreamed of, to be a world champion.”

Escalera was greeted by throngs of his countrymen at the airport and the major held a parade in Carolina in his honor.

“I arrived at the square of my town, I never imagined seeing so many people,” he recalled. “My people made me feel so happy, I didn’t expect it. They placed me on the balcony of the old town hall from there I could see everything.”

“I have the best memories,” he said. “Reaching the countries as champion was the best, the respect, the admiration of the people, that was what filled me with joy.”

Escalera’s seventh title defense against Tyrone Everett was particularly noteworthy. He traveled to the unbeaten challenger’s hometown of Philadelphia in November 1976.

“He was a very awkward southpaw, he liked to counter-attack, he had a lot of movement in the ring that the fans liked a lot,” recalled Escalera, who edged matters by razor thin 15-round split decision. “When a fight reaches the limit, 15 rounds, and you have to decide (who wins) there is always controversy, that always happens.

“I remember that I felt concern it was not a one-sided fight, we had fought very evenly, his style of moving a lot bothered me because I wanted him to stop to fight. It was the most controversial fight of my entire career.”

The two were due to face each other in a rematch in June 1977. However, Everett was murdered by his girlfriend.

“His death affected me a lot, personally and emotionally,” said Escalera. “His death created more doubts about the outcome of the fight and created more controversy. They were difficult times. I always regretted his death. He was a warrior and a champion.”

In January 1978, Escalera was matched with rising star Alexis Arguello, who had vacated his featherweight crown in search of further glory up at 130 pounds.

“The fights with Arguello were not fights, they were wars,” said Escalera, who was stopped in 13 rounds in two fight with Arguello, the first bout stoppage was due to cuts. “It took me time to accept that I lost. The first fight was in Puerto Rico. Referee Arthur Mercante stopped the fight because of the cuts. I was very angry because I felt that I could beat him. The adrenaline asked me to continue. The reality was I bleeding too much and Alexis also looked very hurt.”

“El Salsero” had a rematch clause and the second fight took place in Rimini, Italy in February 1979.

“A war happened from start to finish,” he said. “I learned that Alexis was a true champion. A very sincere friendship was born between us. I traveled several times to Nicaragua to visit him. Alexis and I shared some wonderful moments. He had a very big heart. Maybe I lost both battles but I won a true friend. In their country they always respected me and welcomed me with love.”

The Puerto Rican continued his career with moderate success until retiring with a record of 53-14-3 (31 knockouts) in 1983.

“I worked for the Department of Housing in Puerto Rico for several years,” he said of his life after boxing. “Then I had problems with my eye sight. I moved away from the gym that I was so passionate about on the recommendation of my ophthalmologist. I am currently retired. I have a farm and I like to work on it. I plant and cultivate.”

Escalera, now 69, is married, lives in San Juan, Puerto Rico and has seven children, eight grandchildren and one great grandson.

“They are my happiness, they make me laugh out loud,” he said proudly. “I love when they visit me because there is no limit to the amount of sweets or desserts when they are.”

The former titleholder graciously took time to speak to The Ring about the best he fought in 10 key categories.

Jose Fernandez: José Fernández was a very strong boxer, his jab was powerful, the jab was accompanied by courage in the ring. He just kept throwing punches all the way through the fight.

Alexis Arguello: He was much taller than me, his stye of fighting was with his arms high and tightly closed. He knew how to protect himself very well.

Ronnie McGarvey: He was very fast, he threw a lot of blows, it was his way of fighting, attacking from the beginning with different handspeed to confuse me.

Ray Lunny III: He moved very well in the ring, so much so that I thought he was a wrestler, too much grabbing and holding too.

Arguello: I consider him smart because he told me that he would never face me in a fight again, because the third time was the charm and I would win. 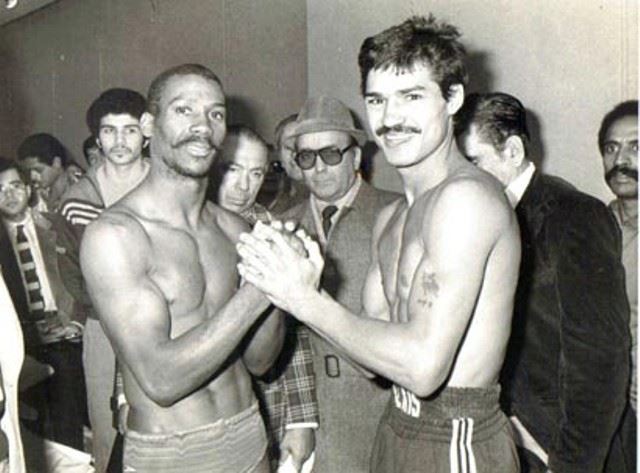 Arguello: He endured a lot of blows. I threw right and left hooks and he showed no pain, just continued fighting. Hernandez was knocked out only two times in 61 professional fights. Hernandez covered himself well and had a tremendous chin. Several blows to the liver and jaw, I thought he was going down but this Venezuelan really is a warrior.

Hernandez: My fight with him was a draw, he hit hard. Tough fight. I did feel his power but I was able to take them very well.

Tyrone Everett: He was very fast in the ring, he knew how to dodge punches well. He was a complete boxer, punching, style, defense, he applied everything in the fight.

Arguello: Arguello and I fought a give and take war, we were both very aggressive, the idea was to connect punches, jabs, hooks, uppercuts, looking to win the fight. Arguello knew how to brawl and box from distance too.

Fernando Gaztambide helped co-ordinate and translate this feature. The Ring appreciated his assistance.