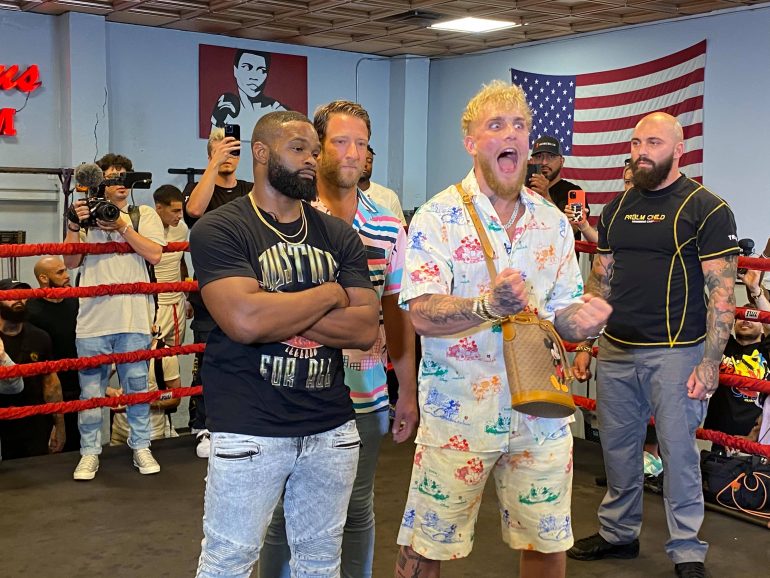 Jake Paul spoke to reporters Thursday at Fifth Street Gym in Miami after doing a promotional face-off with his next opponent, former UFC champion Tyron Woodley.

The 24-year-old social media star spoke about challenging Woodley to a wager on the outcome of the fight, his history with the Disney Channel and getting better pay for UFC fighters.