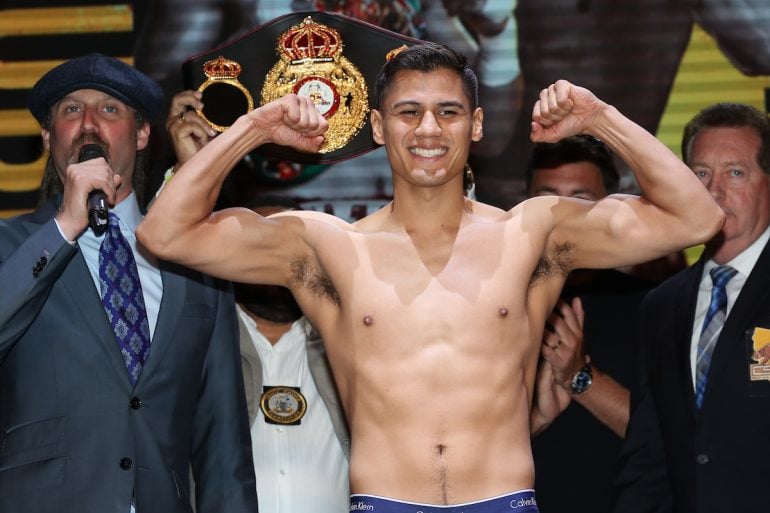 Danny Roman believes he is the best junior featherweight in the world. But as confident as he is, Roman, who is rated No.2 by The Ring at 122 pounds, wants to prove it by regaining his world title belts.

First, Roman must get past hard-hitting Ricardo Espinoza Saturday night at Dignity Health Sports Park in Carson, California. The 12-round bout will precede the main event between WBC junior featherweight titleholder Luis Nery and Brandon Figueroa.

Despite his plans for revenge, Roman refuses to overlook Espinoza. His opponent has won 15 of his last 16 fights, 13 of them by knockout.

“He’s a strong fighter who comes forward,” Roman told The Ring. “He comes to fight. I just have to make the necessary adjustments for him. I just have to take things one step at a time, I don’t overlook anyone or anything. Ricardo Espinoza has my undivided attention for Saturday night.

“As much as I would like a rematch against Murodjon or any of the top fighters, I understand the politics in the sport. I’m ready for any opportunity. I won the mandatory for the WBC when I beat Payano. I’m just waiting on that opportunity or the winner of Nery and Figueroa.”

Roman admits to getting a late start in the Akhmadaliev fight, something he regrets. If a rematch were to occur, Roman is confident that he can not only defeat his conqueror but notch an impressive knockout.

“I started a little late,” said Roman, who is promoted by Thompson Boxing. “I should’ve started letting my hands go in the third round. I should’ve started putting the pressure on from the beginning. There were times when I was fighting his fight. I don’t think I lost. I just have to respect the judges’ decision. I gave Murodjon a chance and I want that opportunity in return.

“I don’t think he’s better than me. I know I can beat and stop him.” 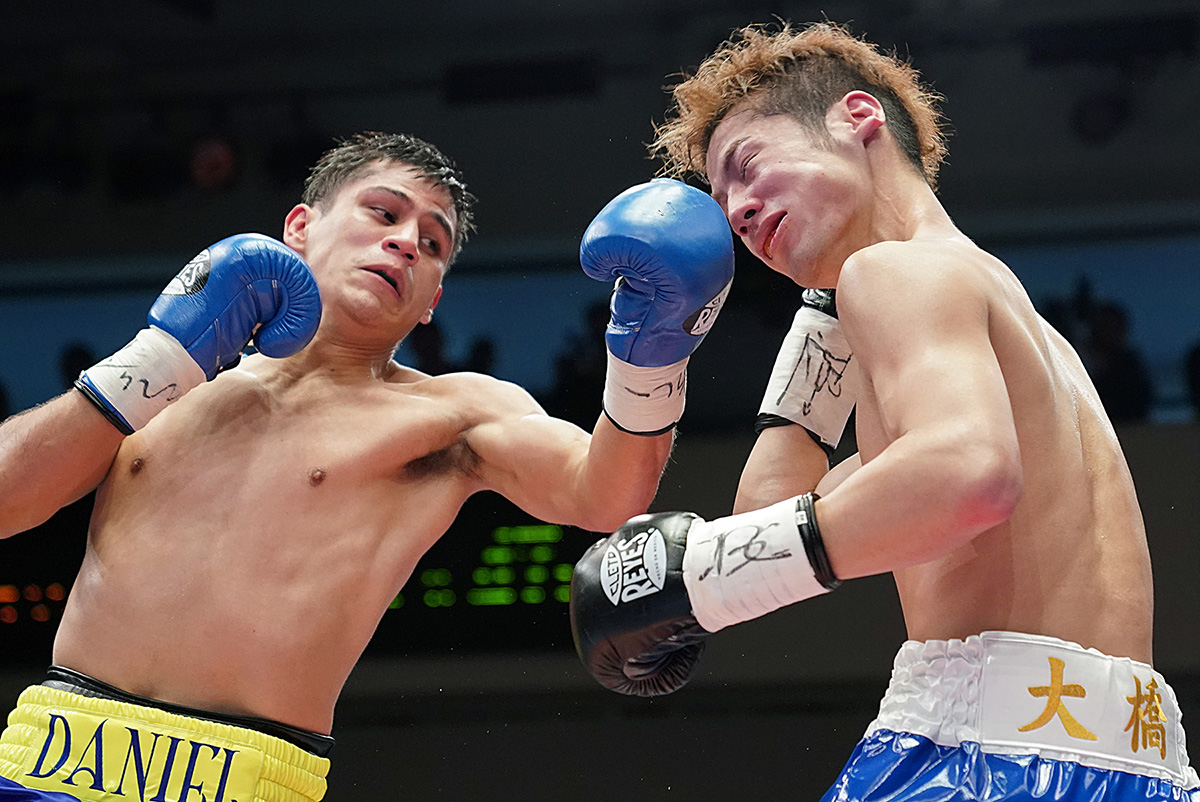 Roman catches Ryo Matsumoto with an uppercut on his way to a unanimous decision in Tokyo. Photo by Naoki Fukuda

Prior to the loss to Akhmadaliev, Roman had won his previous 19 bouts since losing a close decision to Juan Reyes in October 2013. At that point, Roman was at a crossroads in his personal life, even contemplating hanging up his gloves for good.

The 31-year-old regrouped following the loss to Reyes and decided to rededicate himself to the sport.

“That time shaped me to be the man I am,” said Roman. “Those losses, early on, molded me to be who I am today. I was put in against top competition. It helped me in the long run.

“After the loss to Ivan Reyes I thought about retiring. It was hard for my manager to get fights for me. At that time, I was working at a fast food restaurant in Los Angeles. I just kept telling my manager to go out and see what he could find for me. If he couldn’t find anything, I was going to be done with the sport. From that year (2013) I started winning. Everything started lining up… eventually me becoming the WBA champion and later becoming the unified champion when I beat [TJ] Doheny.

Through the ups and downs, Roman has had trainer Eddie Gonzalez by his side. While Gonzalez has not received the same accolades as trainers Robert Garcia, Freddie Roach, Eddy Reynoso, Joel Diaz, or Manny Robles, Roman remains more than satisfied with his chief second.

“It feels good,” said Roman. “He’s a smart trainer. He has always looked out for me. He has been on my side since day one. He’s a good trainer, a good guy and a good friend. I never thought about getting rid of him. It’s always been, we have stuff to work on for me to get better.”

All going well, Roman wants to face any of the available world titleholders, including WBO king Stephen Fulton, but he reiterated that the Akhmadaliev sequel remains a priority.

“I proved I’m the best, I beat another world champion (Doheny). Not only did I drop him twice, but I dominated the fight. That’s how you beat a champion. He was willing to fight me. I want to fight any of the champions, I’m just waiting for the opportunity.

“I have unfinished business with Akhmadaliev. I can’t wait to be back on top.”