Women’s Ratings update: Cruz breaks in at No. 3 in the 126-pound division 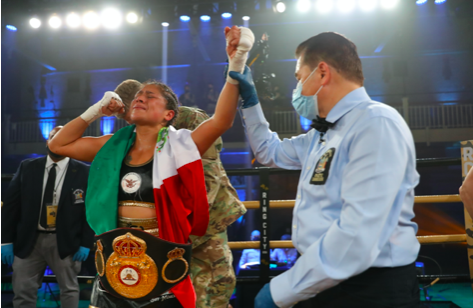 With a clear No. 1 and a group of talented but relatively inactive fighters behind her, The Ring’s Top 5 female featherweight ranking was in bad need of a shake-up.

Erika Cruz-Hernandez did just that. And quite impressively too.

Fighting as the slight underdog against one of boxing’s most stable, talented and longest-reigning champions, “Dinamita” dominated 38-year old Canadian multiple titlist Jelena Mrdjenovich with an explosive performance worthy of her moniker.

A combination of accidental head butts and an accumulation of injuries that Mrdjenovich has sustained over the years caused the defending WBA champ to suffer a cut that would ultimately cause the premature end of the bout. But the scorecards revealed the one-sided beating that Cruz had administered up to that point, and the title changed hands after a 70-63 decision across the board.

With all this in mind, The Ring’s women’s ratings panel decided that Cruz’s performance earned her the right to enter the ranking as the new No. 3 featherweight in the world, with Mrdjenovich moving down to No. 5 and Jennifer Han being bumped out to make room for the new lineup. As part of that same process, Sarah Mahfoud was also bumped up to No. 2. 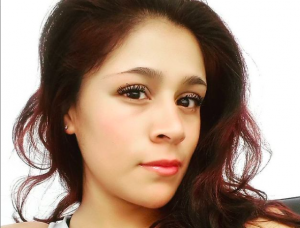 The panel has spoken; that is the third rated fighter at 126, people.

“Mrdjenovich looked ‘old’ against Cruz,” argued panelist Michael Montero, “… and she hasn’t looked particularly good in her last few fights in my opinion.”

“I think Jelena was surprised from the first round and then she got frustrated. She came back to the corner totally out of fighting spirit, and her coach even asked her if she was listening. We are at the epicenter of generational change and Jelena could not be the exception,” said Deserti.

Keeping Mrdjenovich in the rankings in favor of the still unbeaten Han is a testimony of the respect that the panel felt for the longtime champ, and even after such a devastating loss, most panelists bet on a future comeback by the Canadian.

“I prefer to keep her there until somebody else bumps her off altogether,” said Lupi Beagle, of Beautiful Brawlers, with historian Malissa Smith agreeing by saying that, “I’d keep her at No. 5 for the moment, and see what other fights happen in the division,” perhaps in reference to current No. 4 Heather Hardy’s imminent fight in a different weight class.

As for Cruz, the panel was cautious on her prospects even after such a dominating performance.

“I’m not bullish on Cruz long-term, she’s limited, but she should be credited for defeating Mrdjenovich,” said Mark Jones, while Yesica Palmetta of Argentina indicated that, “Cruz demonstrated a great forcefulness in her boxing and intelligence by knowing how to turn her own disadvantages into advantages against Mrdjenovich.”