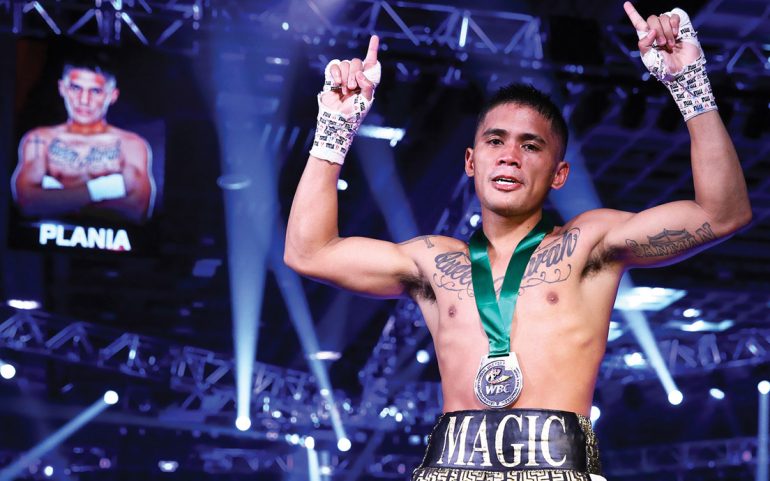 Mike Plania will return to the ring on April 30 for the first time since his breakout win over Joshua Greer Jr.

The fight will be Plania’s first fight since last June, when he knocked down then-WBO no. 1 bantamweight contender Greer twice in a majority decision win on a Top Rank card. Plania had been stranded at his training base in Miami, where he works with Osmiri “Moro” Fernandez, when Top Rank came calling, just as pro boxing was resuming after several months off.

Promoter Jim Claude Manangquil of Sanman Promotions says his inactivity was because of delays to renewing his visa related to the COVID-19 pandemic.

“After this he heads back to the United States for bigger fights,” said Manangquil. “We would fight anyone with a belt at 122 pounds.”

Plania is rated in the top 15 by the WBC, WBA and IBF at 122 pounds, and is the no. 2 ranked bantamweight contender with the WBO.

Mogawa has weighed as much as 126 pounds but weighed just 112 pounds for his last fight in September of 2019, when he lost a rematch to Johnriel Castino, whom he had previously beaten.

The fight card will be closed to the public, in keeping with local pandemic mitigation efforts, with only officers, boxers and trainers allowed in the venue.

The card will stream live on the Sanman Promotions Facebook page.