Sergey Lipinets doesn’t see himself as underdog versus Boots Ennis 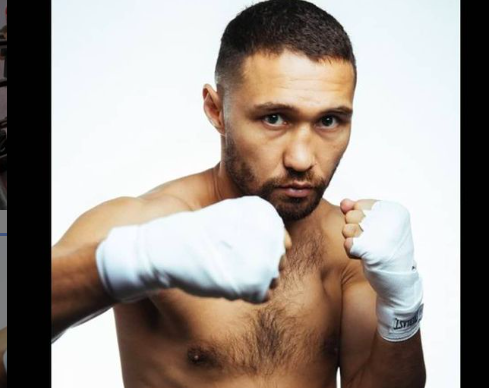 Sergey Lipinets finds himself in a unique position leading up to his fight against Jaron ‘Boots’ Ennis. Lipinets may have won a world title belt and has faced the better opposition between the two fighters, but is the betting underdog against the unbeaten Ennis.

That does not faze the Russia-born fighter, who is confident he has the tenacity and experience to notch the first loss in the pro career of Ennis.

The clash between Lipinets and Ennis will also be compelling as far as physical attributes go. Ennis will have a height and reach advantage to go along with power in each hand, which has seen him knock out his previous 16 opponents prior to fighting to a no-decision in his last bout against Chris van Heerden on December 19.

Lipinets (16-1-1, 12 knockouts), who now resides in the Los Angeles suburb of Woodland Hills, last fought on October 24, fighting to a majority-decision draw against unbeaten Custio Clayton of Canada. In his previous fight in July 2019, Lipinets stopped Jayar Inson of the Philippines in round two. 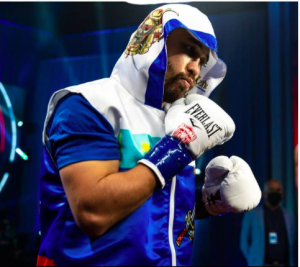 Lipinets doesn’t see himself as a gate keeper, not in the least.

The 32-year-old is best known for winning the vacant IBF junior welterweight title by defeating Akihiro Kondo in November 2017. He would lose the title to Mikey Garcia four months later.

Unbeaten in his last four bouts, Lipinets is riding momentum going into the Ennis fight. As far as the Clayton fight, Lipinets learned to be more assertive, which could play into the hands of Ennis.

“Custio Clayton is a very good fighter, I don’t see a lot of people lined up to face him,” Lipinets told The Ring Thursday afternoon. “After a couple rounds of action though, he was trying to fight an evasive fight. It was a very competitive fight and I still feel like I won.

“The main thing I learned from my last fight is to not depend on the judges. I know that we’re both coming to knock each other out. That’s what makes for an attractive fight. We’re hunting for opportunities to hurt him. We’re both looking to control the action, but we’ll see what happens when the bell rings. I’m focused on what I have to do to put myself in position to execute my punches. I’m looking to capitalize on any mistakes or openings he gives me.”

Ennis does have that explosive power early on in fights to complement his improving skill-set. In those 16 knockouts victories leading up to the van Heerden fight, 12 of them have come within the first three rounds.

Lipinets could be at his best if the fight goes into the second half of the fight, but the California-based athlete believes Ennis is dangerous at any point of the fight, which means fighting a complete fight from start to finish.

“We’re not basing our training on him weakening over the second half of the fight,” said Lipinets, who has victories over Lamont Peterson, Erick Bone, and Leonard Zappavigna. 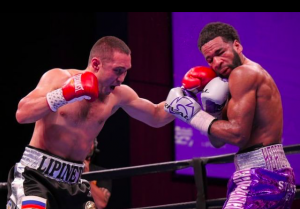 A win over Lamont Peterson stands as a career best for Lipinets….to this point.

“I think the opposition that I’ve faced is definitely better than what Ennis has faced. I went 12 rounds with Mikey Garcia and I faced a two-time champion in Lamont Peterson. Those guys have pushed me to the edge before. Ennis has more pro fights than I do, he just hasn’t been pushed in the same way in his fights.”

Ennis is beyond the prospect stage of his career and could become a legit contender with a win Saturday night. Even Lipinets gives credit to Ennis and his accomplishments in the ring.

“Ennis is young and up-and-coming fighter,” said Lipinets. “From what I’ve seen, Ennis can fight inside or box on the outside. He’s the whole package. Whatever he brings into the ring, I’ll be ready for it. We have multiple game plans and multiple ways that we can get this victory.”

Lipinets believes he is still a legit contender at 147 pounds. A victory over Ennis could put him in title contention against WBC/ IBF titleholder Errol Spence, WBO titleholder Terence Crawford, and/or WBA titleholder Manny Pacquiao.

Despite the odds in favor of Ennis, Lipinets continues to go about his business, intent on notching a victory over Ennis Saturday night.

“I don’t worry about any outside noise or what people say about this fight. It doesn’t matter to me if I’m the underdog. I’m coming in there to do my job and put on the best performance possible. All we want is a shot at the title and everything that comes with it. A win in this fight will give us all of that. I want to get my crack at the big dogs in the division.

“If you follow my career, you know that I never turn down a fight. Ennis is still just another fighter. A lot of people have his skills. I love fighting boxers who are a challenge, and he presents a big challenge. That’s what excites me.”