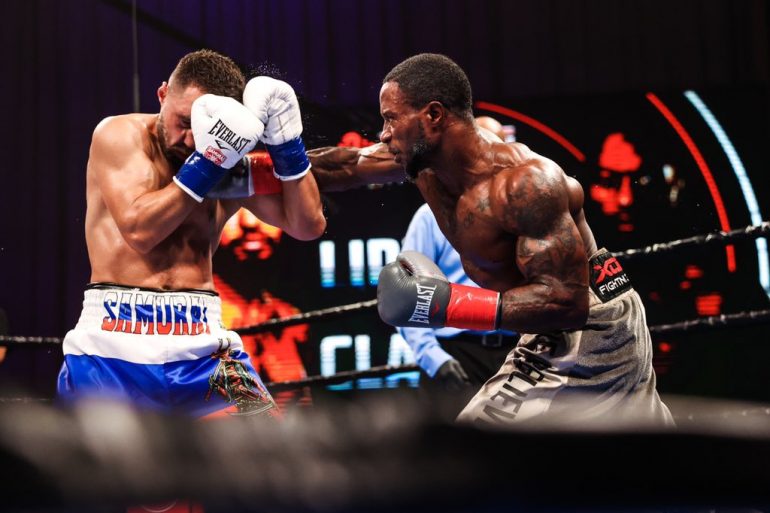 It was a contrast of styles: Sergey Lipinets, the stockier Kazakh plodding forward with body shots, and Custio Clayton, the fleet-footed Canadian darting in and out with counter punches. In the end, the three judges couldn’t find enough space between them to name a winner.

The two settled for a majority draw verdict Saturday in the Showtime Boxing: Special Edition main event from the Mohegan Sun Casino in Uncasville, Conn. One judge had it 115-113 for Clayton (18-0-1, 12 knockouts) over the former IBF junior welterweight titleholder Lipinets (16-1-1, 12 KOs), while the other two had it 114-114 even.

As a result, the interim IBF welterweight title remains vacant, and neither has a clear claim to the mandatory challenger status for unified champion Errol Spence Jr.

Lipinets, 31, controlled the early rounds with pressure, but Clayton, who was fighting for the first time in America as a professional, came alive in the fourth, landing counter right uppercuts off the ropes to the body. Clayton continued to try to counter the aggression of Lipinets with uppercuts, but the Hollywood-based Lipinets continued to press forward and have success with his opponent along the ropes.

Clayton, a 33-year-old from Nova Scotia who represented his country at the 2012 Olympics, was a late replacement for the original opponent Kudratillo Abdukakhorov, who had to withdraw due to visa issues. Clayton couldn’t miss with his right hand, and became more confident with that weapon as the fight continued. Lipinets never stopped pressing forward, but found himself swinging at air at times as Clayton bounced off the ropes and moved out of danger.

The punch stats told the story of their differing attacks: Clayton dominated the jab totals, landing  135 of 462 compared to just 68 of 354 for Lipinets. Lipinets outlanded Clayton to the body 80 to 29, but Clayton landed and threw more total punches, connecting on 247 of 687 compared to 175 of 610 for Lipinets.