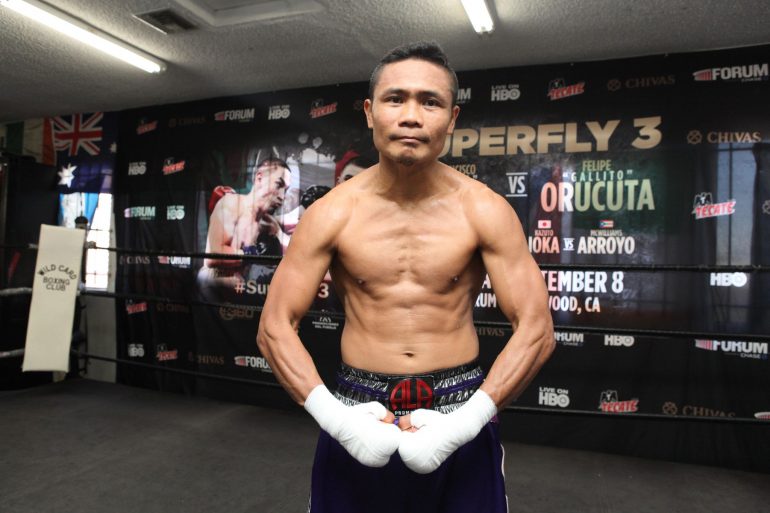 Donnie Nietes’ two-plus year layoff couldn’t have come at a less opportune time. He was coming off a win over his biggest name opponent yet – Kazuto Ioka – on New Year’s Eve 2018, and holding the WBO junior bantamweight title conferred to him great leverage in one of the sport’s hottest divisions. He seemed poised to finally get the big fight opportunity he had long dreamt of. And that’s when things fell apart.

Nietes, then promoted by the now-defunct ALA Boxing, opted to vacate the title rather than make a mandatory defense against fellow Filipino Aston Palicte, who Nietes fought to a draw in the fight before facing Ioka. Nietes hoped freeing himself of the obligation would open the door to facing Srisaket Sor Rungvisai. But without a title belt to lure opponents, the high risk, low reward Nietes found himself on the outside looking in on big fights, and ended up losing his no. 9 ranking on The Ring’s pound for pound list due to inactivity.

Now 38, the former four division titleholder looks for a new start with a new management team, as he faces Pablo Carrillo on Saturday on the Jamel Herring vs. Carl Frampton card at Caesars Palace in Dubai, United Arab Emirates. It will be the first fight for Nietes since signing with MTK Global and their affiliated D4G Promotions.

“I’ll do my best to show a great fight,” said Nietes (42-1-5, 23 knockouts). “If possible [I’ll] knock my opponent out so I can regain my title and face bigger opponents in the future.”

Those bigger opponents, Nietes hopes, include Roman “Chocolatito” Gonzalez, Juan Francisco Estrada and Sor Rungvisai. Nietes says MTK has promised to deliver those fights, which was a deciding factor in signing with them after ALA closed up shop last August.

For the last chapter of his career, Nietes has reunited with his ALA training team of Edito and Edmund Villamor, who opened up their own gym, Villamor Brothers Boxing Gym, in Cebu province, not far from the gym where Nietes used to sweep the floors to pay his dues as a young prospect.

Nietes says ring rust won’t be an issue because he’s been in constant training since the Villamor Brothers’ gym opened doors in November. Edito Villamor says that, of all the possible fights out there, the one that he’d most like to see is Nietes against Gonzalez.

“That’s his dream fight,” said Edito, who won’t accompany Edmund and Donnie to the fight. “It’s a great fight between the two fighters. Donnie is a counter puncher and ‘Choco’ is a more aggressive fighter.”

Nietes says Carrillo (25-7-1, 16 KOs) of Barranquilla, Colombia is a “good fighter” in the mold of past opponents Ioka and Francisco Rodriguez Jr., who blended movement and brawling in their game plans. The 32-year-old is experienced, but has lost each time he stopped up, against Rodriguez, the only fighter to ever stop him, plus Luis Concepcion, Ioka, and against lesser opponents in Colombia.

Carrillo has won two straight, but has been out of the ring for longer than Nietes, having beaten Luis Golindano in August of 2019 last time out.

“I know he fought big names in boxing and he wants to fight,” said Edito Villamor. “I know Donnie can handle him very well.”

Nietes, who turns 39 in May, feels he has two years left in his fighting career, but Edito thinks he has at least three years left, and perhaps up to five, if he takes care of himself the way he normally does between fights.

Still, the clock ticks on the career of one of the Philippines’ most under-appreciated boxing talents.

Ryan Songalia has written for ESPN, Vice, Rappler and The Guardian, and is part of the Craig Newmark Graduate School of Journalism Class of 2020. He can be reached at [email protected]