Tyson Fury and Anthony Joshua sign a two-fight deal, according to ESPN 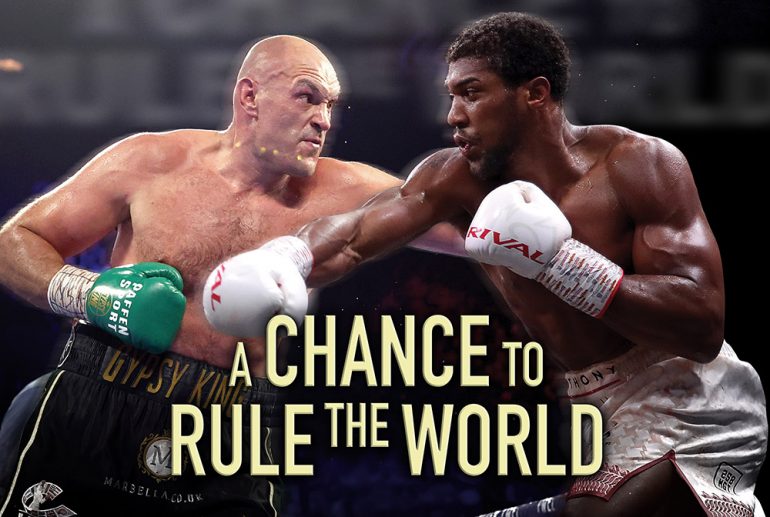 Tyson Fury (L) is aiming at Anthony Joshua (R) for the undisputed heavyweight championship by signing a two-fight deal.
15
Mar
by Joseph Santoliquito

Tyson Fury and Anthony Joshua are determined to determine who is the heavyweight champion of the world, after it was announced on Monday morning by ESPN’s Mark Kriegel that the two premier heavyweights have signed a two-fight deal.

Eddie Hearn, head of Matchroom Boxing, Joshua’s promoter, told Kriegel: “We’d like to get a site deal confirmed in the next month. The hard part is always getting everybody to put pen to paper. But this was a major effort from all parties to get this over the line. You had rival promoters, rival networks and rival fighters.”

“I actually feel we’ve done the hard part,” Hearn told Kriegel. “Speaking for myself, Anthony and his team at 258 management, I know how hard we’ve worked hard these last couple of months and I just feel that this fight is so big it’s not a difficult sell. We’ve already had approaches from eight or nine sites. The offers have come from multiple countries in the Middle East, from Asia, eastern Europe and America.”

According to Kriegel, he feels the first fight will take place in the Middle East, “where Hearn secured a site fee in excess of $40 million to promote Joshua’s 2019 rematch with Andy Ruiz in Saudi Arabia. The need for a huge site fee becomes particularly acute with seating restrictions and businesses still reeling from COVID, as middle eastern countries are seeking less in attendance than favorable publicity.”

Hearn also told Kriegel that “This is the biggest fight in boxing and one of the biggest sporting events in the world,” Hearn said. “It will be a major, major win for a country that wants to showcase itself.”

According to ESPN, “the contract calls for a 50-50 split in the first fight and 60-40 in the rematch, with the winner taking the higher share. The plan is for both fights to take place in 2021 — the first in June or July, the rematch ideally taking place in November or December.”

Fury did not exactly stir the cause when he belched out he had stopped training in January and he was downing “up to 10 pints a day.”

“I’m taking some time away from the game at the moment, because, like I said, I’ve been ready to fight since I beat Deontay Wilder last year,” Fury said. “I’ve had no success in getting another fight. At the moment I’m just concentrating on getting me 10 pints of Stella.”

The last unified heavyweight champion was Lennox Lewis in 1999.

“The mind games will be on another level for this fight.” Hearn told Kriegel. “Tyson is very good at that. Anthony is excited by that…He’s so pumped, so focused, he hasn’t stopped training since the [Kubrat] Pulev fight [in December]. He’s like a caged lion. The buildup is going to be epic.”