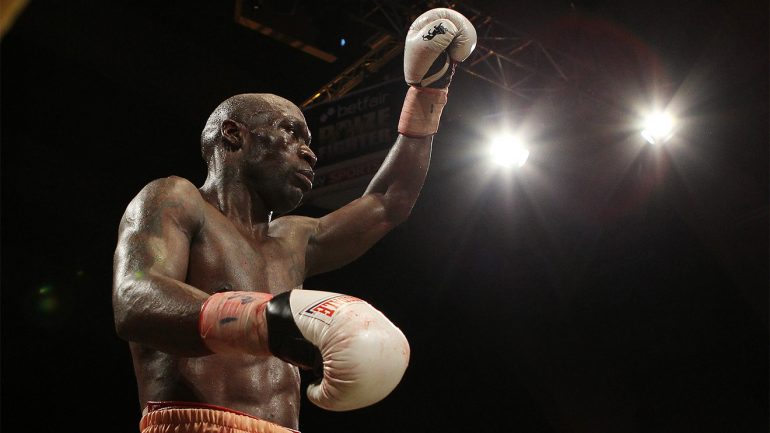 DeMarcus Corley will set his boxing gloves aside for bare knuckle warfare.

The 46-year-old southpaw, who held the WBO junior welterweight title from 2001-2003, will make his Bare Knuckle Fighting Championship debut, on March 19, when he squares off against BKFC veteran Reggie “Eaz-E” Barnett Jr., at the Biloxi Civic Center in Biloxi, Mississippi.

“I haven’t been able to land a boxing fight for the last two years,” Corley said. “Nobody wanted to fight me, so I’ve just been staying in shape.”

After a successful tryout, Corley was tabbed to face Travis “The Animal” Thompson (3-3, 3 knockouts) in his BKFC debut on October 16. However the 37-year-old withdrew from the fight.

“Travis wanted more money and that just wasn’t going to work out,” he explained.

As a result, Corley, who went 51-33-1 (28 KOs) as a professional boxer, was forced to wait another five months. But now he has a new opponent, the 34-year-old Barnett (5-1, 1 KO), who is fresh off a five-round unanimous decision victory over Abdiel Velasquez, last September, in Daytona Beach.

“Fans want to see a fight. They want to see someone toe the line and just attack one another.”

For the last 25 years, Corley, who was dropped twice and outpointed by Floyd Mayweather Jr. in a May 2004 junior welterweight title eliminator, has gone by the nickname “Chop Chop.”

But come March 19, Corley will have a new nickname, albeit an enhanced one.

“I added ‘Two Rounds’ to my name Chop Chop,” he laughed. “That’s my plan with everybody I fight [in the BKFC]. I plan on going two rounds. That’s it.”

But what if his opponents have other plans? Corley added that with the bare knuckle environment, boxing skills are out the window.

“I’m not coming here to run around. At the end of the day, I come to fight,” he continued. “The crowd wants to see a fight and that is what I’m going to give them.”

Corley expects to fight at least three to four times in 2021 under the BKFC banner if all goes to plan.