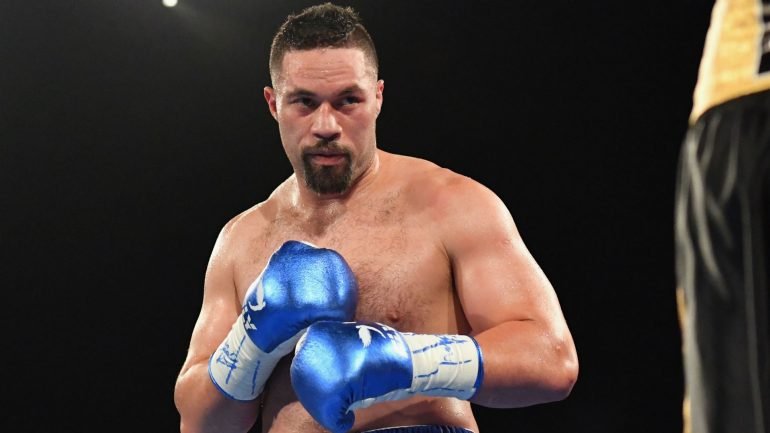 New Zealand’s Joseph Parker secured local bragging rights by posting a hard-fought 12-round unanimous decision over countryman and former amateur foe Junior Fa at the Spark Arena in Auckland on Saturday. The official scores were 119-109, 117-111 and 115-113.

Parker, who is rated No. 7 by The Ring at heavyweight, broke the 2-2 tie in the unpaid ranks, but he will not be happy with his latest showing. Despite a raucous atmosphere, generated by approximately 10,000 fans, the styles clashed – badly – and clean effective punching was scarce.

“Junior Fa and his team did a great job and it was a lot closer than we expected,” said Parker during his post-fight interview with the New Zealand pay-per-view broadcaster. “He’s got a great team behind him. There was a lot of ring rust between two fighters that haven’t fought in a year.”

Following an untidy opener, during which he was nailed by a sharp left hand, Parker found his groove in the second. Fa is a great mover for a man of his size, but there was a predictability about his work, whereas Parker had more imagination with his offense. His second phase of attack, switching back and forth from body to head, kept Fa guessing and limited his aggression in the early stages.

Fa had a great start to Round 6, however, nailing Parker with a sharp right and a quick combination. There was still too much emphasis on holding and frustrating his man, but he landed the sharper blows in this session and Parker’s accuracy and work rate dipped.

By way of response, Parker attempted to go through the gears in the seventh. There was more urgency, but he struggled to land cleanly against Fa, who was again satisfied to nullify and spoil. Parker was busy, however, and that was enough to bank some rounds. A looping overhand right and a sharp left hook landed cleanly, too.

In the ninth, a cut opened up near Fa’s left eye, courtesy of an unintentional elbow, and that injury was made worse at the end of the session when Parker landed a looping overhand right.

The action was competitive, albeit hard to watch, down the stretch, but Fa closed well with some sharp single shots in the championship rounds.

The Ring spoke to Parker recently and the ex-titleholder mentioned British slugger Derek Chisora and the winner of the proposed clash between Aleksandr Usyk and Joe Joyce as potential targets for 2021.