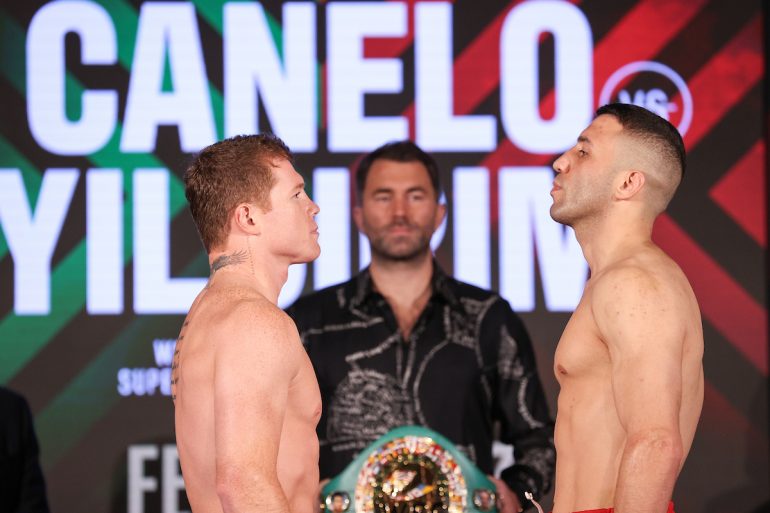 Saul “Canelo” Alvarez, Avni Yildirm, and all of the undercard fighters made their contracted weights this afternoon in Miami, Florida. There was no trash talk, no pushing or shoving, and no surprises.

Canelo, the unified RING/WBC/WBA super middleweight champion, and the WBC mandatory challenger Yildirim, both weighed in just under the division limit at 167.6 pounds.

“We’re ready for this fight,” said Alvarez (54-1-2, 36 knockouts). “I always want to be perfect and do things right inside the ring and this fight is no exception. I’m happy to bring boxing to a new city (Miami), hopefully it’s the first of many fights here.”

Normally, Canelo weigh-ins are a lively, loud affair overflowing with fans waving Mexican flags, but today’s event was closed to the public due to Covid-19 restrictions. It made for a relatively mild, albeit punctual and professional occasion.

The only surprise came yesterday, when it was announced that WBC flyweight titleholder Julio Cesar Martinez (17-1, 13 knockouts, 1 no contest) injured his right hand and was forced to withdraw from his title defense against battle-tested McWilliams Arroyo.