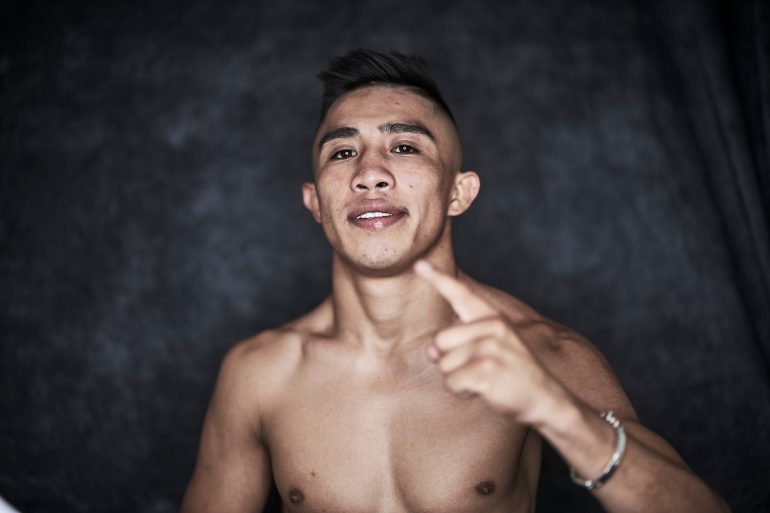 Reigning WBC flyweight titleholder Julio Cesar Martinez has withdrawn from his third world title defense against McWilliams Arroyo due to a hand injury.

Martinez, who is rated No. 2 by The Ring at 112 pounds, was scheduled to take on the former world title challenger on the Canelo Alvarez-Avni Yildirim card in Miami on Saturday.

The Mexican power puncher attended the final press conference on Thursday and gave no indication that there was a problem.

“I’m ready,” Martinez said. “I was sad about the pandemic and having to cancel a couple of fights. I’m ready to fight whoever, whenever and I’m going in there with everything but fear.

“I’m wishing him luck. He’s Mexican. He’s a Mexican fighter. We want to face the best. We want to unify the title and after the result of this fight, continue gathering more titles. And then possibly move up to [junior bantamweight].”

However, shortly after the press conference concluded, a member of Martinez’s team informed promoter Eddie Hearn that he would not be fighting.

“The truth is I am very sad, very disappointed by this, for what has happened to all my people who have always supported me and have always been with me,” Martinez said via Instagram. “This does not stop the fight [from taking place] and I am going to go back to look for that knockout. I apologize to everyone.”