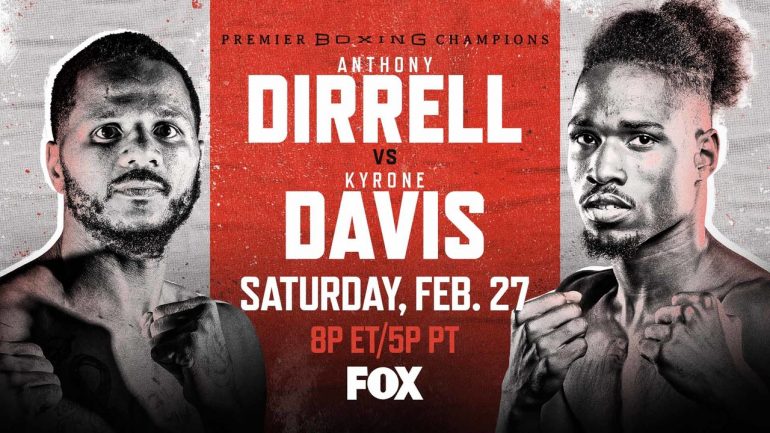 Kyrone Davis does not want to be a role model. Instead, he wants to inspire and prove to the next generation in his hometown of Wilmington, Delaware, that hard work and perseverance can pay off.

Davis also wants to put those words into action, considering he could be one win away from a world title opportunity.

Recently the WBC announced the clash between Dirrell and Davis is a world title eliminator.

Davis (15-2, 6 knockouts) most recently fought on January 18 of last year, stopping Antonio Todd in Round 4. He has won his last two bouts since losing by unanimous decision to the late Patrick Day in March of 2018.

Saturday will mark the first time in Davis’ career that he will headline a significant fight card. With so much on the line, Davis is looking at his matchup against Dirrell as just another fight.

“I know this is a world title eliminator and the biggest fight of my career but I’m treating this fight the same as my previous ones,” Davis told The Ring, Wednesday night, via phone. “It’s no different. What’s more important is how I perform in the ring.”

On paper, Dirrell will be a significant step up in opposition for Davis. Dirrell (33-2-1, 24 KOs), who resides in Flint, Michigan, has not fought since losing by knockout to David Benavidez, in September 2019. In his previous fight, seven months earlier, Dirrell won the vacant WBC super middleweight title by defeating Avni Yildirim by technical decision.

The 36-year-old will have a height and reach advantage over Davis, coupled with having faced the better opposition, including Badou Jack, Caleb Truax, Marco Antonio Rubio and Sakio Bika. 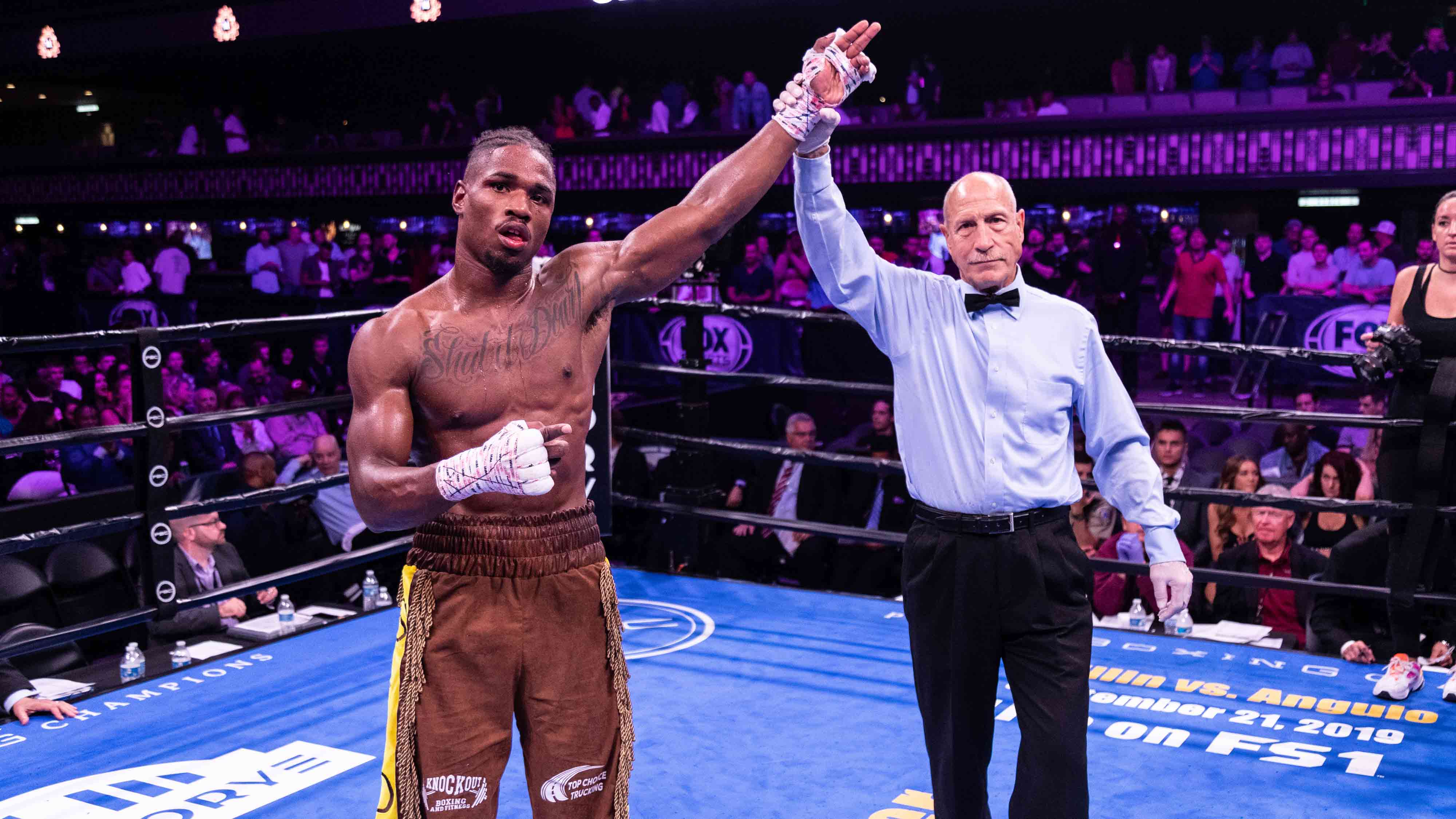 Davis concedes that Dirrell is still a dangerous fighter but believes he has the intangibles to defeat him.

“I’m not focusing on Dirrell being rusty or having been out of the ring for a long time,” said Davis, who made his pro debut seven years ago this month. “I’m facing the best Anthony Dirrell. Ability-wise, I believe I can take advantage of what Anthony brings to the table.

“I think I’m a more accomplished fighter than he is. I believe in myself. I’ve sparred or been in camp with some of the best fighters in boxing, including Gennadiy Golovkin, Erislandy Lara and Daniel Jacobs. The work I’ve done with them has helped me. At this point in my career, after the ups and downs earlier in my career, that work and sparring have made me a totally different fighter.”

Davis suffered the first loss of his career at the hands of Junior Castillo in April 2016. Along with the loss to Day, Davis believes he wasn’t quite 100 percent for these fights. Then again, he was also much younger and wasn’t fighting to his potential.

“Those two losses didn’t feel like losses,” said Davis. “A few weeks going into the [Castillo] fight, I lost weight too quickly. I came in too light. I didn’t have the discipline back then the way I do now. I’m more mature now. I’m approaching fights differently than I did years ago. I’m an athlete all year-round.”

Davis currently lives and trains in Wilmington, where the city has seen crime rise over the last several years. He hopes a victory would bring about a positive light to his hometown.

Davis wants to inspire the next generation to look for success, including within boxing. As much as Davis would love the opportunity to become a major titleholder, he hopes a victory on Saturday night will bring about a positive change in Wilmington.

“The city of Wilmington has its high urban problems,” said Davis. “Per capita, there is a high-crime rate, especially with diamonds in the rough like me. I really want to bring light to my city. I’m not a role model and I’m not perfect but I hope to inspire the youth and next generation. I want to inspire and show hard work can be done and you can be somebody in life.

“I’m a better fighter than what people may think. I’m getting experience from life and I understand life better. I want this win Saturday because it will mean everything to me. It’ll mean me finally getting over the hump. A win will make me a crossover star and force people to sprinkle respect on my name.”