Didn’t see that one coming…or maybe you kind of did, if you had been watching how LA mogul Ryan Kavanaugh and Triller have been getting deeper into the fight game after getting a sweet taste from their Nov. 28, 2020 PPV foray, with the Mike Tyson-Roy Jones Jr. card. 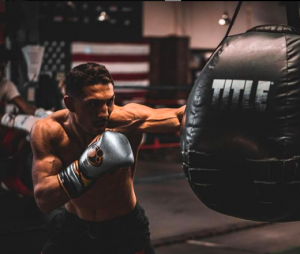 Triller, the entertainment platform which is a rival to TikTok, bid $6.018M. That beat the bid put in by Eddie Hearn and Matchroom, which was $3.56.M.

Bob Arum and Top Rank bid $2.315M. After the bidding ended, Arum was asked for thoughts on the Triller win. “Insane price,” he told me.

David McWater, manager to Lopez, has been back and forth hammer and tong with Top Rank. Both sides worked to establish market values during this ultra-weird time period, when the pandemic erased a revenue source that promoters enjoyed for meaningful fights involving fighters that draw, the live gate. “With all apologies to Patrick Swayze, nobody puts Teofimo in a corner,” said McWater, the manager of the year in 2020 according to the BWAA.

Ryan Kavanaugh who transitioned from Hollywood honcho into the world of social media with Triller, and is still firming up a Jake Paul v Ben Askren YouTuber versus MMA topped card, spoke to RING.

“Our goal is to pair the most anticipated fights with epic immersive events with something for everyone,” Kavanaugh said.

“Having an iconic fight like this as the lynchpin of a Triller Fight Club event is a major step in our growth.”

Kambosos’ promoter, Lou DiBella of New York, told RING that he was jazzed for his fighter. “First off, I’m thrilled for George Kambosos, he’s spent four years doing this the hard way, fighting on undercards, for low purses, and he’s earned the mandatory position the hard way,” DiBella said. “And I have to congratulate Ryan Kavanaugh and Triller, I watched what they did on Tyson-Jones and I though the entertainment value was great, they really got it.” 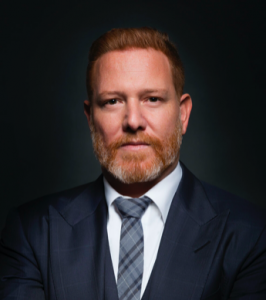 Top Rank would still be involved in the fight, from the perspective of receiving a spiff from Lopez from his purse. Lopez would enjoy a 65-35% split from the Triller pot.

Triller, an AI-driven music and social media platform, has been growing market share attracting creators, artists, and brands, sent out a release hyping their victory:

LOS ANGELES, February 25, 2021– Triller Fight Club took another massive step forward in their growing sports and entertainment business when they were today awarded one of the year’s most important and anticipated fight between Teófimo López and George Kambosos Jr. by the International Boxing Federation (IBF). It is the latest major step in how the disruptive property is reimagining the sport of boxing for a new, engaged generation. The Fight Club is a partnership between Triller and Snoop Dogg and is spearheaded by Ryan Kavanaugh.

The date and venue will be announced in the coming weeks.

“Triller Fight Club is a new entertainment platform which pairs four quadrant entertainment with boxing that even the most staunch purest will love,” Kavanaugh said. “This fight will certainly go down as iconic and TFC will make sure it is presented with entertainment for every audience, from the diehard to the casual fan. These two undefeated stars transcend their sport not just in the U.S. but around the world, and we are working to reshape the vision of excitement and storytelling in a sport we love.”

López, 23, is the current unified lightweight world champion, having held the IBF title since 2019 and the WBA (Super), WBO and Ring magazine titles since defeating VasylLomachenko in 2020. López is ranked as the world’s fifth best active boxer, pound for pound, by ESPN, Boxing Writers Association of America, sixth by The Ring. He is also ranked as the world’s best active lightweight by BoxRec, ESPNand the TBRB.

This is the latest addition to a growing presence for Triller Fight Club. TFCs April card will be Triller Fight Club’s first in a series of 2021 special events, following the debut record setting Tyson vs. Jones PPV fight in 2020, which shattered all digital fight PPV records and became the 8th most successful Fight PPV in history. This event will feature three major undercards and spotlight several prominent musical acts and commentators. The card be subject to all professional boxing rules, with 8 rounds, 10-ounce gloves and will be an official pro fight. The venue for the April Fight Club card, as well as all details on Pay-Per-View distribution, will be announced shortly.

In addition to being a co-owner, Snoop also provides strategic counsel to The Fight Club, helping to select fighters and musical acts for the show-stopping events. An entertainment expert who has successfully maneuvered through a range of projects in a variety of different fields, Snoop secured his spot as a fan favorite during Triller’s first sporting event, Tyson vs. Jones.