Triller back with boxing–but will Tyson be back with Triller? 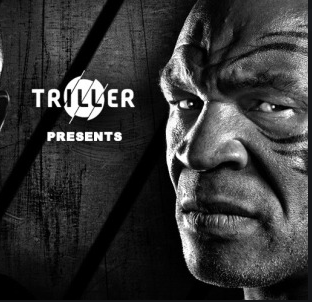 Mike Tyson’s comeback in the ring went better than a great deal of people thought it would, from a performance perspective, and also regarding the amount of interest it generated.

Most people seemed to feel like they got their money’s worth from Triller when they ponied up their $50 to watch the 54 year old former “Kid Dynamite” prove that he could still get structured and stay focused enough to get into killer shape. 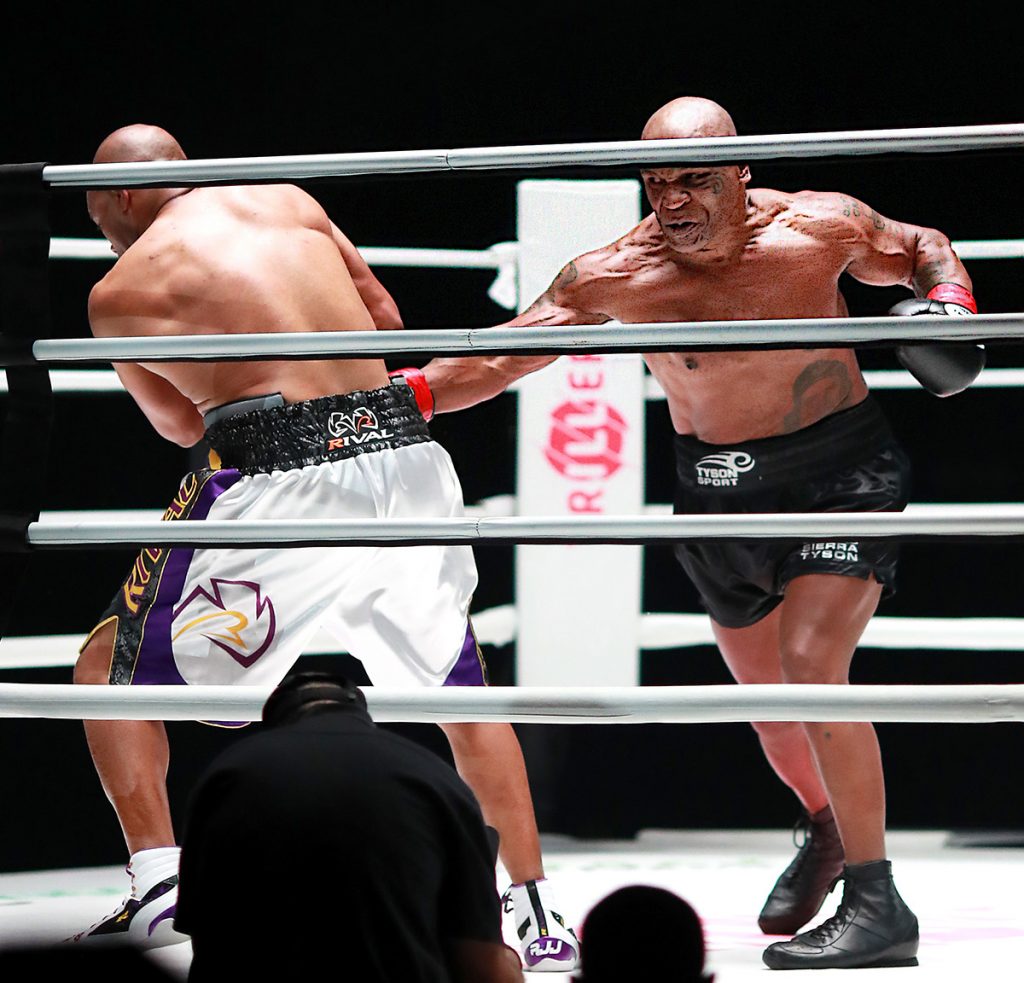 Tyson on Nov. 28 went eight rounds—Ok, they were two minutes apiece—- against Roy Jones Jr, another in the fistic senior set. Jones, who turned 52 January 16, as dance partner did the job; between the two of them more curiosity got generated for their exhibition than most all the “regular” pugilistic faceoffs put together on that monumentally shitty year we all happily left behind.

Tyson at Staples Center showed off his ample stamina, and that charisma that continues to draw eyeballs and ears peeled, for that tussle, and his podcast, and pretty much anything he embraces.

He did so on a platform that was not at all well known as compared the the former Baddest Man on the Planet, called “Triller.”

Triller came out in 2015, and made a nice splash with the Tyson event. They have a Super Bowl ad set to run, so maybe that’s their next huge buzz play.

A rival to the behemoth time-suck monster Tik Tok, Triller from what we could discern was pleased with their decision to tap Tyson, the toad licking weed huffing professor of pugilosophy, as a buzz magnet.

But maybe the relationship between Tyson and Triller hit some hurdles that were not apparent to we gawkers and chroniclers—-because we are hearing on the grapevine that maybe Tyson and Triller are not as together as they were last year.

So, we wondered…if and when Tyson gets on the saddle for another modified ride, against foe/foil to be named—maybe Evander Holyfield?—perhaps another platform/backer would be in his corner.

Would Triller or another platform do as well in a second Tyson exhibition as the first? That promotion did maybe 1.6 million PPV buys and brought in approx $80M in revenue, but the novelty of it all lit up much allure and the novelty factor is now diminished to a degree.

Triller is pushing a Jake Paul v MMAer Ben Askren fight for April 17…and Tyson is pushing out his merch on MikeTyson.com, not that Legends Only League (LOL) platform he’d been saying would be part of a buildup up to something more like a typical promotional entity. LOL last put out an IG post on Jan. 1, for what it’s worth. 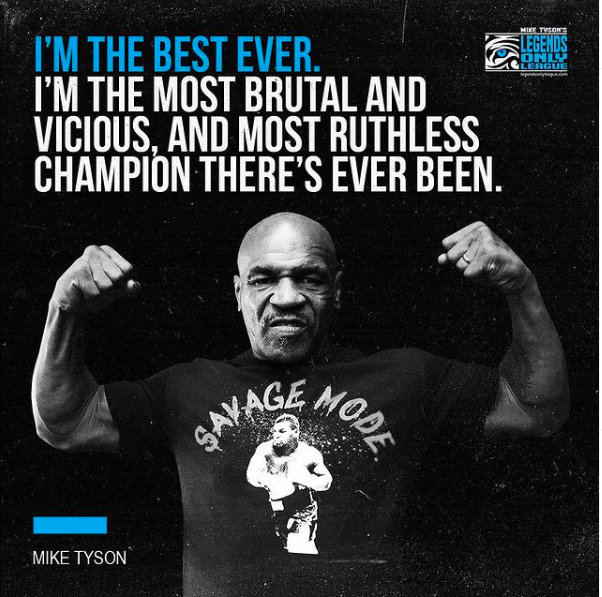 Will Triller moving forward be all about the Tyson Legends Only League, or will they decide to build around the power puncher Paul, who slept Nate Robinson underneath Tyson-Jones?

A release banging the drums for the bout between the young Paul bro and the ex Bellator standout Askren didn’t mention Tyson barely at all.

From the release: Paul vs Askren will be “the next official match of Triller’s Fight Club following the record setting Tyson vs. Jones PPV event, which shattered all digital fight PPV records and became the 8th most successful Fight PPV in history. The event will feature three major undercards and spotlight several prominent musical acts and commentators. The Fight Club is a partnership between Triller and Snoop Dogg and is spearheaded by Ryan Kavanaugh.”

And is Tyson part of the partnership, I wonder.

I have to figure Kavanaugh knows how to craft a contract that has no loopholes—so maybe Triller could and would be involved with Mike’s next fight if they want…but aren’t beholden to building around Tyson with their Fight Club.

In other words, they could hold on to right of refusal if Tyson is wanting to do another exhibition…but if his ask has jumped, because the first exhibition did so well, and they don’t want to stay attached, then maybe Triller says hey, good luck, we will pass on this one.

My Three Cents: I can see the validity in theoretically building around a Jake Paul, over a Mike Tyson, believe it or not. Check out Jake’s trash talk, contained in the release: “Ben Askren is a two-time NCAA champion, a world champion in two different global mixed martial arts organizations and has less losses on his record than Connor McGregor. Me on the other hand, I started boxing two years ago….and I’m still going to knock his ass out faster than Masvidal. These MMA guys think because they throw punches they know how to box. The world complained because I knocked out a basketball player and not a real fighter. So now I’m giving the people what they want by taking on a “real fighter.” After Ben Askren is added to my knockout meme collection, what can anybody say? Thank you to Triller for giving me the platform to once again put a man to sleep. April 17th, it’s lights out for Askren.”

Not to demean Tyson as a buzz builder even one tiny bit. But Jake knows the buttons to push to get attention in the way a twenty something who grew up in the social media milieu can. Plus he seems to legit be about dropping and stopping foes, propelled by the vigor of youth, like Tyson was in 1985.

Michael Woods is a Park Slope, Brooklyn, NY resident. After a time at NY Newsday, Woods worked at ESPN The Magazine. He is the publisher of NYFights.com, does a boxing podcast for Everlast, and will call fights ringside for Facebook Fightnight Live when the pandemic lifts. You can follow Woods on Twitter if you like