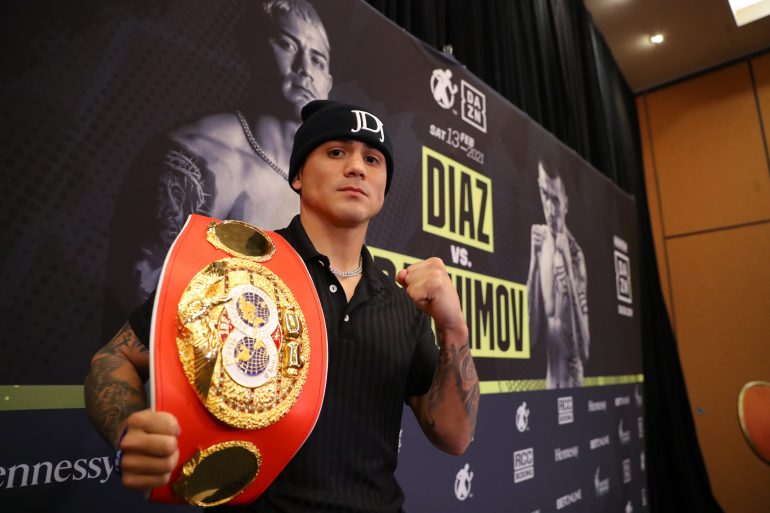 Joseph Diaz Jr. didn’t make it to the ring with his world championship for his first title defense.

Diaz (31-1, 15 knockouts), of Downey, California, tipped the scales at 133.6 pounds, approximately 3½ above the junior lightweight limit for his fight against undefeated Shavkatdzhon Rakhimov, and was promptly stripped of the belt.

Because Diaz was more than two pounds overweight, he was not permitted to cut weight per California State Athletic Commission rules.

Farmer had an immediate rematch clause in his contract, but the deadline for the second fight expired, which allowed Diaz to fight Rakhimov, who earned his status as a mandatory challenger by knocking out Azinga Fuzile in an IBF title eliminator in September 2019 in South Africa.

The 26-year-old Rakhimov, who hails from Tajikistan, has not fought since that bout.

In the chief support bout, Patrick Teixeira and Brian Castano both made weight for their junior middleweight title fight.

The WBO titlist Teixeira came in at 153.4 pounds, while Castano weighed 153.8 pounds.

Brazil’s Teixeira (31-1, 22 KOs) will defend his title for the first time since winning an upset unanimous decision victory over Carlos Adames (18-1, 14 KOs) in November 2019 in Las Vegas.