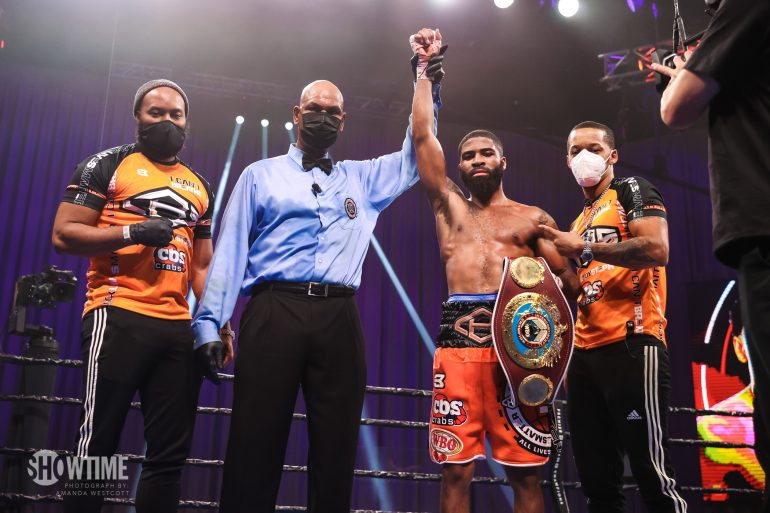 Stephen Fulton helped to shake up the 122-pound division with a career-best performance against fellow unbeaten Ring-rated up-and-comer Angelo Leo on Saturday. The anticipated WBO title bout was viewed as a 50-50 matchup going into the Showtime-televised main event at the Mohegan Sun Casino in Uncasville, Connecticut, and it was indeed hotly contested for the first half of the fight as Leo, The Ring’s No. 6-rated junior featherweight, pitted his vaunted pressure and volume-punching upon Fulton, our No. 10 contender.

However, Fulton was just as comfortable battling it out in the trenches with Leo as he was dictating the fight from a distance with his sharp stick-and-move game. Fulton, who more than matched his rival’s workrate but with more accuracy, took over the second half of the bout, although Leo remained game until the final bell. The relentless defending titleholder was soundly defeated (official scores of 119-109, 119-109, 118-110) by the 26-year-old Philadelphian, who not only seized the WBO belt but took a huge step in The Ring’s rankings and the court of public opinion (i.e., Boxing Twitter).

The Ring Ratings Panel discussed advancing Fulton from No. 10 to anywhere from No. 3 to No. 6, but the majority pushed for him to land in the No. 3 spot, behind only Murodjon Akhmadaliev and Daniel Roman.

Fulton’s advancement came with a revamped junior featherweight top-10 order that included the exit of The Ring’s previous No. 1-rated junior featherweight, Rey Vargas, and the No. 8 contender, Tomoki Kameda, last seen dropping a unanimous decision to Vargas in July 2019. (Vargas vacated his WBC 122-pound title last year and was recently named the mandatory challenger for Gary Russell Jr.’s WBC featherweight belt by the sanctioning organization.)

“We need a thorough reevaluation of our rankings at 122,” said panelist Adam Abramowtiz. “First of all, I see no point keeping Vargas ranked in a division when he already gave up his belt and announced his move to 126.

“Stephen Fulton has now beaten eight undefeated fighters and had an excellent win against a rated champion in Leo, who was very good in defeat. Among his other wins earlier in his career that you may not recall were over undefeated Josh Greer and undefeated Adam Lopez. He is a better fighter than (No. 4-rated Ryosuke) Iwasa and has a better resume. He belongs ahead of him.

“Raeese Aleem was masterful last night against an excellent fighter in Vic Pasillas. Not only should he be in our top ten, he may be one of the most intriguing fighters in the whole division.

“Tomoki Kameda hasn’t won a fight in the division since 2018 and should be dropped. He’s also been out for well more than a year and has nothing scheduled, so it is within our right to drop him. I think either Castro or Ronny Rios would be good candidates for the 10th spot.”

I agreed with Adam’s “reevaluation” of our 122-pound rankings, as did Associate Editor Tom Gray and panelist Michael Montero, although I’d have gone with veteran Ronny Rios in the No. 10 spot instead of Castro. However, the Panel can revisit Rios after his bout with Oscar Negrete next month.

Panelists Martin Mulcahey, Diego Morilla and Daisuke Sugiura didn’t have a problem with Fulton’s No. 3 ranking but weren’t as gung-ho as the others, plus had comments on the rest of the reshuffle. 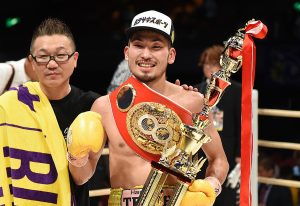 “I still kinda feel like Fulton has met and conquered one style (the bangers) but Leo and Khegai not masters of distance or footwork,” said Mulcahey. “I like Iwasa a bit more at this moment, but also struggle with his losses so can see Fulton above him. Tough call, either way no argument.

“I would put Aleem at No. 10, he’s still not bested a top-10 guy or former champion but I see his positives for sure and coming down from a higher weight as well he showed great physicality. Final nitpick, Teshigawara over Leo given he is on a great run of form and even when Teshigawara loses it is by a closer margin than Leo’s (loss to Fulton).”

“Iwasa has two quality wins over Marlon Tapales and Cesar Juares in 2019. His KO win over a tough former 115-pound titleholder in Tapales was impressive (KO has a little extra value, right?), so it’s a tough call but I support Fulton over Iwasa. Fulton proved a little more than Iwasa did in their last two fights, and eye test says he’s a better fighter. I’ve heard Akhmadaliev vs. Iwasa is a pretty much done deal in March. We will know a lot about Iwasa (and Akhmadaliev) from the fight and can reevaluate.

“I agree with Adam’s reshuffling, but I would place Aleem further down, perhaps at No. 10.” 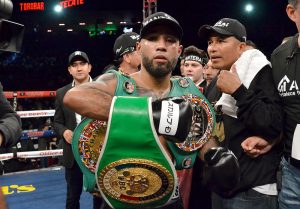 Panelist Anson Wainwright lobbied to have Luis Nery (31-0, 26 KOs), the former bantamweight champ who won the vacant WBC 112-pound title with a decision over unrated Aaron Alameda last September, enter the junior featherweight rankings but his suggestion was rebuffed by Gray and other panelists.

“If we bring someone in at 122, surely it has to be Luis Nery,” said Wainwright. “I know his resume is thin at 122 but he’s a terrific fighter.”

“Nery hasn’t done anything at the weight. The kid he beat should never have been fighting for a world title, and the WBC belt Nery picked up is about as significant as the brand of gloves he was wearing.

“We didn’t rate Gervonta Davis at 135 because he did nothing at that weight. We need to stay consistent.” 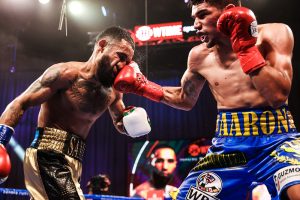 “But Nery looked poor in his last fight and has only really beaten Alameda at 122. Pasillias is better than Alameda and Aleem looked great in beating him. Nery may get Figueroa next, which will be a great opportunity for him to crack our rankings, just not yet.”

“People actually know who Chavez Jr. and Rosado are. They have competed at a high level. Alameda had contested one 10-rounder in his life and was winning eight-round split decisions over nobodies. It’s embarrassing that he was given a title shot.

“If Gervonta hadn’t won a significant fight at 130 (Santa Cruz), then he would still be unranked across the board. That’s more on him. He said he was moving up, we took him out at 130 as a result, then he looked like dog s__t against Gamboa at 135. He didn’t belong at 135 on that performance and Nery doesn’t belong at 122 for the exact same reason.

“Nery’s abilities at 118 are not considered when it comes to 122. Governing bodies work that way, but we don’t.”

It was suggested that Robert Easter Jr., who hasn’t won a lightweight bout since scoring a split decision over Javier Fortuna in January 2018 and fought his last bout at junior welterweight (where his next fight is scheduled to take place), be dropped from the 135-pound rankings. 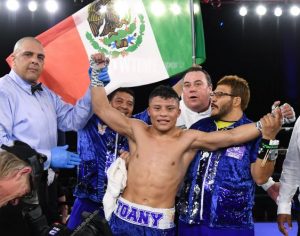 I agreed and proposed that Isaac Cruz (20-1-1, 15 KOs), who lived up to his “Pitbull” moniker with his brutal opening-round stoppage of Diego Magdaleno in October, replace Easter in the rankings by debuting in the No. 10 spot. I brought up other lightweight fringe contenders, such as Michel Rivera, Denys Berinchyk and Hector Tanajara, for debate among the Panel. Gray and Montero seconded Cruz. Abramowitz was fine with either Cruz or Tanajara. Mulcahey favored Berinchyk (followed by Tanajara).

Junior featherweight – Stephen Fulton advances to No. 3. Angelo Leo remains at No. 6. Raeese Aleem enters at No. 8. Carlos Castro enters at No. 10. Rey Vargas and Tomoki Kameda exit the rankings.