Checking in with Joe Joyce, two months after massive triumph over Daniel Dubois 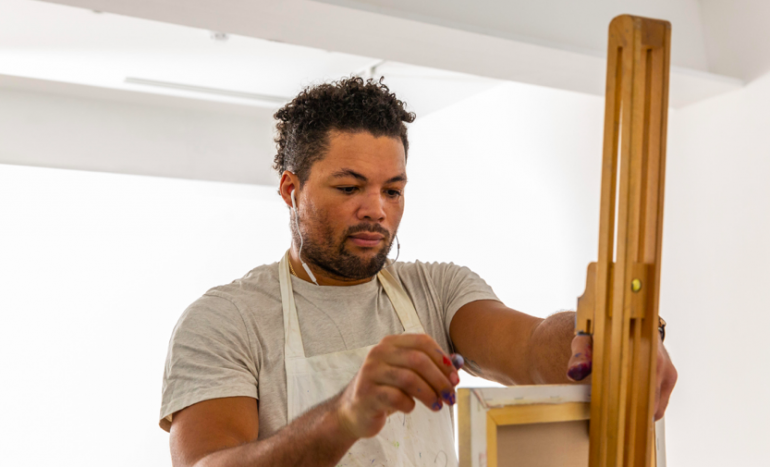 After scoring the biggest win of his career against Daniel Dubois in November, Joe Joyce is ready for a big 2021. With high heavyweight rankings across the board he’s only looking upwards and having sparred with the two kings of the division, Anthony Joshua and Tyson Fury, he wants to get in the mix by beating Oleksandr Usyk, an old rival from the amateurs.

TD: Your victory over Dubois got the UK talking?

JJ: It did. There was a long build-up and it was unfortunate that coronavirus happened and we had to put it on hold but the fight, after the fourth rescheduling, was made and I emerged the victor. He was definitely the guy people thought was going to win the fight and I proved them wrong. 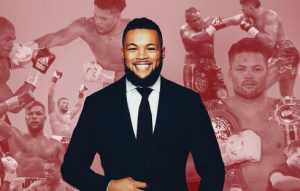 TD: Your win was a surprise to many but not to you or your team, do you see why some people thought he was the favourite?

JJ: On paper if you looked at it you could argue I was the favourite, but where he was built so well with Frank Warren and BT he had made a name for himself looking spectacular knocking guys out, knocking bums out, and he’s got devastating power, he’s young and people got behind him, including the bookies.

TD: Having felt that power, would you still say it’s devastating?

JJ: Well, I didn’t stay rooted or still enough for him to hit me cleanly. But in preparation for the Olympics he did clip me with one and I did wobble and I was like, ‘Okay, okay Daniel.’ We carried on sparring but I felt his power back then, so I knew he was a powerful guy and he’s big, with a huge physique.

TD: Do you feel you got the credit for winning that fight when the larger narrative was that he withdrew because of his damaged eye?

JJ: Yeah. I think he did the smart thing really, taking the knee. Because what’s the point because he would have lost the fight anyway and he could have suffered irreversible eye damage and that could have been the end of his career? I think he’s back training now and I’ll look forward to his comeback fight and seeing how he gets on there but he’s got plenty of time being only 23, so it’s not worth throwing away your career – but then it does leave question marks. If he’s quit then is he going to quit in another fight? And also his mentality getting in the ring, the psychology and if he can handle the nerves… He hasn’t had the wealth of experience I did going to all these different tournaments.

TD: How would you bring him back?

JJ: I’d bring him back with a couple of easy wins to ease him back in, he’s got time so he can gradually keep building up the levels and gain in confidence, fighting different styles.

TD: Did you feel sorry for him?

JJ: A little bit, yeah. I’d be gutted if I ended his career so young.

TD: Have you reached out to him?

JJ: I haven’t, no. But [manager] Sam [Jones] has reached out to him and I’ve seen how he’s getting on and he seems to be on the mend.

TD: In the aftermath, you called out Usyk, have you heard what might happen next?

JJ: The date has been pencilled in in April. That’s what we’re looking at and there’s been back and forths with my team, Frank Warren and his team to get the deal done and we are waiting on the details to be finalised and hopefully that fight can be made.

TD: Is that the one that you want, that’s at the top of your list?

JJ: Yes, definitely, and I think the WBO want the fight, too. They want their belt to be included with AJ-Fury first, so perhaps we will fight for the interim title so when it becomes available the winner will get that shot.

TD: You’ve seen a lot of the politics in the sport, how convinced are you that we get this Fury-Joshua fight?

JJ: I’m pretty convinced, yeah. I’d hope this year. It’s been a long time since all the belts have been on the line for the heavyweights. Everyone wants to see it and there’s not been a fight like this for a long time, to see who is the number one heavyweight on the planet is.

TD: You’ve sparred both guys, do you have it set in your mind who you think will win? 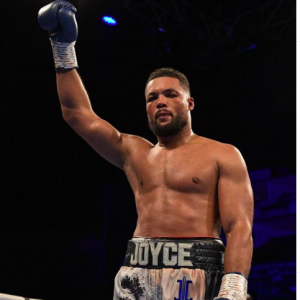 Joyce isn’t in the RING top ten–but a win over Usyk would surely get him there.

JJ: Not really. Anything can happen in heavyweight boxing, it only takes one punch and I think it’s a 50/50 fight. But from their last fights I think Fury has impressed me a little bit more. Joshua had that devastating loss to Ruiz, he’s picked himself up and beat him keeping it safe with the jab and then similarly with the Pulev fight he was very measured, like [using] the classic boxing style and he’s being more cautious; more on the back foot, but then he has devastating power in both hands, he’s very quick, he can put them together and he has massive uppercuts as well. Fury has taken that shot from Wilder and got up when he wasn’t 100 percent fit. And he’s dealt with his demons and I think he’s in a good place and he’s stayed training so physically he’s a lot fitter and he’s got that head movement, footwork and boxing brain to come with some combinations and not get hit.

TD: Do you think we’re seeing a different Joshua to what we saw before Ruiz, like Wladimir Klitschko after some of his losses he adapted and changed his style, became more cautious and more of a boxer?

JJ: I think so, and where he stepped in and could have given it to Pulev and taken him out earlier, he was a bit more cautious and the fight went on longer than it could have done. Similarly, Tyson has changed a little bit from the first fight with Wilder to the second fight. In the first fight he was avoiding the punches and I thought he outboxed him and I believe he won the fight, but with that last knockdown in the States… It was a draw. In the second fight he absolutely took him apart and just bashed him up.

TD: How much sparring have you done with Joshua and Fury?

JJ: I did countless rounds with Joshua in GB because I was there four or five years so I’ve done loads with him, but then that was me as an amateur. I’ve also learned a lot since then, and so has he. Fury I sparred in the Fury gym in Bolton and Tyson was just after his drugs and psychological issues and he was massively overweight, that was the first time I sparred him and the second time was in Big Bear when he was getting ready for the first Wilder fight and we had some great sparring there.

TD: You not only overcame the bookmakers last time, but you also had a corner team you weren’t expecting to have [Ismael Salas caught Covid during fight week], what are your plans moving forwards?

JJ: I’m training after this interview, I’ve got a strength session with Cameron Gough and then a boxing session with Steve Broughton (who worked his corner for the Dubois fight), in Stallard’s and most of my work I’m going to be doing with Steve. But like the other camp we got Ismael over for three weeks to set the gameplan and he came back for the fight but unfortunately got Covid and wasn’t able to go in my corner. But the work had been done. We are a strong team and we already knew what to do. Salas has got his gym in Vegas and he has a load of fighters there and they all had fights so ideally I would like to go to Vegas and train there and possibly use the UFC facilities again. But with these [pandemic] times I’m going to keep training with Steve, who’s a great coach, and prepare and perhaps Salas can come here to make the gameplan or maybe he’ll be able to come for the fight, we’ll see how things go.

TD: We’ve talked about some of the best of this era, who are your favourite heavyweights of all time?

JJ: Muhammad Ali, Teofilo Stevenson and Joe Louis. Ali, against Sonny Liston was up there with some of his best performances. “If you want to lose your money then bet on Sonny.” He was great at talking, which I’m slightly lacking at, but it’s also about the movement, inspiring people and transcending boxing. He was a great boxer and had amazing fights, like the ones against Joe Frazier and George Foreman. Stevenson won three Olympic gold medals and he was devastating. Jab, jab and when he threw the cross he’d knock them out and it was unbelievable. I liked how Joe would knock a guy out, just turn around and walk off. He fought everybody and maybe he fought a bit too long and it started to go downhill but he had the record of defences.

TD: Depression and mental health in boxing is such a big topic. You’ve travelled the world and spent a lot of time on your own and so forth, have you had times where you’re really struggled?

JJ: I’ve had my issues in growing up and in life and finding my place in the world and I’ve had times when I’ve been depressed, but boxing does release endorphins… It’s hard with the lockdown and stuff, it’s been challenging so it’s been good to be back in training so you have a focus and a goal. But when you don’t have that that’s probably why boxers find it hard after their careers, because they’ve spent so many years of their life in boxing so when it stops they go a bit AWOL, off the rails, start taking drugs… So you have to have a balance and you have to have an outlet and I have art and computer games, so I’m fortunate in that way.

TD: What will you do after boxing?

JJ: When I was struggling when I started boxing out of Earlsfield [ABC] I was a swimming teacher and I would take swimming lessons and I’d train in between that, so I’d finish work and you’d just want to go home and chill out. But then I’d go and train at Earlsfield, which was extreme, that’s probably where I get a lot of my endurance from, but it’s very tough when you’re starting out.

TD: Would you go back to swimming teaching?

JJ: I could, but I don’t know that the money’s quite there! I can definitely be training people for boxing, it’s very rewarding to teach people, to teach children and in swimming teaching I taught kids and adults and it was very rewarding when people could be so afraid in the water and from there you could teach them four strokes. That was rewarding.

NOTE: Joe Joyce is working with Purplebricks to encourage the nation to get behind Team GB on their journey to Tokyo, with the same amazing home support as London 2012.